Christie is demonstrating powerful tools for powerful experiences at InfoComm 2018 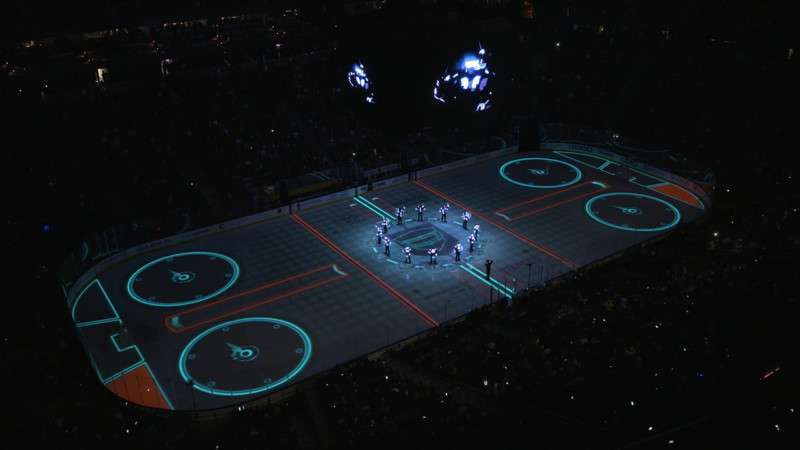 The synergy of Christie® technology in creating a world of the best and most powerful visual display experiences will envelop Booth N706 during InfoComm 2018. The show takes place June 6-8 at the Las Vegas Convention Center and will see the official launch of Christie Guardian as an option in the new, globally debuting, Mystique Install 2.0. Other global launches include the introduction of three new Christie HS Series projectors – including a 4K ultra high definition model – as well as the new Pandoras Box 6.1 which is available in nine languages.

The booth also features a Guardian demonstration showing how the software automatically scans for misaligned blended images and, while the content is playing, almost instantaneously realigns them without disruption or a visible test pattern. In addition, new and exciting content generation tools for Pandoras Box will be shown.

“The combination of Christie hardware, software, data distribution, connectivity, and services creates an unparalleled value proposition for the visual display industry,” said Kathryn Cress, vice president, Global & Corporate Marketing, Christie. “Wherever and whenever the message needs to be visually expressed – whether it’s an international sporting event, stadium concert, a small breakout room or anything in-between – Christie delivers the best tools in the industry for the best and most powerful visual display experiences.”

On June 7 from 10:30 a.m. until noon, at Pavilion 10 in the Westgate Hotel – which uses Christie LED at one of the world’s largest sportsbooks – Christie Senior Product Manager Karl Johnson is teaching the fundamentals of AV over IP technology and network requirements including multicast networking. Mr. Johnson will also explain investment and lifecycle management considerations for SDVoE.

On the InfoComm show floor, Christie specialists will explain and demonstrate how, from project conception to years after installation, Christie’s hardware, software, and services deliver incomparable and memorable visual experiences – as already evidenced by an ever-growing roster of installations.

Numerous sports, entertainment, and corporate venues trust the combined power of Christie hardware and software including Denver’s Pepsi Center – home to the Colorado Avalanche and Denver Nuggets; the Air Canada Centre – which the Toronto Maple Leafs and Toronto Raptors call home; Capital One Arena – home of the Washington Capitals and Washington Wizards, which all rely on Mystique Install for automatic alignment and recalibration of their Christie projectors and Pandoras Box for media compositing and playback. Capital One Arena also uses Christie Terra to transport, process and control AV content over its 10G Ethernet network.

Speaking to the Capital One Arena installation, CJ Davis, Creative Director at Quince Imaging praised the uniqueness and dexterity of Christie technology. “Christie hardware was the obvious choice for this installation. Christie alone has the only truly native 4K-resolution display chip that can produce the high pixel density required to meet the quality we — and our customer, expects. The result is a fully 4K-native workflow from media servers to projectors.”

Christie is also a leader in live events staging applications such as with WorldStage, a trusted Christie partner, which used Christie Boxer projectors for Elton John’s farewell tour official announcement earlier this month. Christie and WorldStage also teamed up at the Adobe Summit on March 18, using both Boxer and Spyder X80.

In addition to both the “No Spectators: The Art of Burning Man,” at Smithsonian American Art Museum’s Renwick Gallery and the Museum of the Bible – both in Washington, DC – the Cleveland Museum of Art and China’s Changchun Museum are among the hundreds of museums, hotels, higher education facilities, houses of worship, airports, and other facilities that are outfitted with the power and reliability of Christie technology.

In lower Manhattan sits the famous 55 Water Street building, complete with an elegant 42 by 8-foot Christie Velvet Apex Series video wall – bisected by a marble pillar – that greets people with the latest information and stunning images of an eclectic New York City.

At Buffalo Airport, in which Christie LED, LCD panels, Spyder X20 and Pandoras Box are used, Kevin Kelly, President & COO of Stampede Global said, “Christie professional services can do it all, even in such a challenging environment. Your engineering team is great.”

Other noteworthy installations include the Zurich Opera, Radio City Music Hall – home to the world famous Rockettes, the Liberty Science Center’s Jennifer Chalsty Planetarium, and several other large screen experiences including both the Cleveland Clinic DOME Theater at the Great Lakes Science Center and the Fernbank Museum’s Giant Screen Theater.

Yet, Christie technology is not just for large-scale entertainment experiences. Leading corporations around the world also choose Christie including L’Oreal’s Paris headquarters and General Motors, and Christie is also the trusted technology source in several command and control rooms including the City of New Orleans, the City of Mobile (Alabama) Police Department, and Princess Cruises, among others.

“Christie’s reputation, obviously, is phenomenal. All over ‘The Strip’ you see Christie projectors…and so that’s where you trust great people to do great things …” said Jonny Greco, vice president, Events and Entertainment, Vegas Golden Knights.

As Greco noted, you’ll find Christie technology throughout Vegas including the Mob Museum, which features over a dozen Christie laser phosphor projectors and where Ryan Markus, director of technology, speaks glowingly of Christie.

“We did an old-school projector shootout, setting several projectors up on tables with the criteria being which was brightest, which gave us the most value and signal compatibility, which provided the best colors, the size requirements for the space, the contrast and much more. The one that stood out above all the rest was Christie. The quality, the brightness, and the color saturation were better. We chose the Christie projectors because we want the best projectors available.”

During InfoComm 2018, Christie will also have a presence at the Da-Lite, Stewart Filmscreen, Alcorn McBride, and JB&A booths.

Joe Kleimanhttp://wwww.themedreality.com
Raised in San Diego on theme parks, zoos, and IMAX films, InPark's Senior Correspondent Joe Kleiman would expand his childhood loves into two decades as a projectionist and theater director within the giant screen industry. In addition to his work in commercial and museum operations, Joe has volunteered his time to animal husbandry at leading facilities in California and Texas and has played a leading management role for a number of performing arts companies. Joe previously served as News Editor and has remained a contributing author to InPark Magazine since 2011. HIs writing has also appeared in Sound & Communications, LF Examiner, Jim Hill Media, The Planetarian, Behind the Thrills, and MiceChat His blog, ThemedReality.com takes an unconventional look at the attractions industry. Follow on twitter @ThemesRenewed Joe lives in Sacramento, California with his wife, dog, and a ghost.
Share
Facebook
Twitter
Linkedin
Email
Print
WhatsApp
Pinterest
ReddIt
Tumblr
Previous articleAudubon Park Master Plan to focus on balance
Next articleTwo new shows join newest season of Ghost Town Alive! at Knott’s Berry Farm