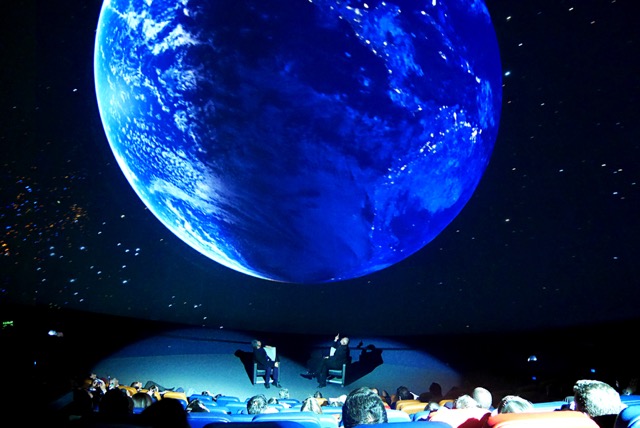 With 20 million pixels and 8K resolution, Maloka is now one of only seven domes of its kind in the world with this advanced capacity for audiovisual presentations.

Eighteen years after it first opened, the revolutionary Maloka dome, seating 314 spectators, has recently been refurbished and upgraded to digital. Once South America’s first dome with a giant screen, with images projected using the 70 millimeters format, it has now replaced an 8/70 projector with which it began operating in 1998 for five Christie Mirage 304K projectors featuring 3DLP® technology and 30,000 lumens. 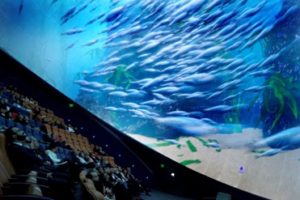 The curved screen has a diameter of 22 meters and completely covers the 180 degree dome, producing a sensation of total immersion in movies and shows. Each of the five Mirage projectors covers 20 percent of the dome, producing a jaw-dropping 150,000 lumens on the screen.

Maloka has also incorporated 3D, using active glasses. The change in technology gives spectators a chance to submerge themselves in a magical dimension and embark on an infinite voyage of sensations and perceptions.

The integral refurbishment of the dome was undertaken by the Swedish company Sciss, experts in solutions for planetariums. The dome uses Uniview, a revolutionary data visualization platform with software from Sciss for the integrated management of projections and presentations. And the dome is equipped with Crown amplifiers and speakers that produce 30,000 watts of surround sound.

Speaking about the Christie Mirage 304K, Cristina Colimon, Maloka’s Director of Operations, said, “It’s a very powerful projector that is proving to be very successful. It is well-built, robust and durable and delivers the quality of image and brightness we were looking for. It produces over 20 million pixels on screen with 8K resolution and outstanding brightness in both 2D and 3D.” 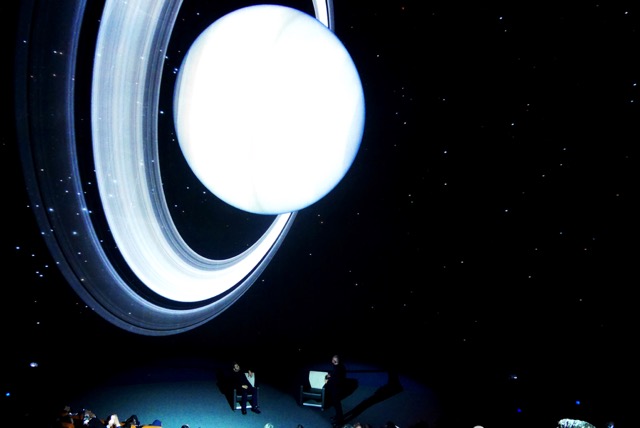 Diego López, Christie general manager for NOLA (North Latin America), pointed out that “We are delighted that our 3D projectors from the Mirage Series are powering such a unique, innovative space in Latin America like Maloka. The reality is that the Mirage 304K has fast become the benchmark projector for large-format stereoscopic projections.”

Thanks to its unique 4K and 120Hz projection system and Christie TruLife® electronic technology, the Mirage 304K generates incredible images and color reproduction in immersive, ultra-bright 3D environments. Performing in any direction, the Christie Mirage 304K can be mounted and operated in any orientation for increased design and installation flexibility.

This is not Maloka’s first experience with Christie projectors. Besides the dome, the center has another 3D auditorium with a flat screen fitted out with a Christie CP2000 projector. “Maloka placed its trust 100% in Christie,” said Colimon. “The Christie CP2000 in the 3D auditorium has proved completely reliable since we installed it eight years ago,” she added.

For the first shows following its recent reopening, the Domo D 8K, as the dome is now called, is presenting educational films Hábitat Tierra, Regreso a la luna and Astronautas por accidente. In addition, the dome regularly organizes meetings with experts from all over the world, interconnections with other domes and immersive multi-screen events in a completely digital platform, as well as offering its installations for immersive corporate presentations.

Joe Kleimanhttp://wwww.themedreality.com
Raised in San Diego on theme parks, zoos, and IMAX films, InPark's Senior Correspondent Joe Kleiman would expand his childhood loves into two decades as a projectionist and theater director within the giant screen industry. In addition to his work in commercial and museum operations, Joe has volunteered his time to animal husbandry at leading facilities in California and Texas and has played a leading management role for a number of performing arts companies. Joe previously served as News Editor and has remained a contributing author to InPark Magazine since 2011. HIs writing has also appeared in Sound & Communications, LF Examiner, Jim Hill Media, The Planetarian, Behind the Thrills, and MiceChat His blog, ThemedReality.com takes an unconventional look at the attractions industry. Follow on twitter @ThemesRenewed Joe lives in Sacramento, California with his wife, dog, and a ghost.
Share
Facebook
Twitter
Linkedin
Email
Print
WhatsApp
Pinterest
ReddIt
Tumblr
Previous articleScruffy Dog Opens Italian Office
Next articleHolovis Preparing Personalized VR Robotic Ride in Conjunction With Kuka and BEC Engineering