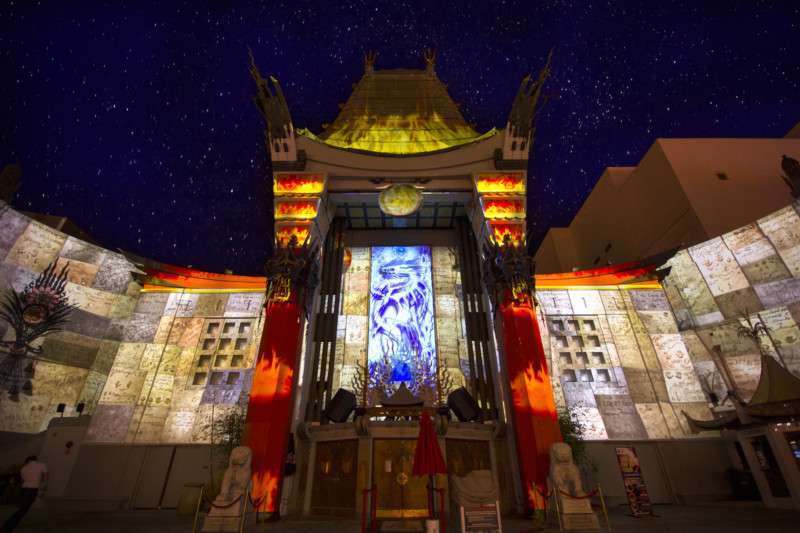 It used to be a familiar refrain at a trade show: Stop by a manufacturer’s booth, ask where their product had lately been installed and how it was being used. Usual response: “We’d love to share this information, but we really don’t know where our product ends up. We don’t know where the dealers are placing it, and we don’t have a relationship with the end user.”

But times have changed. To better address vertical markets, some manufacturers have adopted a more direct, collaborative approach to doing business. Christie is an outstanding example. Christie knows who is using their products (and how), and they have more of a direct influence on that fact than a decade ago. They publish case studies and press releases. They cultivate partnerships, dialog and collaboration with owners, operators, integrators, creatives and a circle of early adopters.

Themed entertainment, giant screen and museum markets are served by Christie’s Location Based
Entertainment team, helmed by senior director of sales Bryan Boehme, who said, “As our markets matured, it became important to us to find out more about what customers were doing with our product, to make sure it was meeting specific needs.”

End users were reaching a similar conclusion at the same time. “They have requested closer relationships, better understanding, how to be more of a partner, and how to make better tech decisions further in advance,” said Boehme. “Now, we have intimate conversations and collaborative sessions that help us understand their direction. We are able to develop and plan for technology that anticipates their needs 2-5 years out, and we are offering more complete projection and display solutions that include support with processing, playback devices, software and projectors. The end users know we’re there for them. The big names come to us.” (As of July 2016, Christie inked a Corporate Partnership agreement with Universal Studios.)

“We keep the dialog going on all fronts,” said Larry Howard, senior regional sales manager (Americas) – theme parks and giant screen experiences. Howard has been in the operator’s position as well as the integrator’s in the course of his career. “At times, the relationship between owner and manufacturer needs to be direct,” he said. “When I worked for Universal, I saw that. There’s the potential for things getting lost in translation with a third party. But there is also significant value to having dealers in the middle, and when I worked as an integrator, I saw that. Our relationships with integrators, system designers and media developers help us in building products, software and services that support what’s happening in the design process, hardware, installation, operations and maintenance after a project is up and running.” From this writer’s perspective, having covered these specialized markets for three decades, it’s been educational and gratifying to watch Christie build its team and establish itself, bringing in products that have helped provide real solutions for cinematic and media-based platforms in entertainment and education. As planetariums have upgraded from optomechanical systems to fulldome, as giant screen theaters have converted from 1570 film to digital projection, as standards of cinematic display have been raised across the board and continue to be raised, Christie has worked to understand and meet these demands – in areas such as stereoscopic 3D, projection mapping, high frame rates, high resolution and color saturation – and to be ready for the next levels.

The company culture, the passion and the mission are consistently there in the words and actions of every Christie team member this writer has conversed with. And it’s hard not to bump into Christie people and products as they have fully, and successfully, embraced this vertical and made their presence ubiquitous within conferences, associations and trade exhibitions as well as their own events.

On a recent visit to Christie’s Kitchener, Canada headquarters, the consistency and passion were again evinced on all fronts – on the projector manufacturing floor, by product managers, engineers and R&D staff – and in the level of detail, quality and awareness of market needs evident in the product demonstrations and displays.

The attractions industry community first captured Boehme’s intense interest at the annual Summit of the Themed Entertainment Association (TEA). “I was inspired by the level of passion people have in this business, where you must continually reinvent yourself,” said Boehme. [Click below for more about the TEA Summit]

Boehme and his team set out to listen and learn, and they have done so. It is apparent that, as Christie pursues its quest to cover the world in pixels, it receives support from within the company at all levels. Howard said, “We have marketing specific to the market, we have a sales group specific to the market, we have engineering and product development that are specific to it.” Boehme and Howard would tell you that their own enthusiasm and passion simply reflect back the dedication that characterizes the markets they serve.

Christie was founded in 1929. Companies don’t persist for nine decades by accident; in fact, the typical company lifespan has become much, much shorter. Experts cite technological disruption and say that nowadays companies need to be willing to exit old businesses and boldly enter new ones.

Writing in Forbes [“How to create a 100-year company,” April 2013], entrepreneur and leadership coach David K. Williams encourages building “organizations that endure instead of…ventures to flip.” When a company invests in its employees, states Williams, employees will return the investment, resulting in “character and principle-based companies that … make for lasting organizations and lasting relationships” and exhibit the traits of respect, belief, loyalty, commitment, trust, courage and gratitude. “…Relationships and partnerships with customers and communities are rock solid, and they produce tremendous returns.”

The late business management guru Peter F. Drucker (1909-2005) was known for his emphasis on human relationships in business, as opposed to number crunching. The business management institute named after Drucker cites the following five categories in which a business should excel: customer satisfaction, employee engagement and development, innovation, social responsibility and financial strength. The Trillium Network for Advanced Manufacturing Ltd., a non-profit dedicated to supporting the growth of manufacturing in the province of Ontario, Canada, published this testimonial in 2015: “The core of Christie’s business is the advanced manufacturing of its projector product lines at its Kitchener, Ontario facility. Christie’s production floor more closely resembles a laboratory environment than a factory. The floor is maintained to a class 10,000 cleanroom standard, meaning the area is designed never to allow more than 10,000 particles per cubic foot of air – an astonishing production feat, given that the average cubic foot of urban air contains around 35 million particles. Yet this standard is at the root of Christie’s company culture, where product quality is paramount and precision manufacturing is a must.”

“I am in the industry that I know,” said Howard. “Since I started with Universal in ‘89, I have been pretty much in or associated with entertainment and theme parks. From a personal standpoint, I work with people I know or have known over 25 years now. The best thing in any profession is that you continually grow, with new challenges all the time. Complacency is an impossibility; slow down and you get run over. We are always moving, always learning. I have always thrived on that. I don’t think I’ve ever had a pair of shoes with any grass growing on them.”

“The client wants to reduce cost, and that’s a key driver of innovation in technology in addition to quality,” says Boehme. “Christie is doing important innovation in laser projection technology, which includes RGB laser, the ‘true laser’ in contrast to laser phosphor; in making a larger color palette, in HDR capabilities; and in adding capabilities to products to reduce the cost of operations and maintenance while expanding the range of creativity.” Boehme continued, “We’re thinking about all the different creative canvases: staging and events, live shows, touring shows, theme parks and attractions, projection mapping, the high end of digital signage and more. It’s healthy to be stretched beyond our comfort zone. It’s how you grow and get better. It’s how we are inspired and exhilarated. We love to listen to customers and figure out how best to serve them tomorrow.” • • •

Christie has gone from being a manufacturer of projectors to a provider of projection and display solutions, with software tools, video processors and interactive servers in order to offer integrated products that help its customers throughout the design, installation and service phases of a project. This whole-product approach, said Larry Howard, enables the company to fulfill industry needs by “bringing a greater level of security and comfort to our customers. There’s just one throat to choke for the entire display solution. It becomes our responsibility from end to end, and actually reduces our risk and allows us to deliver better solutions.”

• With ever more spectacular visual experiences entertaining park and attraction guests year after year, and the ever more complex projector setups required to deliver them, Christie developed Mystique – described as a full suite of software, hardware and services designed to simplify and de-risk projects, and “maintain day-one show quality day-in, day-out without the headaches.”

• Christie’s 2015 acquisition of coolux added real-time media control to their product lineup with the Pandoras Box suite of media servers and players. According to Christie, Pandoras Box
integrates with any Christie projector, and will pair up with Christie’s video processors for an “endto-end solution.”

• Harnessing the power of standardized SDVoE (Software Defined Video over Ethernet) technology, the company introduced Terra in 2017. Christie describes Terra as a new range of controllers, transmitters and receivers that ushers in the shift to standardized AV distribution – AVover-IP – enabling the transport, processing and control of uncompressed, zero-frame latency, artifact-free AV content over affordable 10G networks. “Terra allows for the design of simple, flexible and highly-scalable system architectures that offer improved performance and visual experience over current approaches at a drastically lower cost of ownership.”

• Also in 2017, Christie launched what it bills as the “most powerful multi-screen windowing video processor on the planet” – the Spyder X80. Engineered with direct feedback from Christie’s customers, Spyder X80 is said to offer “unmatched processing power in true [email protected] performance across multiple displays enabling the creation of never-before-seen visual experiences.”

Liberty Science Center, Jersey City, NJ – The new Jennifer Chalsty Planetarium opened in January 2018 and is ranked the largest planetarium in the Western Hemisphere. It is powered by Evans and Sutherland’s groundbreaking True8K™ Digistar 6 system featuring 10 Christie Boxer 4K 30,000 lumen projectors for a total brightness of 300,000 lumens, and a NanoSeam dome. Billy Lynn’s Long Halftime Walk – Celebrated film director Ang Lee is known for both his dramatic storytelling and adoption of new technologies. For Billy Lynn’s Long Halftime Walk (directed by Lee and released in 2016), about a soldier who fought in the Iraq war, Lee decided to push the technological boundaries in order to give the film an “immersive” and “realistic” experience of the reality and emotional journey of soldiers. The movie was shown at select venues in stereoscopic 3D and 4K resolution at 120 frames per second per eye using Christie’s Mirage 4KLH 6P dual-head RGB laser system – the only projection technology capable of displaying the director’s vision as intended. It is the first-ever feature film to be shot in such a high frame rate and the lucky few who were able to see this version of the movie were treated to a memorable, visceral experience.