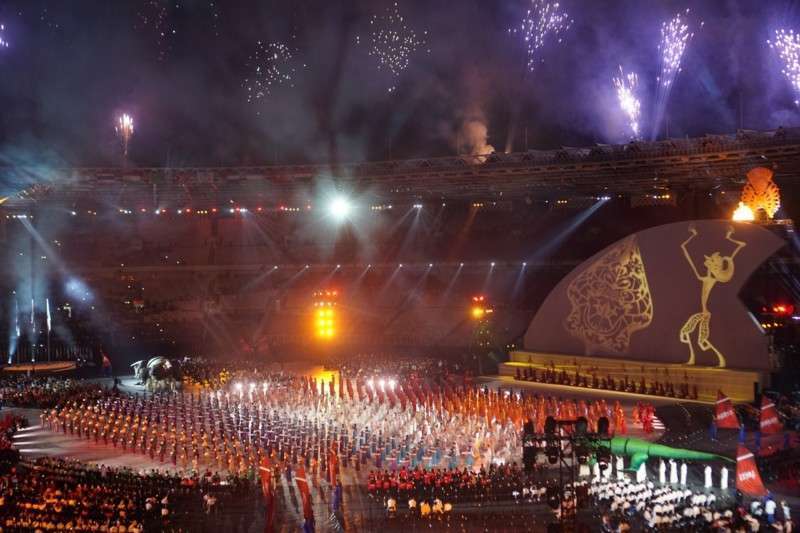 The projections were accomplished using 24Christie® Roadster HD20K-J3DLP® projectors, with bright and colorful visuals displayed on a huge curved-shaped backdrop on the stage that measured 40 meters in width and 20 meters in height. It resembled the equator line with traditional elements and motifs in its structure and architecture, which symbolized the strength and fighting spirit of the country’s Paralympic Games athletes.

“We are absolutely delighted to play a role in the opening ceremony of one of the world’s biggest Paralympic sporting events with a vibrant projection mapping performance during the main show segments,”said Ignatius Alvin Antono, managing director, Argo Visual. “Working side-by-side with Italian-based event organizer Balich Worldwide Show (BWS) engaged by the Indonesian Asian Paralympic Games Organizing Committee (INAPGOC), and local organizer PT. Royalindo Dutaexpo, we have pulled out all the stops to present a top-notch show for audiences from Asia and beyond.” 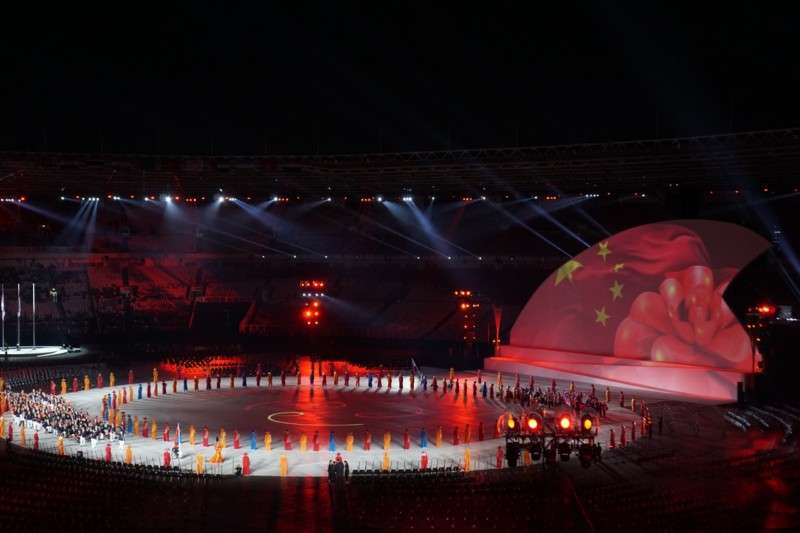 Having recently completed the highly acclaimed projection mapping show at Indonesia’sNational Monument (Monas)in Jakarta to welcome athletes to Indonesia for the 2018 Asian Games, it was a natural choice for Argo Visual to count upon the Christie J Series to provide another round of spectacular visuals for the 2018 Asian Paralympic Games opening ceremony. Antono noted that Argo Visual has been a Christie user for many years, and its trusty fleet of Christie projectors has served the company well on numerous occasions.

The 24 Christie HD20K-J projectors installed at the Gelora Bung Karno Stadium had to be hoisted to the fifth level of the arena using a crane, and fitted in customized stacking frames on two projection towers. Each tower housed 12 projectors situated about 170 meters away from the projection canvas. The physical installation process took three days to complete but the calibration and fine-tuning of the projectors lasted for another 10 days.

“For this event, the most challenging part was the long and extensive working schedule in the lead-up to the opening ceremony, but thankfully, we had everything set up without a glitch for the big day. And our efforts paid off handsomely when spectators cheered and applauded enthusiastically when the projections displaying traditional and modern imagery synchronized perfectly with the movements of hundreds of performers on stage. It was one of our proudest moments, and I’m very pleased that the Christie J Series projectors rose to the occasion once again and delivered optimal visuals throughout the event,” Antono added. 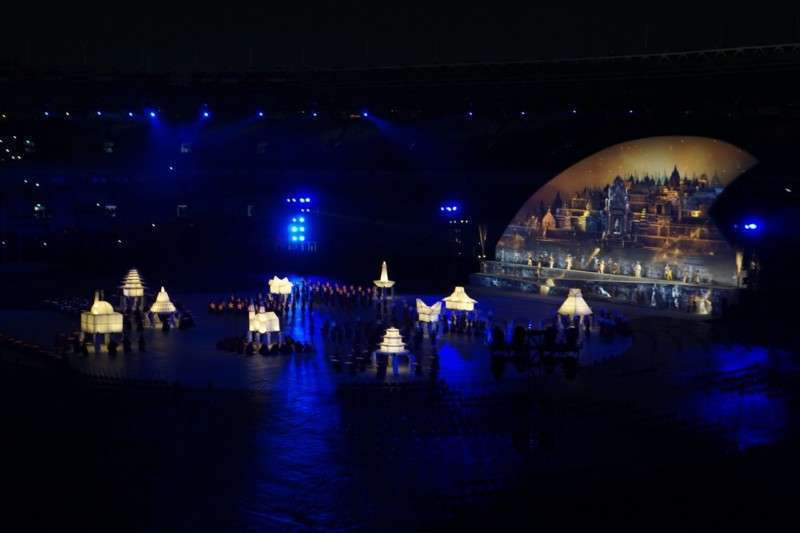 The 2½-hour opening ceremony, broadcast live to millions across Asia, was a flamboyant sequence of unity and inspiration displaying the talent and spirit of people with disabilities, as host country Indonesia welcomed athletes and officials from 43 countries participating in the international multi-sport event under the “We Are One” theme.

Michael Bosworth, Executive Director for APAC, Enterprise, Christie, commented, “The Christie J Series has been the projector of choice for a number of major sporting events worldwide and has earned a solid reputation for offering unbeatable performance, reliability and flexibility in digital projection today. We once again congratulate Alvin and his team at Argo Visual for providing eye-catching projections using the J Series at the Asian Paralympic Games opening ceremony that had created truly memorable shared experiences.”

With a brightness of 20,000 center lumens, HD resolution, a dust-sealed engine, embedded Christie® Twist™ and an Intelligent Lens System, the Christie Roadster HD20K-J high-brightness 3DLP projectors are ideally suited for large screen applications and the most demanding outdoor installations. With a unique optics design and superior image processing, it delivers crisp, clean images with perfect color saturation and spectacular video.

Joe Kleimanhttp://wwww.themedreality.com
Raised in San Diego on theme parks, zoos, and IMAX films, InPark's Senior Correspondent Joe Kleiman would expand his childhood loves into two decades as a projectionist and theater director within the giant screen industry. In addition to his work in commercial and museum operations, Joe has volunteered his time to animal husbandry at leading facilities in California and Texas and has played a leading management role for a number of performing arts companies. Joe previously served as News Editor and has remained a contributing author to InPark Magazine since 2011. HIs writing has also appeared in Sound & Communications, LF Examiner, Jim Hill Media, The Planetarian, Behind the Thrills, and MiceChat His blog, ThemedReality.com takes an unconventional look at the attractions industry. Follow on twitter @ThemesRenewed Joe lives in Sacramento, California with his wife, dog, and a ghost.
Share
Facebook
Twitter
Linkedin
Email
Print
WhatsApp
Pinterest
ReddIt
Tumblr
Previous article
China’s President Xi attends opening of world’s longest bridge, connecting Hong Kong, Macao, and Zhuhai
Next article
David Price authors new book on his father Harrison “Buzz” Price