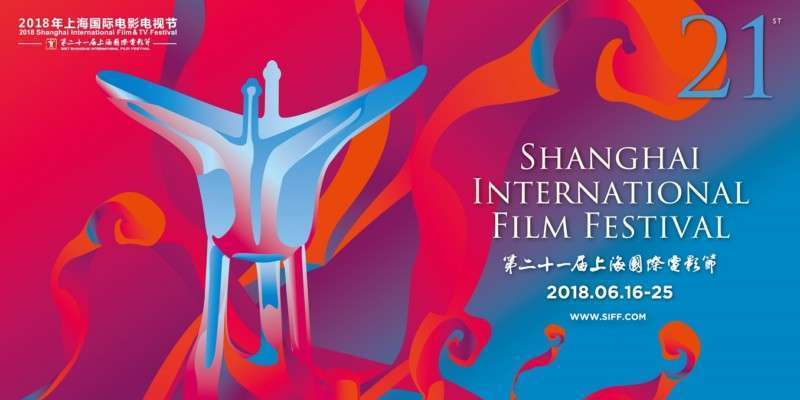 Christie® is marking a decade of collaboration with the Shanghai International Film Festival (SIFF) as the event’s exclusive cinema projection partner.

“This is the tenth consecutive year that Christie has partnered with the SIFF, which is one of the largest and most prestigious film festivals in Asia, by serving as its exclusive cinema projection partner,” said Lin Yu, Vice President, Cinema Sales for Asia, Christie. “It is an honor for us be associated with the SIFF, supplying our cinema projectors for screening feature films from around the world that are distinguished by their artistic excellence. It is a perfect combination of ‘art and technology’, and we are fully committed to delivering the best possible image on screen that allows all audiences to enjoy an immersive and highly satisfying cinema experience.”

Christie’s cinema projection technologies have lit the screens of numerous film festivals around the world, and the company is well-regarded as a trusted partner. Besides the SIFF, Christie is proud to be associated with major film festivals such as the Cannes Film Festival and Toronto International Film Festival, enthralling their audiences with unmatched cinema projection technology, and which brings the creative visions of filmmakers to life on the screen.

Currently in its 21st year, the star-studded festival kicked off in style with the screening of Chinese director Yan Han’s latest film Animal World starring Yifeng Li, Dongyu Zhou and Hollywood star Michael Douglas, which is based on a Japanese manga series named Ultimate Survivor Kaiji. This year the 4K resolution lamp-based Christie CP4230 cinema projector, known for its high-performance and dependability, has been deployed to screen both the opening and closing films at SIFF, which are attended by numerous international and regional celebrities.

In addition, Christie has supplied a Christie CP2215 cinema projector for the adjudication of films nominated for the prestigious Golden Goblet Award for Best Film. More than a dozen films from around the world will be vying for this coveted award this year.

In conjunction with SIFF, Christie is participating in the CinemaS Shanghai International Film Forum and Exhibition, which takes place at the Shanghai World Expo Exhibition and Convention Center from June 20-22, 2018.

During this event, visitors can check out the Christie CP4325-RGB pure laser cinema projector, which is the first in the Christie CineLife Series that features Christie RealLaser™ illumination, making premium RGB pure laser technology affordable for mainstream cinema exhibition. It features a compact ‘all-in-one’ form factor that eliminates the need for sub-ambient external cooling, while providing rich colors and ultra-high contrast.

Also on show is the cutting-edge Christie Vive Audio™ cinema audio solution, which utilizes the superior sound quality of ribbon driver technology, as well as the precise directional performance of line-array speaker design and powerful Class D amplification. It is the ideal solution for the accurate reproduction of today’s digital cinema audio formats.

Known as China’s only non-specialized competitive international film festival accredited by the Paris-based Fédération Internationale des Associations de Producteurs de Films (FIAPF), the SIFF has been supported by the rapid development of China’s film industry and the construction of Shanghai into an international cultural metropolis. At the same time, the SIFF has been building a professional and authoritative cultural exchange platform for foreign and domestic films, expanding its influence through the four major activities including the award, market, forum and film panorama, and enhancing its international communication through the “SIFF World Express” and “the Belt and Road.”

Joe Kleimanhttp://www.themedreality.com
Raised in San Diego on theme parks, zoos, and IMAX films, Joe Kleiman would expand his childhood loves into two decades as a projectionist and theater director within the giant screen industry. In addition to his work in commercial and museum operations, Joe has volunteered his time to animal husbandry at leading facilities in California and Texas and has played a leading management role for a number of performing arts companies. Joe has been News Editor and contributing author to InPark Magazine since 2011. HIs writing has also appeared in Sound & Communications, LF Examiner, Jim Hill Media, and MiceChat. His blog, ThemedReality.com takes an unconventional look at the attractions industry. Follow on twitter @themedreality Joe lives in Sacramento, California with his fiancé, two dogs, and a ghost.
Share
Facebook
Twitter
Linkedin
Email
Print
WhatsApp
Pinterest
ReddIt
Tumblr
Previous articleMilwaukee County Zoo opens otterly fun exhibit from PGAV Destinations
Next articleDates and venues announced for 2019 GSCA events