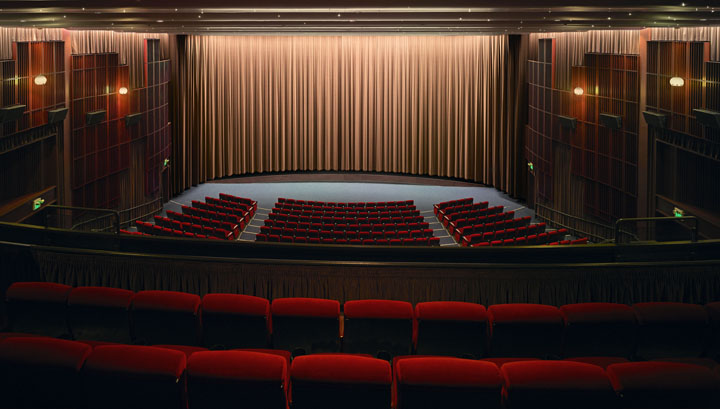 Cypress, CA, USA (August 21, 2013) — Christie, a global leader in digital cinema projection, is pleased to announce that it has been chosen to supply and install the world’s first commercial digital laser projection solution at the Seattle Cinerama Theatre, located at 2100 4th Avenue in Seattle, WA. The purchase order is for a 4K Christie digital laser projector, with scalable light output up to 60,000 lumens.
“When hi-tech visionary Paul G. Allen bought the theater in 1999, he gave Cinerama full rein to innovate in order to provide our community with a cutting-edge movie going experience,” said Cinerama Theatre Manager Greg Wood. “Selecting a laser projection solution – with its ability to render 2D and 3D movies with stunning clarity and brilliant, accurate color rendition – is in keeping with this tradition.

“We were excited by demonstrations of the technology earlier this year by Christie and we are looking forward to welcoming this reliable and brilliant laser projector installation to our space.” 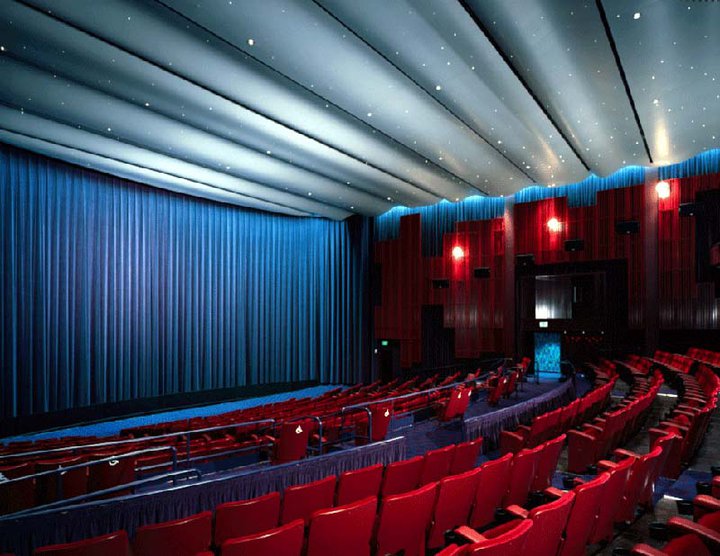 When Paul G. Allen heard in the mid-1990s that Seattle’s historic Cinerama Theatre might close down to become a rock-climbing club, dinner theater, or even a parking lot, he signed a “Save the Cinerama” petition—and later took it a step further by purchasing the old movie-house himself. Seattle’s Cinerama Theatre was one of many opened in the 1950s and 1960s for Cinerama films, technological marvels of their day which were shown on a curved screen utilizing a three-projector system.

In 1998, Allen’s company Vulcan kicked off a major, multi-million dollar renovation of the theatre, refurbishing the interior and exterior, installing state-of-the-art sound and projector systems, and ensuring maximum accessibility for mobility- and sensory-impaired patrons. A grand re-opening celebration took place on April 22, 1999 to welcome the theatre back into commission. Since then, it has regularly been voted one of Seattle’s “best places to watch a movie” and plays host to various film festivals and blockbuster film premieres each year. See www.cinerama.com for current show times.

Christie recently received the first US FDA approval of variance allowing the sale of laser projectors for use in a cinema, which is the first and only such variance to date approved for a manufacturer of DCI-compliant cinema projectors.Said Jack Kline, president & COO, Christie Digital Systems USA, Inc., “Cinerama has a long history of innovation and our latest projector will empower the theater to take the audience experience to the next level. A laser projector is a significant investment for any cinema and the fact that the Seattle Cinerama has chosen Christie to help this venue continue in its capacity as one of the world’s premiere movie theaters is a great vote of confidence.”

Site scoping and technical evaluations will begin in August, with an anticipated switch over from conventional digital projection to the latest Christie digital cinema laser projector planned for early next year. 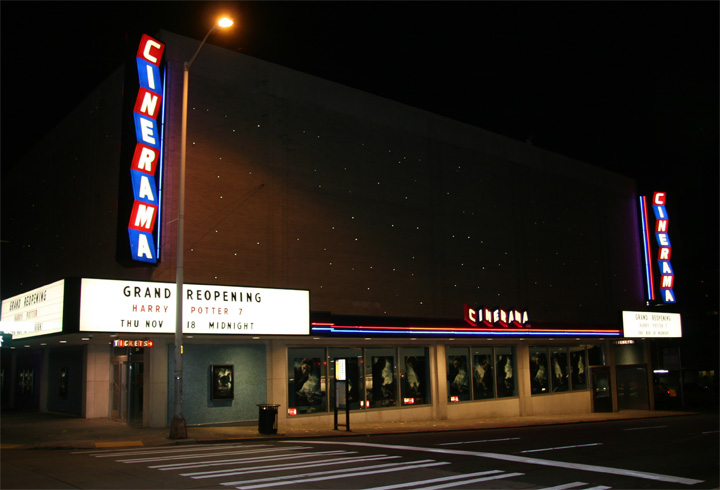 Noted Dr. Don Shaw, senior director, Product Management, Christie Entertainment Solutions, “Cinerama’s huge screen requires the best and brightest in digital cinema projection technology, so it can demonstrate how spectacularly a moviemaker’s vision can be realized when shown at high contrast ratios and intense light levels. This in turn will yield an entirely new and naturally immersive experience for the average moviegoer and aficionados alike. We know that Christie laser projection will deliver beyond everyone’s already-high expectations.”

Christie has a history of innovation without equal in the cinema technology world. For example, most recently and for two full weeks beginning March 28, 2013, Christie joined forces with AMC and Paramount Pictures to project G.I. JOE: RETALIATION in the ‘first’ commercial exhibition of a 3D movie at brightness levels of 14 foot lamberts (ft-L) using laser projection. It was the first ever opportunity for the general public to enjoy compelling, immersive 3D images delivered at 2D light levels.

As well, in 2012 Christie showed select exhibitors in Asia how 72,000 lumens could be achieved, in a demonstration of its prototype laser projector in Beijing. That screening followed the September showing at IBC 2012 in Amsterdam of Hugo 3D – the first CPG (Cameron Pace Group) certified movie –introduced by Dr. Shaw, along with noted stereographers, Demetri Portelli and Corey Turner (‘Transformers: Dark of the Moon’). The movie was then projected using Christie’s 4K laser projector prototype.

Christie intends to introduce a wide range of laser projectors building on core technologies and architectures, to power applications for the digital cinema, pro AV, visualization and simulation markets, throughout 2013 and beyond.

Joe Kleimanhttp://wwww.themedreality.com
Raised in San Diego on theme parks, zoos, and IMAX films, InPark's Senior Correspondent Joe Kleiman would expand his childhood loves into two decades as a projectionist and theater director within the giant screen industry. In addition to his work in commercial and museum operations, Joe has volunteered his time to animal husbandry at leading facilities in California and Texas and has played a leading management role for a number of performing arts companies. Joe previously served as News Editor and has remained a contributing author to InPark Magazine since 2011. HIs writing has also appeared in Sound & Communications, LF Examiner, Jim Hill Media, The Planetarian, Behind the Thrills, and MiceChat His blog, ThemedReality.com takes an unconventional look at the attractions industry. Follow on twitter @ThemesRenewed Joe lives in Sacramento, California with his wife, dog, and a ghost.
Share
Facebook
Twitter
Linkedin
Email
Print
WhatsApp
Pinterest
ReddIt
Tumblr
Previous articleElectrosonic Hosting New Technologies Solutions Event Sept 4th and 5th in UK
Next articleMarty Sklar to Hold Booksigning for TEA Members at Walt Disney Imagineering August 29