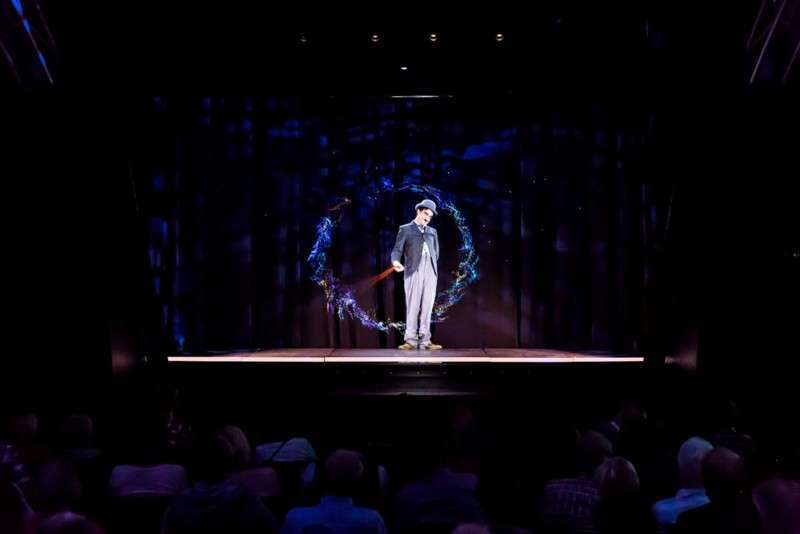 TUI Cruises has been established on the German market for modern ocean cruises for many years with its Mein Schiff brand. The ‘feel-good fleet’ offers guests premium service with an all-inclusive concept in an atmosphere characterized by modern design, convenience and state-of-the-art technical equipment.

“Our guests expect a high-quality entertainment program that can compete with the standards they are used to in their day-to-day lives, in both an artistic and a technical sense,” said Jochen Schelper, project manager, Entertainment, TUI Cruises. “Nearly everyone now watches television in HD quality. So 4K is a must for video projections on large screens for the show program.” 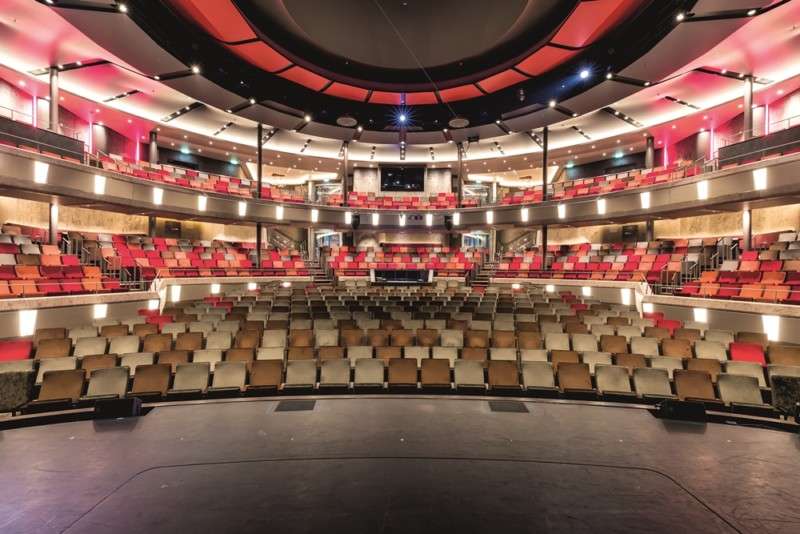 The entertainment program is staged at three locations, each with its own requirements and space constraints. However, the omnidirectional Boxer overcame each challenge. There is the large theater that holds approximately 1,000 people, the smaller ‘studio’ theater for the daily hologram show along with other presentations, and, finally, the pool deck where a large light show with accompanying music takes place.

The large theater on Deck 4 is the focal point for evening entertainment. It features a cinema-sized projection screen with a Christie Boxer 4K30 installed above the gallery in the catwalk. Content is managed and delivered using Pandoras Box Media Managers with two servers as a backup and for show control. Housed in a Tempest enclosure, an additional Boxer 4K30 is used outdoors where temperatures can fluctuate from Arctic cold to Caribbean heat.

“The Boxer 4K30 was the only unit to meet all requirements, especially when it came to the high light output and native 4K resolution, which is why we use the projector at all three locations,” Schelper added. He said the redundant lamp assembly guarantees interruption-free operation. “It is difficult to procure spare parts on the high seas but when using six lamps the show can be staged through to the end even if one lamp fails.” 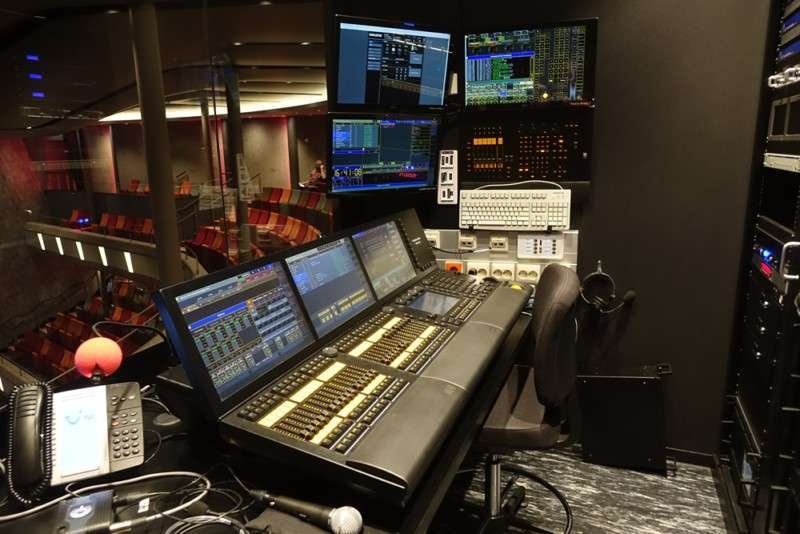 But alongside projection power and reliability, great demands are also placed on the projectors when it comes to robustness, challenging operating conditions, and limited installation options.

“Because we are on a ship, there are constantly larger or smaller vibrations from the engines and waves. So we use shock absorbers and suspension mechanisms in the studio to cushion these vibrations,” said Torsten Hirche, technical director, TUI Cruises.

The spatial conditions on board are limited. A Pepper’s Ghost illusion with mirror images is used for the hologram show in the studio. For this trick, a special holographic effect is created using a projection film and special lighting in front of and behind the stage, allowing objects or people to appear and disappear.

According to Hirche, this was the biggest challenge from a technical point of view because “You are projecting from a very small distance. Due to the spatial circumstances, the projector has to run at 45-degree angle from the ceiling. A native 4K resolution is essential with such a small projection distance.”

“We were so thrilled with the result we got using the Boxer that we now want to retrofit the projector on other ships, too” concluded Hirche.

“Christie Pandoras Box has been the choice time and again for live events because it gives users complete control over the entire workflow while unleashing creative possibilities – in this case combined with Christie Boxer – that audiences will remember fondly for a long time,” added Arlonna Seymour, senior director, corporate marketing, Christie.

Joe Kleimanhttp://wwww.themedreality.com
Raised in San Diego on theme parks, zoos, and IMAX films, InPark's Senior Correspondent Joe Kleiman would expand his childhood loves into two decades as a projectionist and theater director within the giant screen industry. In addition to his work in commercial and museum operations, Joe has volunteered his time to animal husbandry at leading facilities in California and Texas and has played a leading management role for a number of performing arts companies. Joe previously served as News Editor and has remained a contributing author to InPark Magazine since 2011. HIs writing has also appeared in Sound & Communications, LF Examiner, Jim Hill Media, The Planetarian, Behind the Thrills, and MiceChat His blog, ThemedReality.com takes an unconventional look at the attractions industry. Follow on twitter @ThemesRenewed Joe lives in Sacramento, California with his wife, dog, and a ghost.
Share
Facebook
Twitter
Linkedin
Email
Print
WhatsApp
Pinterest
ReddIt
Tumblr
Previous articleMeow Wolf reimagines the dark ride with Kaleidoscape at Elitch Gardens
Next articleFirst SPACES Center opens at Irvine Spectrum with VR quest to fight Terminators for the future