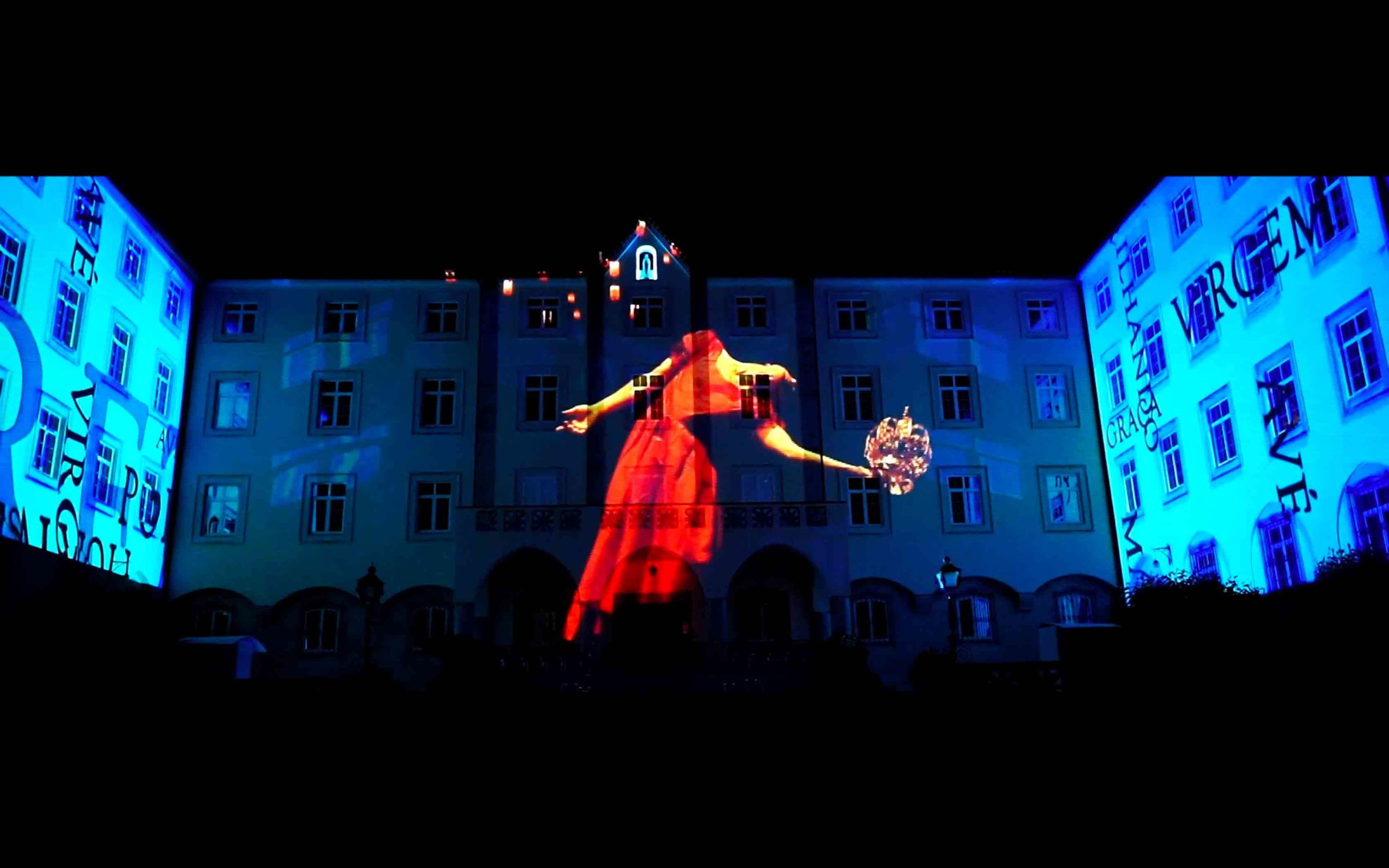 Vortice Dance Company, one of Portugal’s most internationally prestigious dance companies, produced a video-mapping show with no audience in seats using Christie® projectors as a tribute to the pilgrims unable to travel to Fátima this year to visit the Sanctuary of Fátima due to the global COVID-19 pandemic.

Fátima, located in the center of Portugal, with a population of 11,000 people, is home to the Sanctuary of Our Lady of Fátima, world famous for pilgrimage for Catholics, and welcomes around six million people every year.

The show, Pellegrino, meaning ‘pilgrim’ in Italian, was staged without a live audience. Vortice created a spectacular 90-square meter projection mapping on the façade of the Missionários da Consolata building, accompanied by dance and streamed live to an audience of 25,000 people.

According to the show’s creators, Pellegrino was a message of hope for the future and a way of saying thank you to all healthcare workers. The spectacle also had a community and interactive component to it, with a large part of the images screened on the façade coming from pilgrims themselves. The mapping also included previous Vortice project videos with Fátima.

As Rafael Carriço, director and choreographer, Vortice, explained: “Once again, the Christie HS Series projectors proved their incredible brightness and enabled us to map such a large area with just five units, giving us truly stunning visuals. We are delighted with how the brand responded and with the service and support from the distributor Total AV.”

Vortice Dance Company was created by choreographers and theatre directors Cláudia Martins and Rafael Carriço in 2001. It has won many international awards, with special mention for the Grand Prix of Choreography in Helsinki. The company has garnered an enviable reputation for the technical prowess of its dancers and for its exquisite use of digital technologies in amazing productions that combine choreography and multimedia.