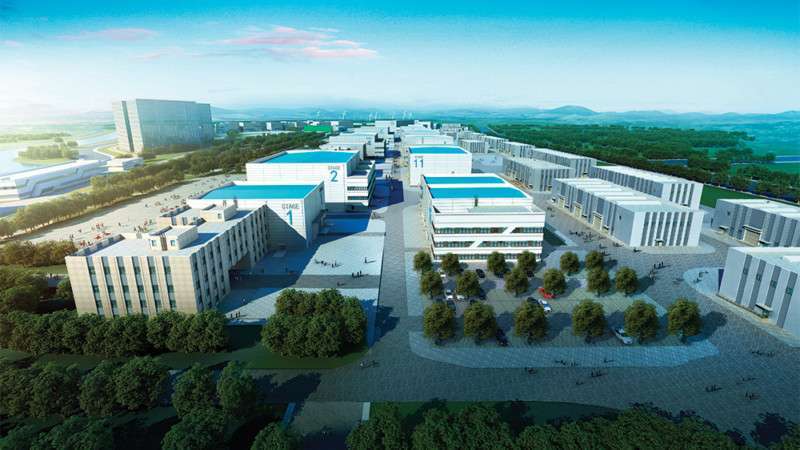 Christie® has announced that it has entered into an agreement with Wanda Film Holding, a subsidiary of Wanda Group and the Asia’s largest cinema operator, to jointly establish a research and development (R&D) center for cinema technology within the Wanda Studios’ site in Qingdao, Shandong Province, China.

The Wanda-Christie Cinema Technology Center of Excellence (CTCE) will be solely owned by Wanda Film Holding, with Christie as the sole partner to exclusively operate the high-tech facility for advanced R&D of digital cinema projection systems, including:

John Zeng, President, Wanda Film Holding, said, “We’re pleased to once again collaborate with our longstanding partner Christie to set up the CTCE at our Studios site in Qingdao. This is a landmark agreement that will elevate the relationship of both companies to new heights. I’m confident that with Christie’s strong commitment to technological innovation, particularly in RGB laser, we can achieve the objectives of staying at the forefront of cutting-edge cinema technologies and to continue providing high-quality, innovative shared experiences for our customers.”

“We are honored to work with Wanda Film Holding in setting up this state-of-the-art R&D facility with the common goal of exploring technology solutions to enhance the cinema experience and to ensure that the brick and mortar cinema remains consumers’ top choice for watching movies,” said Jack Kline, Chairman, President and CEO of all of Christie’s operating companies, worldwide. “This agreement is the result of the deep and mutually-satisfying relationship that both companies have embarked on for almost a decade, and which has seen productive engagements ever since. With the CTCE, we look forward to advancing our laser and illumination technologies, and continuing to put Wanda Film Holding at the forefront of the film industry across the globe.”

The CTCE will assist Wanda and Christie in areas such as the selection of laser/illumination technology, including guidance on choosing the best retrofit technology where appropriate for Xenon-to-RGB laser technology globally to Christie’s installed base of more than 60,000 digital cinema projectors worldwide. Additionally, the site will serve as a guide for Christie’s product development, especially for any customized products to be supplied exclusively to Wanda or any of its affiliates. Christie will also use CTCE as its primary commercial test site for all new cinema products.

Wanda Film Holding and Christie will officially open the CTCE at a ceremony in Wanda Studios on April 27, during which senior executives from both companies will unveil a plaque marking this new joint collaboration. The event will also be attended by officials from China’s Ministry of Science and Technology based in Qingdao.

Prior to this collaboration, Wanda Film Holding had signed an exclusive strategic partnership agreement with Christie to install several thousand Christie Solaria® Series 2K and 4K digital cinema projectors, as well as the Christie Vive Audio™ solution in selected theaters.

As well, Wanda Film Holding and Christie have embarked on initiatives in recent years to promote the technology, branding and market development of Wanda’s “Hall 9” auditoriums, some of which are equipped with Christie RGB laser projection and Vive Audio cinema sound system, such as Beijing’s CBD Wanda Plaza, Tongzhou Wanda Plaza and Shanghai’s Wujiaochang Wanda Cinema.

Joe Kleimanhttp://wwww.themedreality.com
Raised in San Diego on theme parks, zoos, and IMAX films, Joe Kleiman would expand his childhood loves into two decades as a projectionist and theater director within the giant screen industry. In addition to his work in commercial and museum operations, Joe has volunteered his time to animal husbandry at leading facilities in California and Texas and has played a leading management role for a number of performing arts companies. Joe has been News Editor and contributing author to InPark Magazine since 2011. HIs writing has also appeared in Sound & Communications, LF Examiner, Jim Hill Media, and MiceChat. His blog, ThemedReality.com takes an unconventional look at the attractions industry. Follow on twitter @ThemesRenewed Joe lives in Sacramento, California with his fiancé, two dogs, and a ghost.
Share
Facebook
Twitter
Linkedin
Email
Print
WhatsApp
Pinterest
ReddIt
Tumblr
Previous articleJeffery Hardin Named Executive Director of National Blues Museum
Next articleRéalisations-Montréal and Thinkwell Group Enter Into Strategic Partnership