Christie extends the undersea experience at Xpark Aquarium in Taiwan 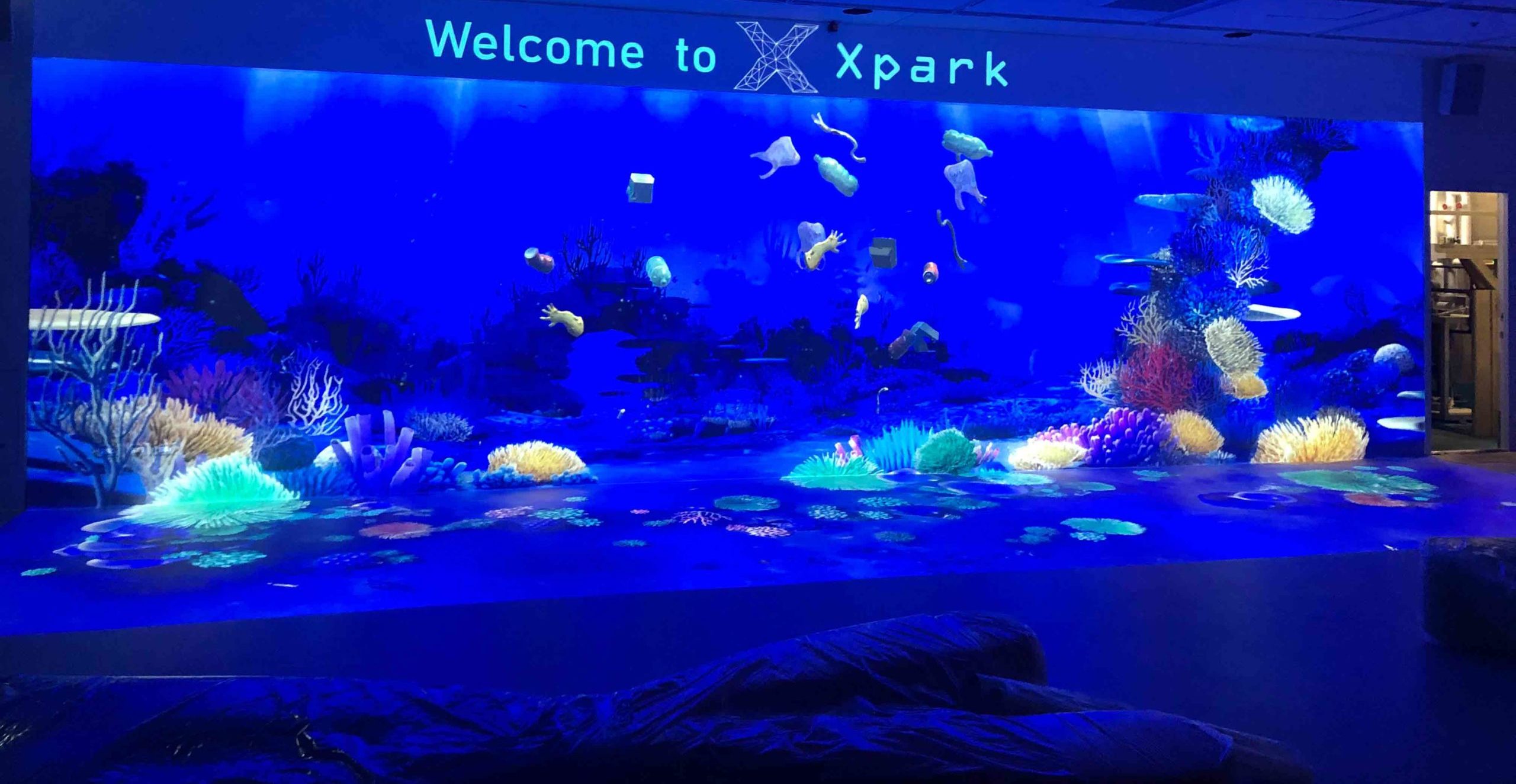 Christie® laser projectors and image processing solutions have raised the level of excitement and sense of immersion with spectacular projections at the newly opened Xpark Aquarium in Taipei City.

Located in the northwestern municipality of Taoyuan, Xpark is touted as Taiwan’s first world-class “super Xtra-sensory” aquarium. It occupies a total area of 15,000 square meters, houses some 30,000 fishes from more than 300 species and consists of 13 exhibition areas. Modeled after the famous Yokohama Hakkeijima Sea Paradise in Japan, it leverages visual technology solutions extensively to create the wow factor and enhance the overall visitor experience.

“Xpark Aquarium is arguably one of the most complex and demanding installs that we have partaken in recent years, but it is also very rewarding and satisfying,” said Terence Lee, product manager, Dacoms Technology. “We have deployed a total of 60 Christie 1DLP laser projectors to illuminate four major exhibition zones with dazzling floor and wall projections that perfectly complement the fascinating marine life on display. The projected contents are driven by the versatile Christie Pandoras Box Compact and Media Players.”

Lee noted that various factors including long-lasting laser illumination, performance, color accuracy and dependability are considered when deploying projection equipment in this modern aquatic museum. “Not only do the projectors have to display life-like images and natural color reproduction, they also need to be rugged enough to withstand high-usage conditions, and yet operate silently without impacting the visitor experience.”

Christie’s GS and Captiva Series laser projectors, with their powerful performance, small form factor and ultra-quiet operation, met all the stringent requirements and emerged as the ideal systems for this installation. The projectors are paired with Christie Pandoras Box Compact and Media Players, which are designed for 24/7 use and is built using server-grade hardware, for maximum performance and reliability.

“We have also created a customized program using the Widget Designer that enables the Pandoras Box Compact and Media Players to automatically switch on or shut down all the projectors, audio equipment, playback systems, as well as display and lighting systems in the aquarium according to the opening and closing times. This powerful feature has helped to automate these daily tasks and allows the aquarium’s employees to focus on other areas of their work,” Lee added.

Officially opened on August 7, Xpark Aquarium has become the most popular attraction in Taiwan and tickets to the facility are in high demand. Exhibition zones that feature Christie projections, such as “Diving in Coral Sea”, “Rainforest Adventure” and “Healing Jellyfish” are a hit with visitors as the displayed visuals create a heightened sense of immersion and illusion that they are exploring a mysterious and exciting underwater world.

The end results of the projections across various exhibition zones have exceeded expectations, with visitors and the aquarium’s management lauding the images as a “stunning display of art and visual technology” that transforms the look and feel of each zone, which in turn increases the overall appeal of Xpark Aquarium.