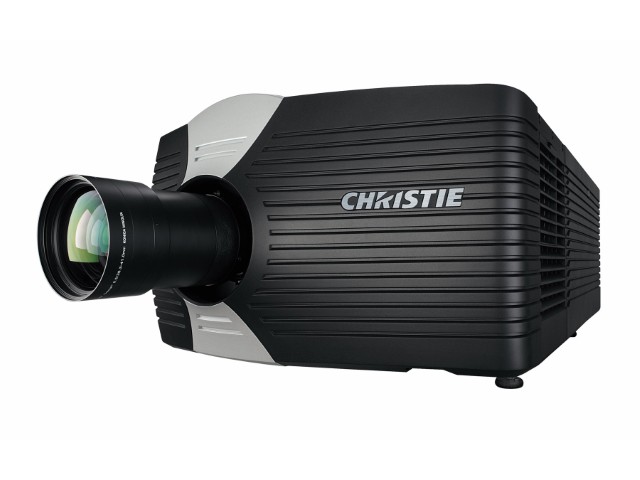 “Recent declines in domestic 3D movie attendance are a sign that the novelty is wearing off, with audiences less willing to pay a premium for what is all too often a mediocre experience. The lackluster quality of this experience results from a number of technical limitations with current 3D system architectures, the most serious one being restricted light levels that amount to only 10-30 percent of those levels achieved for 2D presentations,” said Don Shaw, senior director, Product Management, Christie Entertainment Solutions. “Simply put, the movies are too dark, leaving audiences struggling to discern critical details that make up the image in front of them.”

“Christie’s latest laser projection technology, using 6 specific primary colors rather than filtered or polarized broad-spectrum white light, brings dramatically improved 3D efficiency to projection systems, regardless of the size of screen in premium movie theaters,” added Shaw. “We believe that this is the future of 3D cinema projection, that it is right around the corner, and that it will be a key element in boosting 3D box office revenues around the world. Our CinemaCon and NAB Show demonstrations will be the first 6P laser events available to the broad cinema community, from filmmakers to exhibitors, and reaffirms Christie’s 80-year commitment to cinema innovation, rather than ‘moving beyond digital cinema’ as some other industry players have promised.”

At least twice as efficient as today’s best 3D systems, Christie’s 6P laser projectors generate a proprietary mix of photoptically-optimized light wavelengths for each eye directly from the source, in effect eliminating the need for a highly inefficient stage of filtering or polarizing the light as it leaves the projector. The Christie demos will use Dolby 3D glasses specifically engineered to exactly match the 6 primary laser light wavelengths to yield nearly 90 percent light efficiency. “Their color separation based technique for 3D is well regarded as the gold standard among industry professionals, especially for its true color reproduction, compatibility with low-gain white screens, and superior crosstalk performance – only now it can be part of a system that is tremendously more light efficient,” said Shaw.

“Having had the opportunity to witness an early 6P laser demo at Christie’s worldwide center for engineering, research and development in Canada, I can confidently state that this is an exciting and important innovation in 3D cinema,“ said Matt Cowan, Co-founder & Senior Technical Advisor at Entertainment Technology Consultants. “I look forward to further refinement of this technology and upcoming installation in premiere theaters around the world.”

Consistent with efforts so far in developing 3-Primary (3P) laser projectors, which Christie sees filling important needs in several, non-cinema industries,Christie laser projectors will provide industry-leading brightness (up to 72,000 Lumens per projector head), wider color gamut capabilities, higher contrast, and dramatically reduced maintenance requirements, resulting in a better experience for all applications. As part of its largest research and development program ever, Christie will continue to develop superior 6P and 3P laser projection solutions for all of its global customers.

Specific to the development of cinema laser projectors, Christie leads the industry in this area, having announced last year that it would supply and install the world’s first commercial laser projection solution for the Seattle Cinerama Theatre, and that it was the first to receive a US FDA approval of variance allowing the sale and installation of laser projectors in movie theaters and other high performance projection venues.

Joe Kleimanhttp://wwww.themedreality.com
Raised in San Diego on theme parks, zoos, and IMAX films, InPark's Senior Correspondent Joe Kleiman would expand his childhood loves into two decades as a projectionist and theater director within the giant screen industry. In addition to his work in commercial and museum operations, Joe has volunteered his time to animal husbandry at leading facilities in California and Texas and has played a leading management role for a number of performing arts companies. Joe previously served as News Editor and has remained a contributing author to InPark Magazine since 2011. HIs writing has also appeared in Sound & Communications, LF Examiner, Jim Hill Media, The Planetarian, Behind the Thrills, and MiceChat His blog, ThemedReality.com takes an unconventional look at the attractions industry. Follow on twitter @ThemesRenewed Joe lives in Sacramento, California with his wife, dog, and a ghost.
Share
Facebook
Twitter
Linkedin
Email
Print
WhatsApp
Pinterest
ReddIt
Tumblr
Previous article
EarthQuest Announces Plans to Double Size at Proposed Houston Resort
Next article
Cedar Point Expanding Lighthouse Point Resort