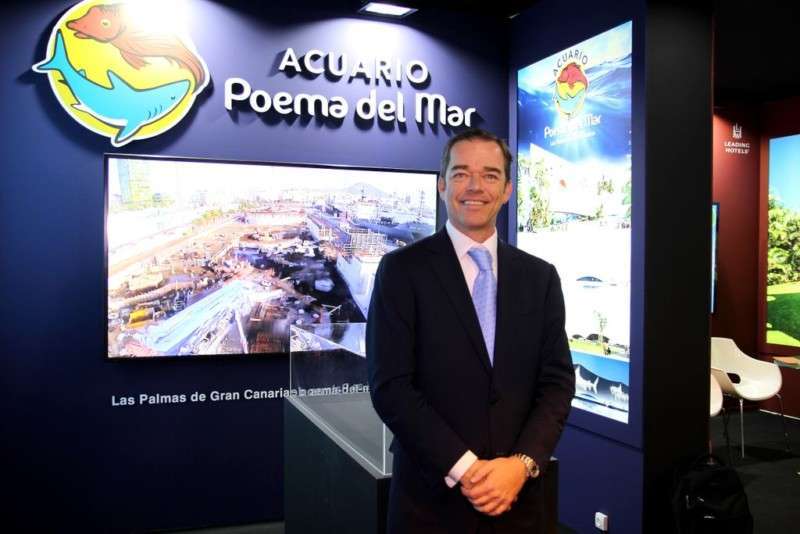 Experienced leisure industry professional Christoph Kiessling will talk about his life and experiences in operating world-class attractions during the Euro Attractions Show (EAS) Leadership Breakfast 2017 in Berlin on Wednesday September 27. Since 1994, Kiessling has fulfilled key leadership positions at the Loro Parque zoo in the Canary Islands and he founded the Siam Park water park in Tenerife in 2005. Today, he is also the general manager of Siam Park. Kiessling will share his knowledge, experience, and vision for his company and the industry as he presents the keynote address during the EAS Leadership Breakfast in the EAS Theater at the Berlin Messe Exhibition Center.

TripAdvisor customers have named Loro Parque the best zoo in Europe and the second best zoo in the world. Opened originally as a paradise for parrots, the park has evolved into a world-class zoo that has entertained more than 40 million visitors since it opened in 1972.The park invests heavily and has become a leading advocate for wildlife conservation. In 2008, Kiessling opened the Siam Park water park on the other side of Tenerife. The high-quality park is known for its unique themed slides constructed on a natural slope, its green vegetation, and Asian theming, a wide range of food and beverage offerings, and unique sights and vistas. Siam Park has been recognized as one of the best water parks in the world by TripAdvisor.

Christoph Kiessling and his team continue to develop their attractions with new offerings, rides, and general park expansions. The team is also developing new attractions including an aquarium in Las Palmas, Gran Canaria and another Siam Park-style water park in the same area. The aquarium is scheduled to open later in 2017.

The EAS Leadership Breakfast is on Wednesday September 27, 2017. It starts at 8:30 am with a hot breakfast followed by Kiessling’s presentation at 09:10. The event ends at 10:00 when the EAS exhibit floor opens. Attendees must purchase a ticket for the Leadership Breakfast and be registered to attend EAS 2017 in order to attend the event and Kiessling’s presentation. The tickets for the event and EAS registration information are now available at www.IAAPA.org/EAS.

Joe Kleimanhttp://wwww.themedreality.com
Raised in San Diego on theme parks, zoos, and IMAX films, InPark's Senior Correspondent Joe Kleiman would expand his childhood loves into two decades as a projectionist and theater director within the giant screen industry. In addition to his work in commercial and museum operations, Joe has volunteered his time to animal husbandry at leading facilities in California and Texas and has played a leading management role for a number of performing arts companies. Joe previously served as News Editor and has remained a contributing author to InPark Magazine since 2011. HIs writing has also appeared in Sound & Communications, LF Examiner, Jim Hill Media, The Planetarian, Behind the Thrills, and MiceChat His blog, ThemedReality.com takes an unconventional look at the attractions industry. Follow on twitter @ThemesRenewed Joe lives in Sacramento, California with his wife, dog, and a ghost.
Share
Facebook
Twitter
Linkedin
Email
Print
WhatsApp
Pinterest
ReddIt
Tumblr
Previous article
Christie Projectors Bring New Adventures to Life at Harbin Wanda Cultural Tourism City
Next article
Gerstlauer and Ride Entertainment Bring Coaster Fun Back to Casino Pier