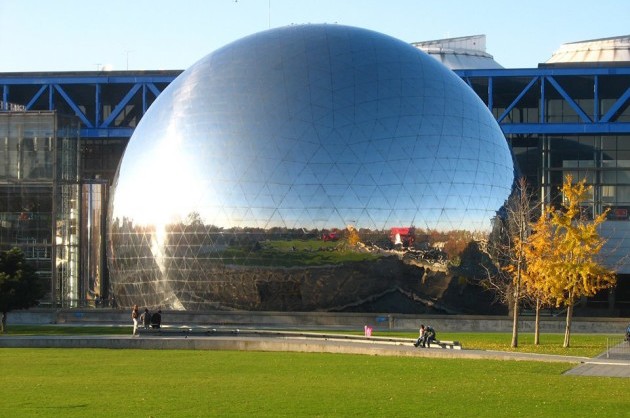 Paris and Montreuil, France (May 12, 2015) — Italian cinema projector technology company, Cinemeccanica, and Euromax, the European Association for Giant Screen and Documentary Cinema, have announced a significant partnership and demonstration of Digital Laser Projection on the Giant Screen at the 2015 Euromax Meeting. This year’s event will be hosted by giant screen theatre venue, La Géode, Paris, from 7-9 June and will feature the European premiere of many new giant screen films. The annual Euromax meeting attracts professionals from the industries of Giant Screen Cinema, Technology, and 3D documentary cinema. 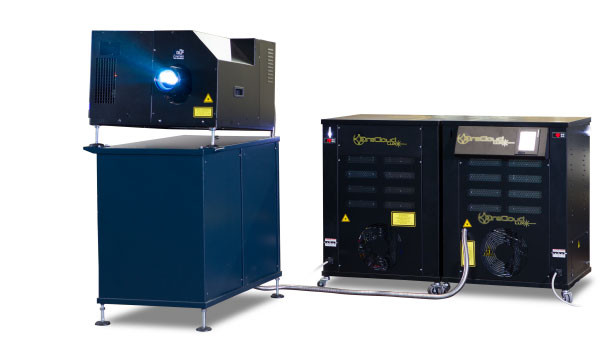 One of the key topics again on the agenda of Euromax at the 2015 event, is that of digital laser projection, and of the industries migration from the famous IMAX 70mm / 15 perf. format to all an digital configuration, and now to that of high performing laser projection systems.

This demonstration will mark an important milestone for giant screen experts who will be able to compare performance against other key technologies and market-leading solutions, notably a 15/70 IMAX projection system, and a Xenon digital projection (both 2D and 3D).

The new LUX solution features modular 6P laser source projectors providing a massive 30 percent increase in brightness, a lifetime of 30,000 hours rather than 500, and a gain in energy efficiency of more than 50 percent.

The LUX laser light engine provides cinemas and event production professionals, among others, with a 3D system-agnostic solution that allows all standard 3D techniques, including 6P color separation. It also offers greatly improved brightness for 2D. These professionals can now operate at a higher level of consistency and confidence as the LUX laser light engine delivers constant brightness powering up the largest screens with no xenon light decay. 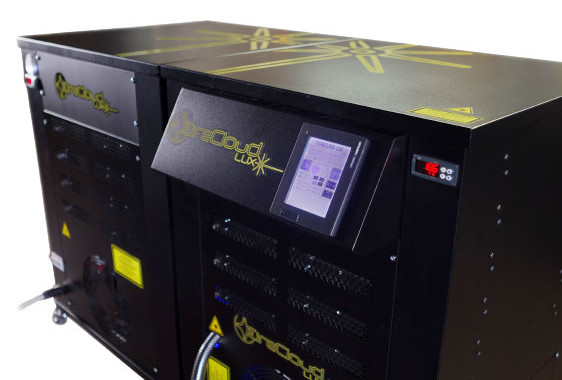 Patrick Muller, CEO of Cinemeccanica France explained; “We are very happy to begin a new journey into the world of Giant Screen Cinema, engaging the interest of both La Géode and Euromax with solutions we believe provide an answer to the challenging performance needs of giant screen theatres. We have recently returned from CinemaCon, where we received strong interest from cinema and live event industries in our new line of laser projectors, laser light engines and specialist services. We look forward to new partnerships and anticipate fast growth.”

Laurent Dondey, CEO of La Géode and president Euromax added; “We had no foresight, six months ago, that a solution of this specification and performance would be ready to market, and in particular, that it could be demonstrated at La Geode. We congratulate Cinemeccanica for its willingness to bring such an exciting technology to the Euromax event. This demonstration will represent a big step for the giant screen business, especially for La Géode since we are in the midst of our 30th anniversary celebration.”

Joe Kleimanhttp://wwww.themedreality.com
Raised in San Diego on theme parks, zoos, and IMAX films, InPark's Senior Correspondent Joe Kleiman would expand his childhood loves into two decades as a projectionist and theater director within the giant screen industry. In addition to his work in commercial and museum operations, Joe has volunteered his time to animal husbandry at leading facilities in California and Texas and has played a leading management role for a number of performing arts companies. Joe previously served as News Editor and has remained a contributing author to InPark Magazine since 2011. HIs writing has also appeared in Sound & Communications, LF Examiner, Jim Hill Media, The Planetarian, Behind the Thrills, and MiceChat His blog, ThemedReality.com takes an unconventional look at the attractions industry. Follow on twitter @ThemesRenewed Joe lives in Sacramento, California with his wife, dog, and a ghost.
Share
Facebook
Twitter
Linkedin
Email
Print
WhatsApp
Pinterest
ReddIt
Tumblr
Previous articleProduction Resource Group to Acquire XL Video Group
Next articleConstruction Begins on PortAventura’s New Ferrari Theme Park