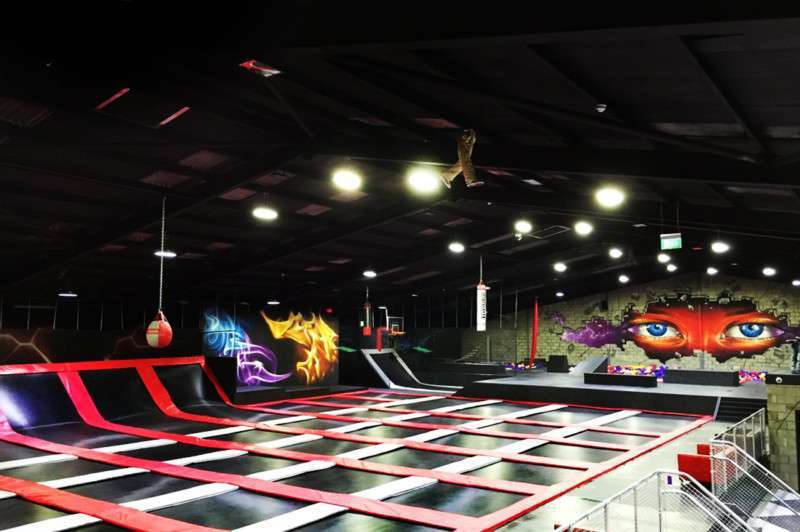 June 5, 2019 — CircusTrix, the world’s largest developer, operator, and franchisor of indoor active recreation centers, today announced the appointment of Fernando Eiroa as Chief Executive Officer. As CircusTrix’s new CEO, Mr. Eiroa will lead a company that has experienced rapid growth since its founding in 2011, including adding approximately 50 new locations in 2018. CircusTrix now has a network of more than 260 locations in the U.S., more than 320 total locations globally, both owned and through its franchise partners, in nearly 20 countries.

“As the demand for experiential entertainment continues to increase in the U.S. and worldwide, Fernando’s level of leisure industry experience and global background makes him a unique leader to guide CircusTrix to even greater success,” said Allen Rodriguez, executive chairman of the CircusTrix board of directors. “We are particularly thrilled to benefit from his expertise in building world-class experiences as CircusTrix continually enhances how our more than 40 million annual visitors enjoy our parks.”

Mr. Eiroa served as CEO of Parques Reunidos until 2018, having led the company to its IPO in 2016. Parques Reunidos, which generated revenue of more than $650 million in 2018, is one of the world’s leading leisure park operators with more than 60 locations in 14 countries, including 25 locations in the U.S. He previously served for nine years as President and CEO of California-based Palace Entertainment, the largest U.S.-based subsidiary of Parques Reunidos.

“I am excited to join the CircusTrix team, and I look forward to leading the company as it continues to achieve its strategic objectives in the experiential entertainment industry. CircusTrix is the premier new trend in this industry based on fun, physical activity that is directly relatable to social media-minded Gen Z,” Mr. Eiroa said. “After 15 years in the traditional leisure park space, I appreciate the effort and expertise required to build the exciting recreational concept of the future. CircusTrix is a game changer.”

Mr. Eiroa succeeds Case Lawrence who founded CircusTrix in 2011. Mr. Lawrence will remain actively involved in the company as a significant shareholder, advisor, and as the board’s chairman of the Real Estate and Innovation Committees. His innovative approach to indoor trampoline parks transformed the extreme indoor recreation industry and established CircusTrix as the worldwide leader. Under Mr. Lawrence’s leadership, the company has grown significantly and achieved exciting milestones since 2016, including a major investment by an affiliate of Palladium Equity Partners, LLC, the acquisition of Sky Zone, and the roll-out of a new franchise brand—DEFY.

Joe Kleimanhttp://wwww.themedreality.com
Raised in San Diego on theme parks, zoos, and IMAX films, InPark's Senior Correspondent Joe Kleiman would expand his childhood loves into two decades as a projectionist and theater director within the giant screen industry. In addition to his work in commercial and museum operations, Joe has volunteered his time to animal husbandry at leading facilities in California and Texas and has played a leading management role for a number of performing arts companies. Joe previously served as News Editor and has remained a contributing author to InPark Magazine since 2011. HIs writing has also appeared in Sound & Communications, LF Examiner, Jim Hill Media, The Planetarian, Behind the Thrills, and MiceChat His blog, ThemedReality.com takes an unconventional look at the attractions industry. Follow on twitter @ThemesRenewed Joe lives in Sacramento, California with his wife, dog, and a ghost.
Share
Facebook
Twitter
Linkedin
Email
Print
WhatsApp
Pinterest
ReddIt
Tumblr
Previous articleChildren’s Discovery Museum of San Jose launches initiative for accessibility and inclusion of visitors of all abilities
Next articleAudinate introduces next phase of Dante: Dante-As-Software products for manufacturers and developers