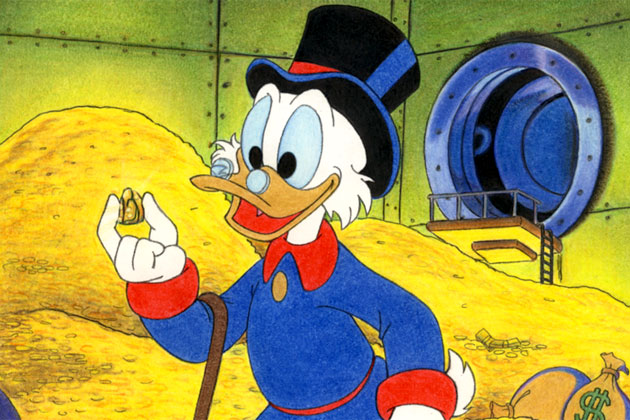 Anaheim, CA, USA (July 8, 2015) – The Anaheim City Council approved an entertainment tax policy for the Disneyland Resort as Walt Disney Parks and Resorts evaluates a significant investment in its existing operations in the Anaheim Resort.

The policy, adopted as a resolution and agreement with Disney, was approved on a 3-2 vote, with Mayor Pro Tem Lucille Kring and Council Members Kris Murray and Jordan Brandman in support, and Mayor Tom Tait and Council Member James Vanderbilt in opposition.

The resolution extends a nearly 20-year agreement with Disney regarding entertainment tax policy.

The existing agreement was put in place in 1996 and runs through June 30, 2016. The 1996 agreement provided Disney a framework to undertake significant investment in the Anaheim Resort, including the opening of Disney California Adventure Park, Disney’s Grand Californian Hotel & Spa and the Downtown Disney District in 2001 and the addition of Cars Land to California Adventure in 2012.

The entertainment tax policy adopted early Wednesday morning runs for 30 years with the possibility of a 15-year extension. The agreement calls for Disney to invest a minimum of $1 billion in the Anaheim Resort by Dec. 31, 2024. If Disney invests an additional $500 million by Dec. 31, 2045, the agreement could be extended by 15 years.

In the event an entertainment tax is adopted, the policy calls for the city of Anaheim to provide Disney with an incentive payment equal to any entertainment tax paid, in exchange for a minimum $1 billion investment by Disney

There are no proposals for an entertainment tax by the City of Anaheim, and any proposed tax would be subject to voter approval.

The agreement comes as Disney is evaluating the addition of new attractions that would drive attendance and longer stays at the Anaheim Resort. Should an expansion occur, it would fall within the existing footprint of the Disneyland Resort and come under entitlements approved in 1996.

The company also is considering significant infrastructure improvements that would have a direct, positive impact on circulation and traffic flow along Harbor Boulevard and Ball Road.

The agreement requires no City bond financing and no City spending, unless an entertainment tax is adopted.

Following the Council’s vote and direction, the city manager’s office is expected execute the agreement with Disney. Wednesday’s action does not require a second reading by the City Council.

Disney will have until Dec. 31, 2017 to begin an expansion of its existing operations. The city of Anaheim will monitor key milestones and report on the status of the agreement in a public hearing within the first five years.

Within six months of Dec. 31, 2024, Disney is required to submit to Anaheim an accountant’s opinion attesting to the value of improvements undertaken.

If Disney elects not to proceed with an investment, the agreement will be terminated. If the agreement remains active but terms are not met, the city of Anaheim can seek repayment of any entertainment tax rebate received, plus interest. A default of terms for a period of a year or more allows Anaheim to end the agreement

The Council adopted the entertainment tax policy in recognition of the important role Disney and the Anaheim Resort play in providing essential services for residents, businesses and visitors.

At 4 percent of Anaheim’s total acreage, the Anaheim Resort provides more than 50 percent of gross General Fund revenue — $147.8 million annually from hotel, sales, property and business license taxes, according to City’s 2015-16 budget.
After factoring in the cost of providing City services, the Anaheim Resort generates $67 million in surplus revenue annually, or nearly a quarter of Anaheim’s General Fund.

Since Anaheim and Disney partnered to expand the Anaheim Resort in the late 1990s, the city’s revenue from hotel stays has nearly tripled to a budgeted $133 million for 2015-16.

A potential $1 billion investment could result in $17.9 million per year in additional hotel stay, sales tax and indirect property tax revenue for the city of Anaheim, according to study prepared for the city by Los Angeles-based Beacon Economics LLC.

A $1.5 billion investment could generate $26.8 million per year in additional hotel stay and sales tax revenue for the city of Anaheim, according to the Beacon study.

An investment of the magnitude being considered by Disney could bring local economic activity of $565 million to $847 million per year and create 3,000 to 4,500 additional jobs, according to Beacon.

More than 5,000 of the Disneyland Resort’s current 28,000 workers are Anaheim residents.

Joe Kleimanhttp://wwww.themedreality.com
Raised in San Diego on theme parks, zoos, and IMAX films, InPark's Senior Correspondent Joe Kleiman would expand his childhood loves into two decades as a projectionist and theater director within the giant screen industry. In addition to his work in commercial and museum operations, Joe has volunteered his time to animal husbandry at leading facilities in California and Texas and has played a leading management role for a number of performing arts companies. Joe previously served as News Editor and has remained a contributing author to InPark Magazine since 2011. HIs writing has also appeared in Sound & Communications, LF Examiner, Jim Hill Media, The Planetarian, Behind the Thrills, and MiceChat His blog, ThemedReality.com takes an unconventional look at the attractions industry. Follow on twitter @ThemesRenewed Joe lives in Sacramento, California with his wife, dog, and a ghost.
Share
Facebook
Twitter
Linkedin
Email
Print
WhatsApp
Pinterest
ReddIt
Tumblr
Previous articleRide Entertainment Brings Funtime’s Slingshot to Canada’s Wonderland and Carowinds
Next articleTalks Undergoing with Creditors to Salvage Caesars Entertainment Bankruptcy Plan