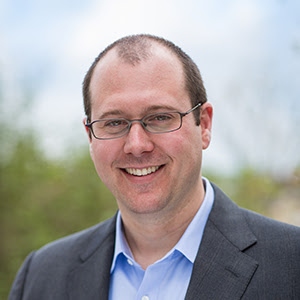 “We are thrilled to have Eric in the Executive Director role at CityArchRiver Foundation,” said Carolyn Kindle Betz, Vice Chairman of the foundation’s Board of Trustees. “This is an important and exciting time for the organization as we are approaching the completion of the renovations at the Arch grounds. At the same time, the foundation is becoming a conservancy that ensures the Arch remains vibrant for generations to come. After working with Eric over the last several months, we are confident he is the right person to lead the organization into the future.”

Moraczewski was previously the founding CEO at FDI Strategies, LLC, a company focused on assisting foreign firms, particularly those in Asia, with growing into the United States both through acquisitions and greenfield projects. Prior to founding FDI Strategies, he served as the Chief Financial Officer for Gallagher and Associates, LLC, an internationally recognized museum planning and design firm based in Washington, D.C.

“After working internationally for so many years, it is truly an honor to work on a landmark that is known around the world,” said Moraczewski. “I am excited about the future of the foundation and the evolving role it will play in the community. I look forward to working hand-in-hand with our donors and community partners to ensure a bright and sustainable future for the Gateway Arch and its surroundings.”

Moraczewski and the foundation will continue to work with CityArchRiver alliance partners (the National Park Service, Great Rivers Greenway, Bi-State Development,City of St. Louis, and Jefferson National Parks Association) to finish construction on the current renovations and implement plans for the future success of the park and its surroundings.

Joe Kleimanhttp://wwww.themedreality.com
Raised in San Diego on theme parks, zoos, and IMAX films, Joe Kleiman would expand his childhood loves into two decades as a projectionist and theater director within the giant screen industry. In addition to his work in commercial and museum operations, Joe has volunteered his time to animal husbandry at leading facilities in California and Texas and has played a leading management role for a number of performing arts companies. Joe has been News Editor and contributing author to InPark Magazine since 2011. HIs writing has also appeared in Sound & Communications, LF Examiner, Jim Hill Media, and MiceChat. His blog, ThemedReality.com takes an unconventional look at the attractions industry. Follow on twitter @ThemesRenewed Joe lives in Sacramento, California with his fiancé, two dogs, and a ghost.
Share
Facebook
Twitter
Linkedin
Email
Print
WhatsApp
Pinterest
ReddIt
Tumblr
Previous articleStealth Acoustics Appoints Midwest AV Group as Regional Representative
Next articleIssue 65: Virtual Magazine