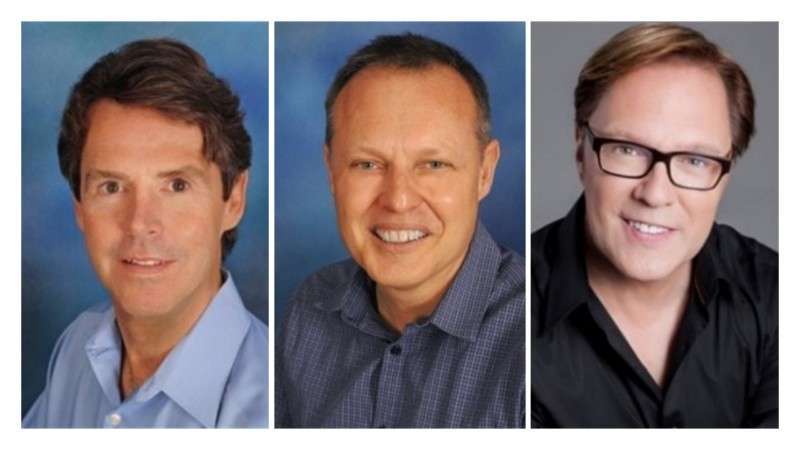 Taking its global business in creating holistic brand experiences to greater heights, Cityneon announces its latest key additions to its global creative team.  Eddie Newquist, Robin Stapley and Gene Lubas join Cityneon’s United States subsidiary, Victory Hill Exhibitions, as Executive Creative Directors, with effect from August 2019.  Eddie and Robin will be based in Los Angeles, USA while Gene will be based in Las Vegas, USA.

Robin Stapley is widely regarded as being a creative leader with a bursting passion for storytelling and experiential design.  He was previously the Vice President of Creative and Design at GES and brings with him over 20 years of design experience.  He has created numerous award-winning exhibitions and attractions for several blockbuster-type, high-profile projects belonging to a diverse list of clients, including Warner Bros., HBO, Walt Disney Studios, Pixar, 20th Century Fox and National Geographic. As a creative leader, Robin has guided multiple design and production teams from concept to opening, developing fully immersive branded retail experiences across shopping centers, casinos and theme parks. He has also collaborated with many major property developers to produce award winning programs from the Taubman Centers’ dazzling “Ice Palaces” to the “Harry Potter” themed retail experiences that wowed guests and increased foot traffic.

Gene Lubas brings with him a diverse background rich with experience in the performing arts and entertainment industry.  Known to many as a “show business lifer“, Gene has built up a career over close to 3 decades. He was last the Artistic Director for the Cirque Du Soleil.  Gene eventually progressed into event production with Caesars Entertainment in Las Vegas, USA.  In his time with Caesars Entertainment, Gene was responsible for producing shows at the iconic Caesars Palace Cleopatra’s Barge with the musical revues “Cocktail Cabaret” and “Paul Shaffer and the Shaffshifters“. Gene continues to contribute to the performing arts scene and he is currently on the faculty of The Nevada Ballet Theatre Academy where he mentors university level theatre and dance production programs across North America.

The executive creative directors will report to Welby Altidor, Group Chief Creative Officer of Cityneon Holdings.  Welby Altidor says, “I do not doubt that Eddie, Robin and Gene will bring a new level of creative courage to our work.  I believe Cityneon is even better placed to continue being the industry trailblazer in creating immersive, experiential entertainment that keeps audiences worldwide engaged with the global brands we work with.”

Executive Chairman and Group Chief Executive Officer Ron Tan says, “Creative IS Cityneon’s DNA.  We are very excited to bring on board Eddie, Robin, and Gene.  As we continue to grow, we are able to enhance the breadth and quality of our product offerings to our clients.” Mr Tan adds, “This is yet another new chapter for Cityneon – to stay ahead of our competition, en route to be the world’s largest in the experience entertainment industry.”

Cityneon currently partners major movie and gaming studios globally to secure Intellectual Properties (“IPs”) to hold experience exhibitions for their audience. These global studios include Disney, Marvel, Hasbro, Universal, and Lionsgate. To date, the group has toured the IPs in 37 cities globally and, by the end of this year, will have 12 permanent and travelling exhibition sets. It plans to boost the number of global relationships it has with major studios and further secure new IPs by the end of 2019.

Joe Kleimanhttp://wwww.themedreality.com
Raised in San Diego on theme parks, zoos, and IMAX films, InPark's Senior Correspondent Joe Kleiman would expand his childhood loves into two decades as a projectionist and theater director within the giant screen industry. In addition to his work in commercial and museum operations, Joe has volunteered his time to animal husbandry at leading facilities in California and Texas and has played a leading management role for a number of performing arts companies. Joe previously served as News Editor and has remained a contributing author to InPark Magazine since 2011. HIs writing has also appeared in Sound & Communications, LF Examiner, Jim Hill Media, The Planetarian, Behind the Thrills, and MiceChat His blog, ThemedReality.com takes an unconventional look at the attractions industry. Follow on twitter @ThemesRenewed Joe lives in Sacramento, California with his wife, dog, and a ghost.
Share
Facebook
Twitter
Linkedin
Email
Print
WhatsApp
Pinterest
ReddIt
Tumblr
Previous articleEntertainment Design Corporation Welcomes new executives as it celebrates 25th anniversary
Next articleSaint Louis Science Center prepares for complete overhaul of OMNIMAX Theater featuring Imax with Laser