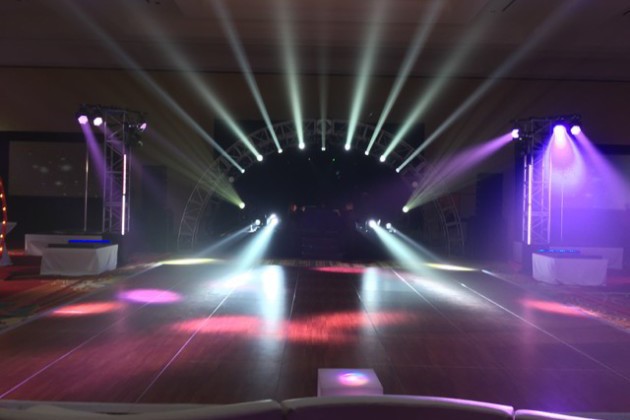 Los Angeles, CA, USA (July 16, 2015) – The versatility of the Clay Paky lighting family was demonstrated when lighting designer Stefan DeWilde, of DeWilde Design Group LLC in Burbank, selected an array of Clay Paky fixtures for two projects that couldn’t have been more different: the glittering 40th birthday party for Michelle Damon, wife of two-time World Series champ Johnny Damon and a philanthropist and businesswoman in her own right, and the exterior effects lighting for a popular theme park attraction.  He also deployed grandMA2 consoles to control lighting and video at the Damon party.  A.C.T Lighting, Inc. is the exclusive distributor of both Clay Paky and MA products in North America.

DeWilde used Clay Paky Alpha Spots, Sharpys and Sharpy Washes from PRG to give a high-end Las Vegas nightclub look to the Orange Ballroom at the Orlando Hilton for Michelle Damon’s celebrity-filled birthday party.  With all the lights ground supported by truss towers he needed lightweight fixtures with a small footprint and high output – all attributes of the Clay Paky products. 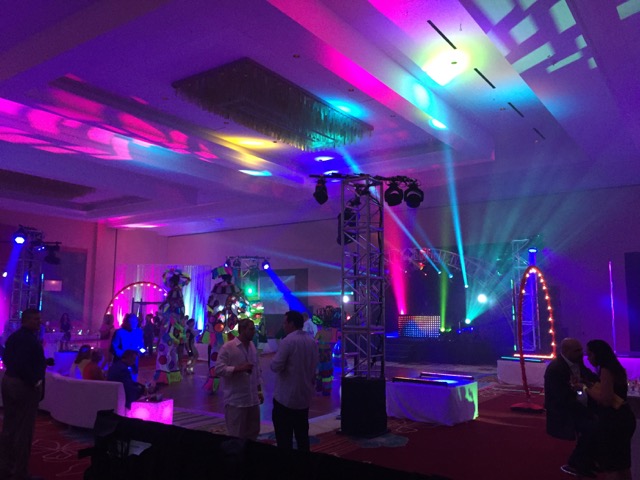 Six Sharpy and six more Sharpy Washes delivered high-intensity, colored beam effects and illumination to alternating DJ sets and dance numbers on the room’s performance stage.  “These were club-style dance numbers,” says DeWilde.  “The lights had to move quickly, cut through the general wash and enhance the overall production value of the performances.” 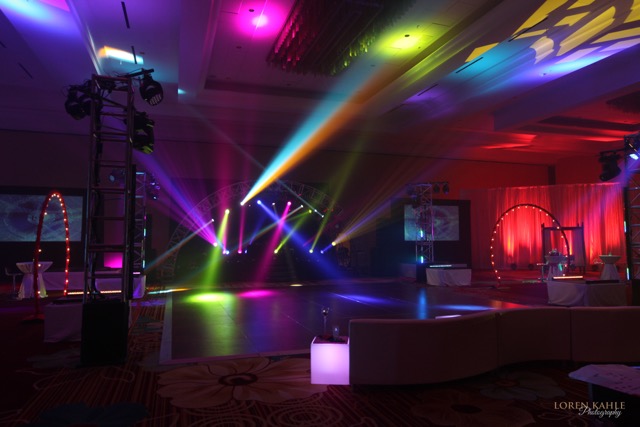 The Clay Paky rig was supplemented by 68 more fixtures and at least 20 LED video bars and LED strobes, he points out.  “With many fixtures and minimal programming time, I needed grandMA2 consoles for their adeptness of cue management and fixture layout.”

DeWilde had two grandMA2 full-size consoles as the primary and back up units to control the party’s lighting.  An additional grandMA2 light controlled video playback, a pair of projectors and a complement of atmospheric effects generators. 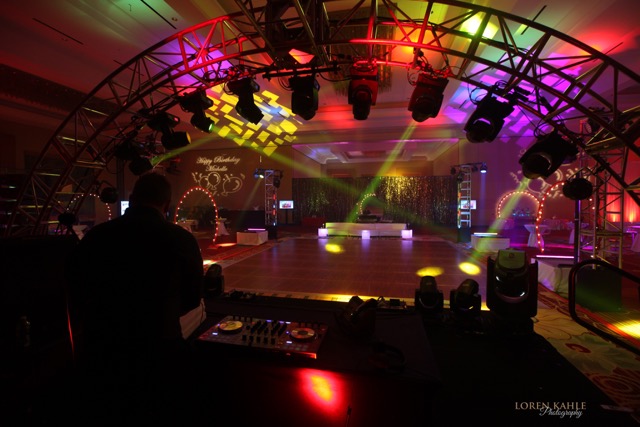 A longtime MA user, the lighting designer consistently specs the grandMA2 “for its reliability, flexibility and efficiency.  Its processing power is paramount.  I can hammer out looks quickly with a high level of show quality.  With a one-off event like the party there was no time to lose.  The consoles arrived in the ballroom at 8 am, the fixtures were installed as I patched the console, and just as I completed programming of the final dance number, the doors opened for guest’s arrival.”

The grandMA2 light supplied the necessary power in a smaller footprint to control two media servers, two projectors, and foggers and hazers.  “It wasn’t necessary to have another full-size desk, but I wanted the live programming flexibility to change elements on the fly,” DeWilde explains. 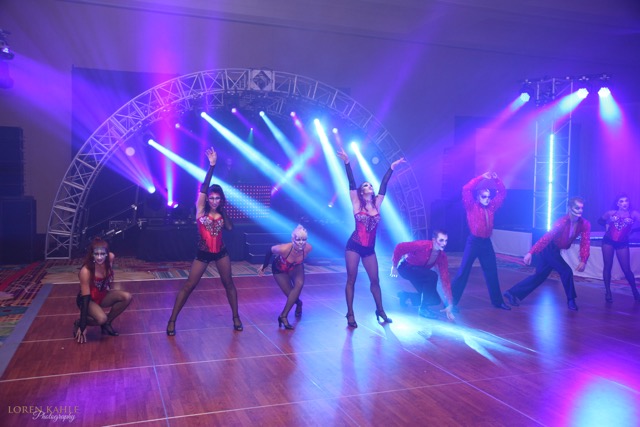 A very different project involved refreshing the exterior effects lighting for a permanent attraction at a well-known California theme park.  DeWilde, who served as technical director on the job, was tasked with replacing the existing 1800w standard flash bulb arc units with a more eco-friendly choice.

“The existing strobes required a lot of energy and didn’t provide a lot of output,” he says.  “They were barely perceptible in daylight.  The new strobes had to meet the company’s eco requirements for low energy, high output and a long duty cycle since they would be running day and night.”

DeWilde had seen Clay Paky STORMY strobes, which deliver the charm of a classic strobe with the latest LED technology, at A.C.T Lighting.  He decided they more than exceeded everyone’s expectations for the theme park and specified a dozen units, which are triggered by the attraction’s show control system.  The fixtures are mounted in set pieces in multiple locations where they deliver realistic lightning and electric short-circuit effects.

“The new STORMYs are highly visible in daylight,” he reports.  “Their output is astounding – several times that of the previous strobes.  Their output represents an incredible milestone in LED technology.”

Joe Kleimanhttp://wwww.themedreality.com
Raised in San Diego on theme parks, zoos, and IMAX films, InPark's Senior Correspondent Joe Kleiman would expand his childhood loves into two decades as a projectionist and theater director within the giant screen industry. In addition to his work in commercial and museum operations, Joe has volunteered his time to animal husbandry at leading facilities in California and Texas and has played a leading management role for a number of performing arts companies. Joe previously served as News Editor and has remained a contributing author to InPark Magazine since 2011. HIs writing has also appeared in Sound & Communications, LF Examiner, Jim Hill Media, The Planetarian, Behind the Thrills, and MiceChat His blog, ThemedReality.com takes an unconventional look at the attractions industry. Follow on twitter @ThemesRenewed Joe lives in Sacramento, California with his wife, dog, and a ghost.
Share
Facebook
Twitter
Linkedin
Email
Print
WhatsApp
Pinterest
ReddIt
Tumblr
Previous articleRock Legends Night Ranger to Celebrate America at SeaWorld Orlando
Next articlePHOTOS: New “Seabirds World” at Chimelong Ocean Kingdom