Connect to SeaWorld’s Animals Directly From Home with AnimalVision 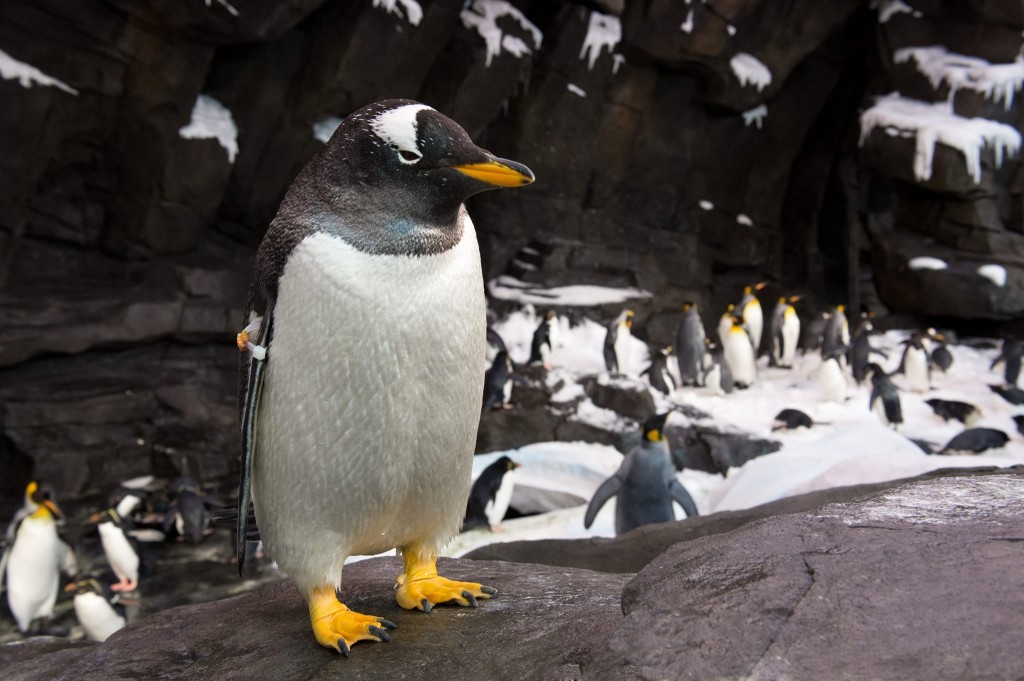 Orlando, FL, USA — For nearly five decades SeaWorld® has connected guests to the natural world through innovative animal habitats and inspiring shows. With the launch of AnimalVision™, 24/7, on-habitat cameras stream footage to customized interactive websites, allowing visitors to create a connection right from the comfort of their own home at www.AnimalVision.com .

Fans can now enjoy the antics of penguins racing through the water or waddling around in their new 30-degree habitat at Antarctica: Empire of the Penguin, SeaWorld Orlando’s newest attraction.  Combining innovative ride technology and up-close animal encounters, Antarctica: Empire of the Penguin takes guests on an epic voyage to the bottom of the world where they can get up-close to a colony of nearly 250 penguins.

In addition, fans can tune in to see a school of stingrays  gliding past their screen from Aquatica, SeaWorld’s Waterpark® in San Antonio, and check out sea turtles, some of the most graceful animals, from SeaWorld San Diego’s Turtle Reef®.

“AnimalVision allows our guests and fans to deepen their connection with animals. For some guests, being able to see these remarkable animals at the park and then continuing that voyage of exploration at home serves as a reminder about the important role we all play in helping these animals. For those planning a park visit, seeing our animals up-close will get families excited about visiting in person,” said Anne Fischer, director of interactive marketing for SeaWorld Parks & Entertainment.

Animal habitat cameras have proven to be popular for SeaWorld and animal fans alike. In 2012 during a six-week partnership with Discovery Channel, fans across the country spent an astounding 1.5 million hours watching penguins in SeaWorld San Diego Penguin Encounter® via a streaming camera feed.

Building on that success, AnimalVision provides animal camera fans with an interactive experience that goes beyond simply watching the animals demonstrating their natural behaviors. The new platform will feature:

Each of the six cameras is high definition for the best viewing experience possible, including multiple viewpoints of the habitats. The cameras at SeaWorld Orlando’s Antarctica: Empire of the Penguin™, show four different species of penguins – gentoo, rockhopper, Adelie and King — both darting through the water and above water on the ice. At Aquatica, SeaWorld’s Waterpark® in San Antonio, more than 200 stingrays and tropical fish, including various species of angel, tang and butterfly fish, are seen from shallow and deep underwater viewpoints. Turtle Reef® at SeaWorld San Diego features more than 40 threatened green sea turtles ranging in age from four to 50 years old with a view into the 280,000-gallon aquarium they call home.

Joe Kleimanhttp://wwww.themedreality.com
Raised in San Diego on theme parks, zoos, and IMAX films, Joe Kleiman would expand his childhood loves into two decades as a projectionist and theater director within the giant screen industry. In addition to his work in commercial and museum operations, Joe has volunteered his time to animal husbandry at leading facilities in California and Texas and has played a leading management role for a number of performing arts companies. Joe has been News Editor and contributing author to InPark Magazine since 2011. HIs writing has also appeared in Sound & Communications, LF Examiner, Jim Hill Media, and MiceChat. His blog, ThemedReality.com takes an unconventional look at the attractions industry. Follow on twitter @ThemesRenewed Joe lives in Sacramento, California with his fiancé, two dogs, and a ghost.
Share
Facebook
Twitter
Linkedin
Email
Print
WhatsApp
Pinterest
ReddIt
Tumblr
Previous articleExtreme Engineering Showcasing All-in-One Solution for Extreme Adventures at IAAPA Attractions Expo
Next articleGateway Ticketing Exhibiting at IAAPA Attractions Expo for 22nd Year