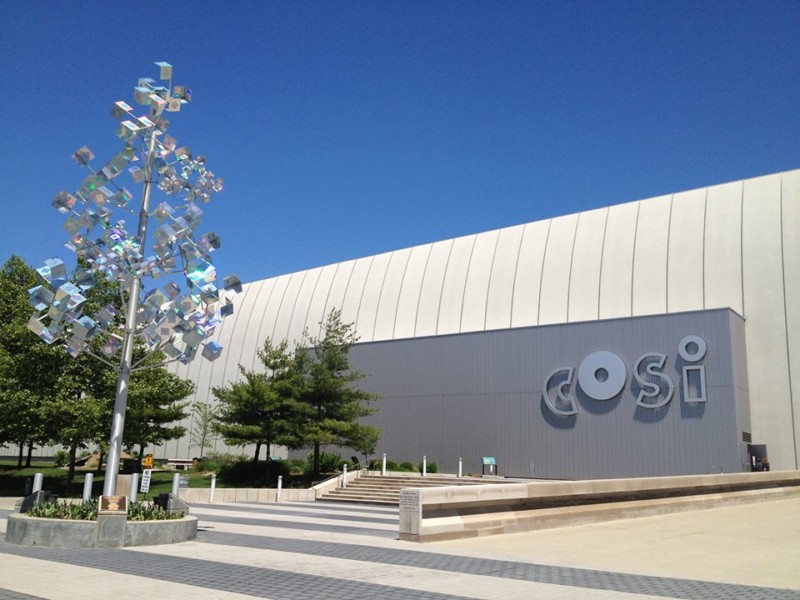 [quote]Offering our visitors a chance to see National Geographic’s lineup in our state of the art digital projection with 12,000 watts of sound will give our visitors a great overall theater experience.”  — Andy Zakrasjeck, Vice President of Operations and Experiences at COSI[/quote]

Columbus, OH, USA — Center of Science and Industry (COSI) has announced plans to partner with National Geographic to open The National Geographic Giant Screen Theater at COSI on May 1, 2014. In addition to this branding partnership, COSI will gain special access to one of the world’s largest giant-screen film libraries that includes award-winning films in 2D and 3D digital formats and COSI will commit a portion of programming each year exclusively to National Geographic films. National Geographic has pledged to produce or release two new titles each year, allowing partners like COSI a first look at films in development and the opportunity to be among the first to release them.

“We are excited to have COSI onboard as a partner,” said Mark Katz, president of distribution for National Geographic Cinema Ventures. “In addition to helping bring our engaging films to Columbus, its commitment to screen our films will allow us to create even more content for audiences here and around the world.”

“We are pleased to combine National Geographic’s stellar film library with our giant screen theater,” said Andy Zakrajsek, Vice President of Operations and Experiences at COSI.

As a National Geographic branded theater, National Geographic Cinema Ventures will provide COSI with marketing support, companion educational materials, and expert guidance on digital projection technology.  Among the other films available to COSI include “Pandas: The Journey Home”, “Jerusalem”, “Mysteries of the Unseen World 3D”, “Flying Monsters 3D”, “Sea Monsters: A Prehistoric Adventure,” “Forces of Nature,” “Meerkats 3D,” and traditional feature-length documentaries including “U2 3D,” “The Wildest Dream,” “The Last Lions” and “Life in a Day.”

Joe Kleimanhttp://wwww.themedreality.com
Raised in San Diego on theme parks, zoos, and IMAX films, Joe Kleiman would expand his childhood loves into two decades as a projectionist and theater director within the giant screen industry. In addition to his work in commercial and museum operations, Joe has volunteered his time to animal husbandry at leading facilities in California and Texas and has played a leading management role for a number of performing arts companies. Joe has been News Editor and contributing author to InPark Magazine since 2011. HIs writing has also appeared in Sound & Communications, LF Examiner, Jim Hill Media, and MiceChat. His blog, ThemedReality.com takes an unconventional look at the attractions industry. Follow on twitter @ThemesRenewed Joe lives in Sacramento, California with his fiancé, two dogs, and a ghost.
Share
Facebook
Twitter
Linkedin
Email
Print
WhatsApp
Pinterest
ReddIt
Tumblr
Previous articleLeading European Operator Compagnies des Alpes Chooses accesso for Belgian and Dutch Parks
Next articleThe Dark Knight Enters the Laser Maze Courtesy SimEx-Iwerks