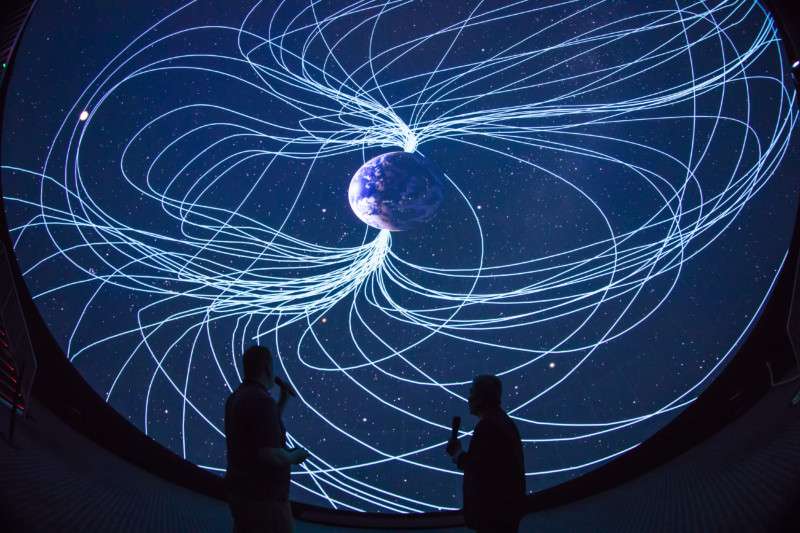 The largest planetarium and digital giant screen dome system in China re-opened this month with an image quality at the limits of the human eye. In partnership with Evans & Sutherland (E&S), visitors at the China Science and Technology Museum (CSTM) will have the opportunity to experience China’s first permanent True8K™ laser giant screen digital dome, which replaces a 1570 film system. 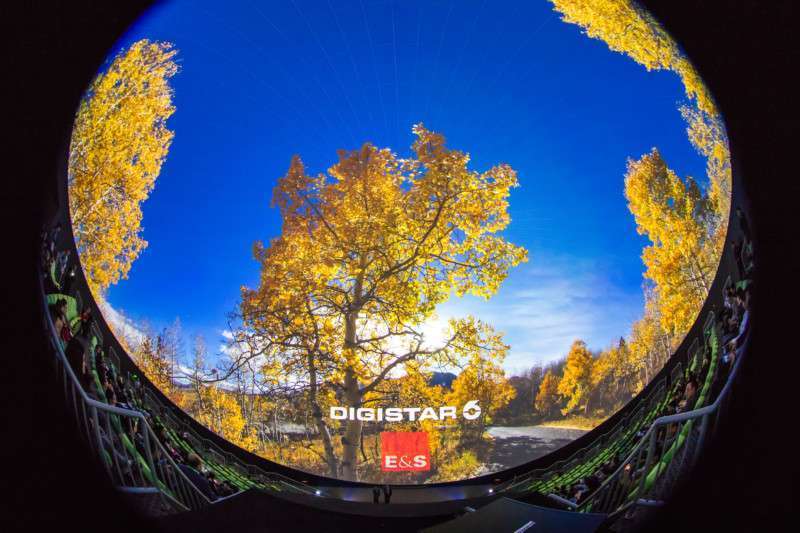 The True8K Digistar 6 system is extremely versatile and can present digitized giant screen films, fulldome films, and live science programming that can take audiences on immersive tours through the universe. The projection system features 10 NEC Laser Phosphor projectors that produce 35,000 lumens each, for a total brightness of 350,000 lumens. The 8K digital image displays over 50 million pixels over the entire dome, providing more resolution than the human eye can see from nearly every seat in the dome. This is the world’s highest resolution currently available for giant screen domes. . The 10 laser phosphor projectors are seamlessly aligned and blended with E&S auto alignment and auto blending systems for a bright, colorful image that surpasses the quality of 1570 film. Colors are more vivid. The images are brighter. The clarity of the imagery is astonishingly lifelike. It is a must-see experience! The museum has seen a big bump in business for the theater since the upgrade, and tickets for the shows have been selling out. 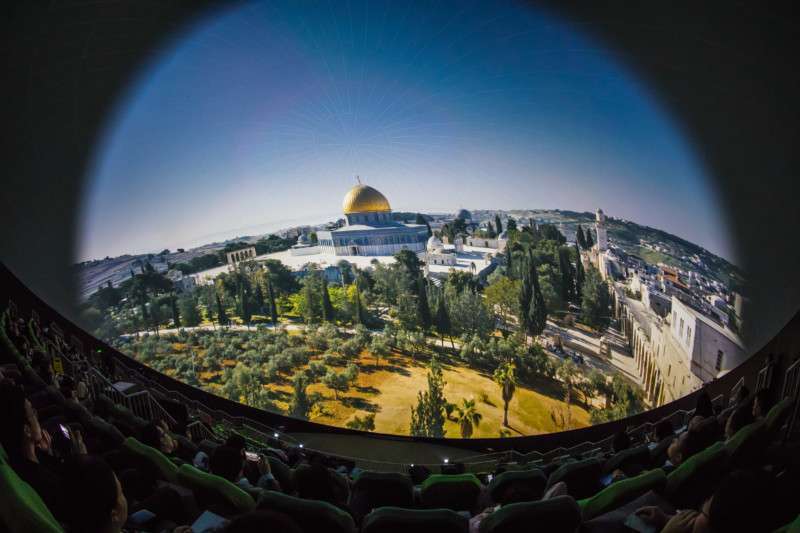 One China newspaper reported that “This is the first True8K dome theater in a 30-meter dome in China. We learned that the True8K digital dome theater projects 88 million pixels on the dome screen, 25 times in resolution than HD TV and 6 times that of a 4K TV, and image quality exceeding that of 1570 film projector. It is terrifically astounding!”

Another newspaper reported something similar: “True8K resolution represents the highest image quality on a dome screen in the world…this will expedite the replacement of 1570 film projectors in theaters everywhere.”

Digitized giant screen films presented on the system achieve new vibrancy and impact never before possible with a 1570 film system. There is a stability, evenness, and consistency to the image across the dome, providing the sensation that the audience is seeing the real world through this gigantic “view screen.” The impact of these films in True8K Laser cannot be overstated. 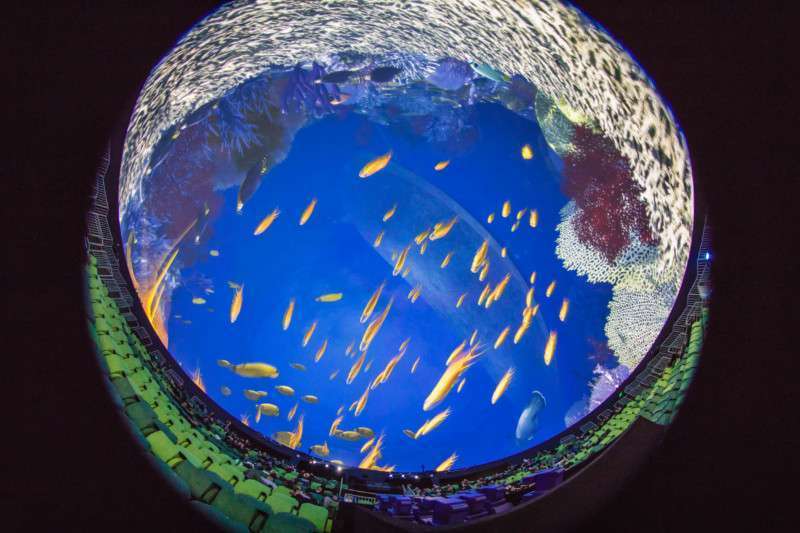 The Digistar 6 system has an extensive suite of real time astronomy features with a repository of the latest scientific discoveries that are automatically updated on nearly a daily basis. Journeys through the cosmos immerse audiences in dazzling real scientific imagery collected from past and current space missions. In addition, E&S integrated the True8K digital system into an existing optical mechanical star projector from Goto, Inc. Both systems operate in tandem with one another allowing optical stars to combine seamlessly and accurately with digital backgrounds and constellation lines or artwork, to name just a few examples.

“This Digistar True8K dome system with laser projection functions as a best-of-its-class giant screen cinema system and as a complete digital planetarium system, which adds an incredible number of presentation options for a very compelling audience experience,” said Kirk Johnson, President and COO of Evans & Sutherland. “We are delighted that CSTM selected E&S and Digistar 6 to upgrade their dome theater. The astronomy capabilities in Digistar will be able to take CSTM guests to the edge of the universe and beyond in compelling and unforgettable ways.”

Joe Kleimanhttp://wwww.themedreality.com
Raised in San Diego on theme parks, zoos, and IMAX films, InPark's Senior Correspondent Joe Kleiman would expand his childhood loves into two decades as a projectionist and theater director within the giant screen industry. In addition to his work in commercial and museum operations, Joe has volunteered his time to animal husbandry at leading facilities in California and Texas and has played a leading management role for a number of performing arts companies. Joe previously served as News Editor and has remained a contributing author to InPark Magazine since 2011. HIs writing has also appeared in Sound & Communications, LF Examiner, Jim Hill Media, The Planetarian, Behind the Thrills, and MiceChat His blog, ThemedReality.com takes an unconventional look at the attractions industry. Follow on twitter @ThemesRenewed Joe lives in Sacramento, California with his wife, dog, and a ghost.
Share
Facebook
Twitter
Linkedin
Email
Print
WhatsApp
Pinterest
ReddIt
Tumblr
Previous article3D Live Partners with NEC On High Resolution 3D LED Prototype
Next articleThea Case Studies Day 2018