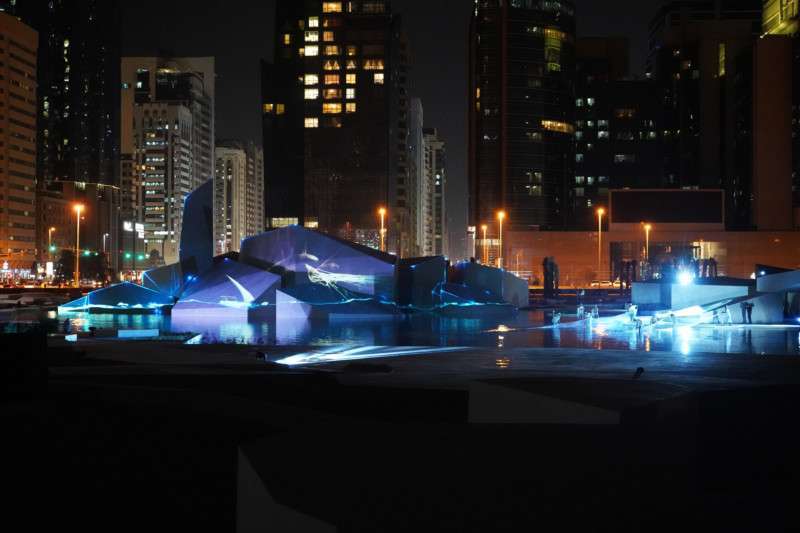 Qasr Al Hosn is the oldest and most significant heritage site in Abu Dhabi. It is the first structure to have been built in the capital and after more than 11 years of restoration, the site has now reopened its doors as a museum to the public, showcasing the development from a community reliant on fishing and pearling to the modern Abu Dhabi we see today.

Creative Technology Middle East (CTME) were on hand to deliver 9750sqm of projection for the historical event on behalf of its client People.

The Qasr Al Hosn Inauguration was opened by Sheikh Mohammed bin Zayed, the Crown Prince of Abu Dhabi and Deputy Supreme Commander of the UAE Armed Forces on the 5th December 2018. The large projection show featured content supplied by Fly Studio, showcasing the UAE’s heritage and the history of Qasr Al Hosn Fort. The content was delivered across three buildings, the Musalla, the Cultural Foundation and the Qasr Al Hosn Fort. The projection covered such a large area of the event that the only way for the audience to follow the full story was from the central revolving grandstand which slowly rotated as the show progressed across the large site. 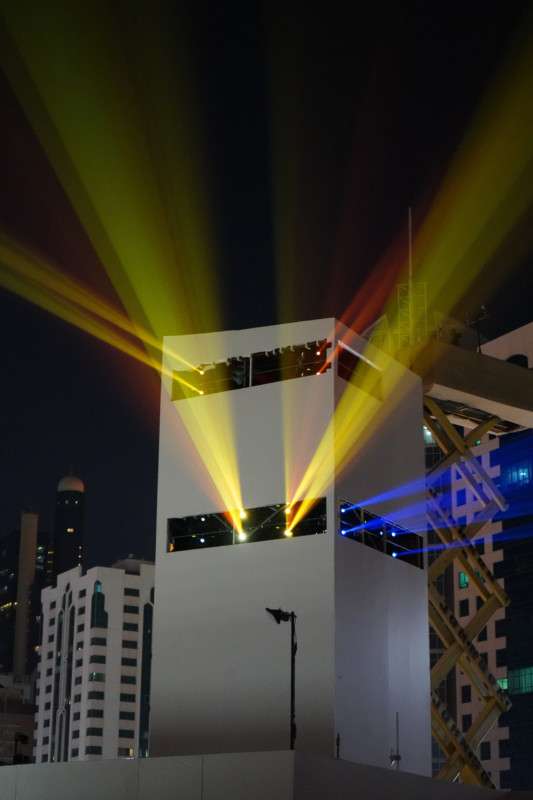 CTME used 34 Panasonic 31K laser projectors and 46 Panasonic 21K Projectors installed into 20 bespoke towers strategically placed to cover all three main aspects of the projection areas. CTME’s Senior Project Manager Dan Hughes states “We use Panasonic projectors due to their reliability, brightness, optics and are a perfect product for the job in hand.”

Prior to the event, all three projection areas were laser scanned, and an accurate 3D model was prepared for both content pre-visualisation and creation. The 3D model of 1,200 000 vertices and UV maps was shared between the creative department and CTME for content creation and mapping. Senior Project Engineer Alem Dzinic added: “Having an accurate 3D model and Disguise servers, meant we were able to deal with any changes quickly and continue with the projector line up to meet the clients schedule and timelines.” 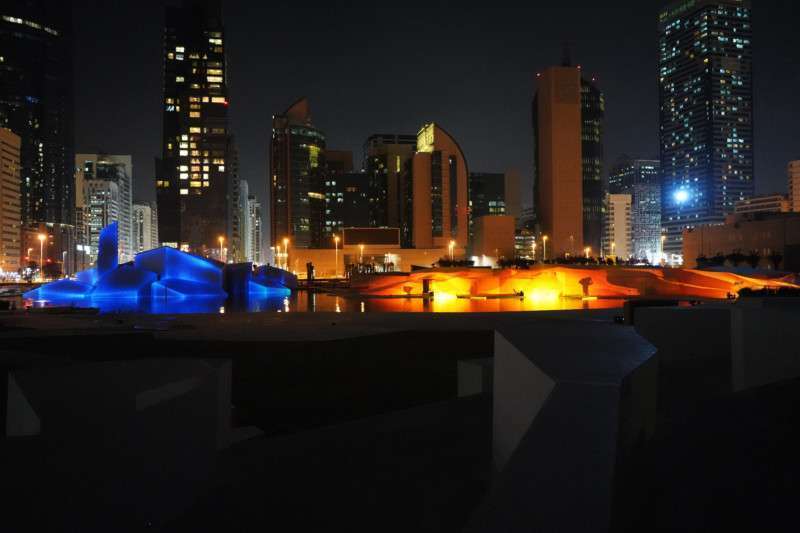 CTME used its internal Octopus application to control switching of backup feeds on the matrix. Hughes explains “Octopus is an application created internally by our team within the CT group for the purpose of controlling other pieces of hardware by network commands. It was a great tool to have on hand to manage the failover switch.”

To ensure system operation was in sync, CTME used Riedel Compact Pro equipment for distribution of sync and timecode to all media servers. Compact Pro units were also used for signal distribution of six robo cameras in place for a rough projector line up. In addition to Riedel units, CTME provided a large number of fibre network switches across site for the purpose of content sharing, control of the robo cameras and projector control. 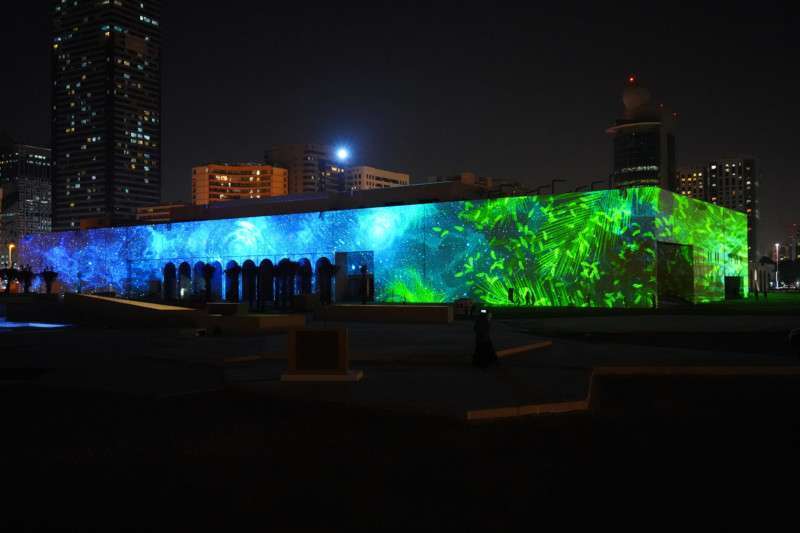 The event was broadcast live across local television stations and the Qasr Al Hosn YouTube page where thousands of people tuned it to watch the historical event take place.

Hughes goes on to say, “Everyone came together to pull off this fantastic event, it was a great success and real pleasure to have been part of it.”

Joe Kleimanhttp://wwww.themedreality.com
Raised in San Diego on theme parks, zoos, and IMAX films, Joe Kleiman would expand his childhood loves into two decades as a projectionist and theater director within the giant screen industry. In addition to his work in commercial and museum operations, Joe has volunteered his time to animal husbandry at leading facilities in California and Texas and has played a leading management role for a number of performing arts companies. Joe has been News Editor and contributing author to InPark Magazine since 2011. HIs writing has also appeared in Sound & Communications, LF Examiner, Jim Hill Media, and MiceChat. His blog, ThemedReality.com takes an unconventional look at the attractions industry. Follow on twitter @ThemesRenewed Joe lives in Sacramento, California with his fiancé, two dogs, and a ghost.
Share
Facebook
Twitter
Linkedin
Email
Print
WhatsApp
Pinterest
ReddIt
Tumblr
Previous articleAlcorn McBride strengthens customer and TEA ties during IAAPA Attractions Expo 2018
Next articleKidzania opens new Latin American facilities in Mexico and Coast Rica