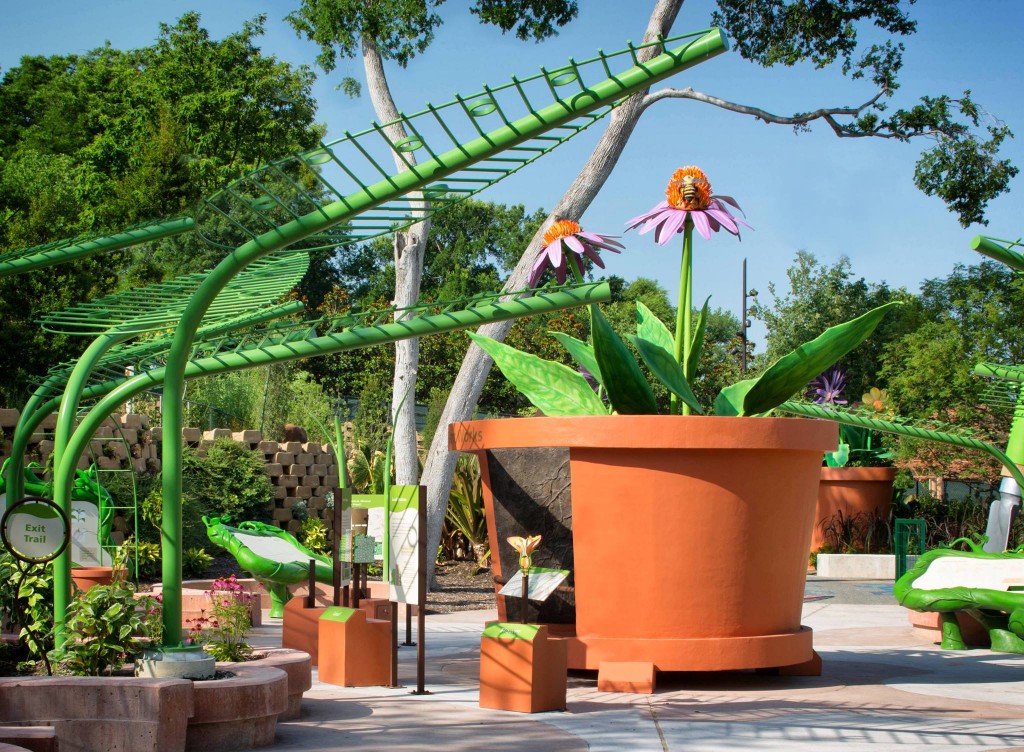 Dallas, TX, USA (Aug. 26, 2013) /PRNewswire/ — The result of nearly two decades of nationwide research will be revealed Sept. 21 as the Dallas Arboretum unveils its $62 million Rory Meyers Children’s Adventure Garden, a sprawling 8-acre interactive garden designed specifically to address state and national science standards in life, earth and environmental sciences. The Dallas Arboretum is setting the gold standard for outdoor children’s facilities with this garden – the only children’s educational garden of its scope in the world.

A “museum without walls,” children and adults will learn about science and nature in the 17 indoor and outdoor galleries that teach the areas in the prekindergarten to middle school curriculum standards that can best be taught outdoors. Some concepts include photosynthesis, pollination, the solar system, erosion and energy.

The Children’s Garden aims to revolutionize the landscape of interactive learning through a unique blend of innovative technology, 150 interactive exhibits and natural elements. Among the engaging features are native Texas wetlands, a 240-foot treetop skywalk, a Honey I Shrunk the Kids-inspired world, and a 9,100-square-foot Exploration Center equipped with the OmniGlobe. One of 50 in the world, the OmniGlobe allows interactive animations to demonstrate real-time weather with an eight second delay, ecosystems, climate-related images, atmospheric changes and the solar system.

“The Dallas Arboretum is widely recognized as one of the leading botanic gardens in the world with nearly a million visitors annually, but few realize that it is also a premier educational facility that teaches life and earth science to more than 100,000 children every year,” said Dallas Arboretum Board Chairman Brian Shivers. “The opening of the Rory Meyers Children’s Adventure Garden will allow us to reach even more children and introduce them to the wonders of the world we live in through interactive exhibits based on the national and state curriculum standards for life and earth science.”

A comprehensive evaluation of how each topic could be best demonstrated through the outdoor space was then conducted with input from educational experts. Each of the 17 galleries’ academic design goals, key messages and objectives were considered.

The program was also examined for accuracy by teams of science teachers and the Scientific Advisory Committee, chaired by Dr. Johann Deisenhofer, who received his Nobel Laureate Prize in chemistry for his contribution to the understanding of photosynthesis. Southern Methodist University’s Annette Simmons Graduate School of Education, led by Dr. David Chard, dean of the school, has also advised on the academic design, and is evaluating and researching the effectiveness of the garden on children’s learning of science. 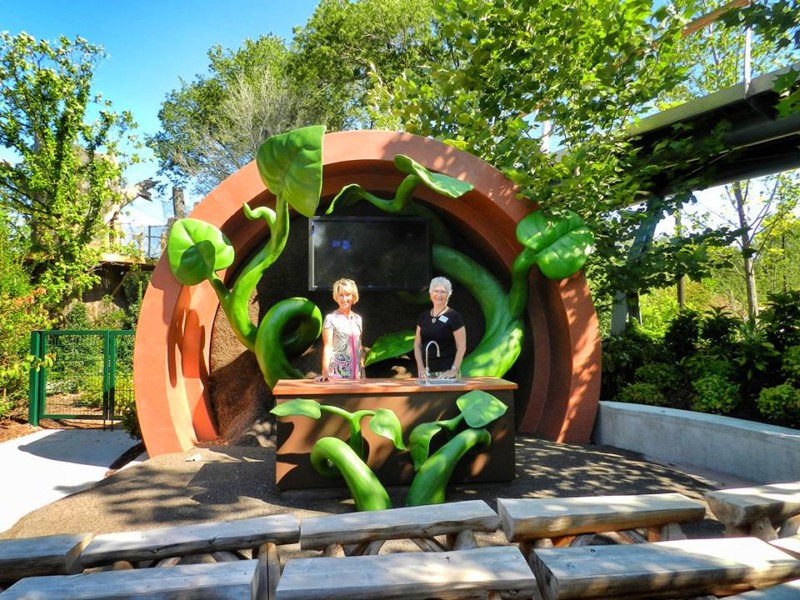 Former U.S. Senator Kay Bailey Hutchison, Honorary Chair of the Rory Meyers Children’s Adventure Garden, said, “Science scores of American children are the lowest of all academic areas tested, with earth sciences the lowest of all. If our education system is going to keep up with the needs for our country, we have to interest children at a much earlier age in science, engineering and math. I believe that the Dallas Arboretum’s Rory Meyers Children’s Adventure Garden does that by teaching science creatively.”

The Children’s Adventure Garden was made possible by the generous support of the City of Dallas and private and corporate donors. The lead gift was provided by Howard Meyers and his sons in honor of his wife and their mother, Rory Meyers, who is a longtime Dallas Arboretum board member and Education Committee chair. The Dallas Arboretum named the garden after her.

Joe Kleimanhttp://wwww.themedreality.com
Raised in San Diego on theme parks, zoos, and IMAX films, InPark's Senior Correspondent Joe Kleiman would expand his childhood loves into two decades as a projectionist and theater director within the giant screen industry. In addition to his work in commercial and museum operations, Joe has volunteered his time to animal husbandry at leading facilities in California and Texas and has played a leading management role for a number of performing arts companies. Joe previously served as News Editor and has remained a contributing author to InPark Magazine since 2011. HIs writing has also appeared in Sound & Communications, LF Examiner, Jim Hill Media, The Planetarian, Behind the Thrills, and MiceChat His blog, ThemedReality.com takes an unconventional look at the attractions industry. Follow on twitter @ThemesRenewed Joe lives in Sacramento, California with his wife, dog, and a ghost.
Share
Facebook
Twitter
Linkedin
Email
Print
WhatsApp
Pinterest
ReddIt
Tumblr
Previous article
Cedar Fair Announces $30 Million Expansion of Carowinds
Next article
Confirmed Sessions and Speakers Announced for SATE’13