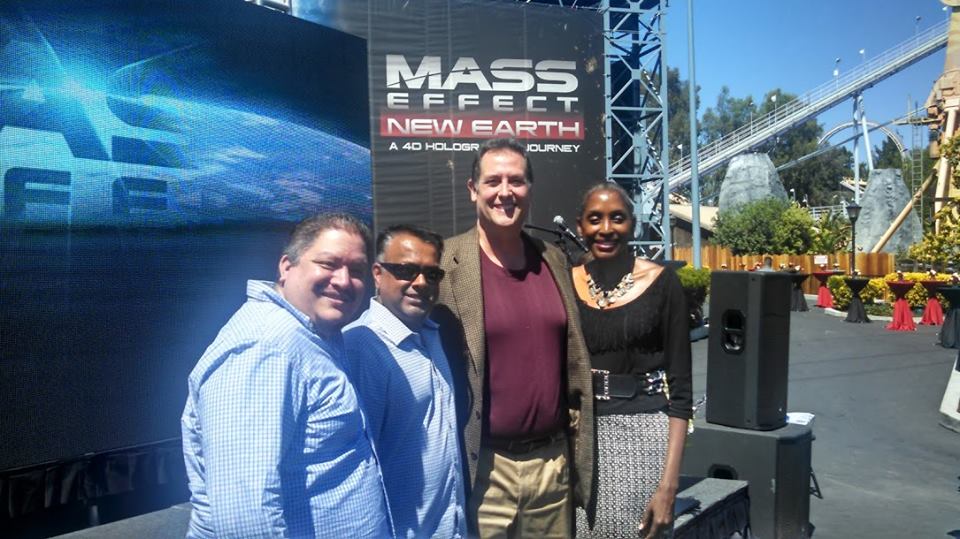 Daniel Jamele has been named CEO of MediaMation, Inc. as the company marks its 25th anniversary with over 18,000 seats under their control using its innovative, MX4D Motion EFX technology

As a leading pioneer of 4D technology, MediaMation, Inc . (MMI) is an innovator in creating immersive experiences that have entertained audiences for the last 25 years. Known for its visionary products and turnkey solutions in interactive entertainment for cinemas, attractions, fountain shows and more, MMI recently announced an expansion of their partnership with the Wanda Group to install 100 MX4D Motion EFX Theatres in China.

MediaMation opened their first location with Wanda Cinema Line, China’s biggest movie theatre operator, in the southern city of Nanning in early 2015. This was followed soon after by another in Changchun and in Wanda’s hometown of Dalian. Currently MMI has installed 39 Wanda MX4D Motion EFX Theatres in China and will be rapidly expanding to other locations. China is now the world’s second-largest film market, and the country is expected to surpass North America as the biggest box-office territory in the next few years.

MMI entered the cinema market in 2012 with the rollout of 15 MX4D Motion EFX Theatres for Cinemex Theatres in Mexico, followed by a 7 theatre roll out for Cine Colombia, Colombia. They quickly expanded into several large theatre rollouts globally.

In 2015, the company reached new heights when Sony Business Solutions selected MX4D Motion EFX technology to be installed in 12 Toho Theatres, the largest cinema chain in Japan… 4 more to be installed this year.

Since 2007, MMI has sold/installed 11 LEGOLAND Discovery Center 4D EFX theatres in the U.S., Canada and China, with expansion to Australia planned for 2017.

As MMI’s aggressive growth continues, Daniel Jamele has taken on the role of CEO to oversee the company’s holdings in the U.S. and China, after acting as MMI’s Vice President and CTO for many years. In this new role, Daniel is making great strides in advancing MMI’s array of venues with innovative VR and gaming technology, eSports and other breakthrough experiences for audiences.

Alison Jamele , former president and CEO of MediaMation, will continue her leadership as MMI’s Executive Vice President, heading up special projects where she is harmonizing the U.S. and China activities and directing business and expansion plans. “Focusing my efforts to specific expansion opportunities will allow me the flexibility to work more closely with our various partners,” says Alison.

“We could not be more thrilled at the growth and expansion of MediaMation. Without the dedication from our incredible staff who continue to push the envelope and our loyal partners and clients who have worked with us over the years, MediaMation would not have grown to where we are today,” says Daniel Jamele, CEO. “Because of this, we remain deeply committed to innovation and creating the best interactive and immersive 4D experience for our customers across the globe, and are excited for continued growth going into 2017 and beyond.”

Over the past 25 years, MediaMation has devoted and committed its technology to various non-profit organizations. Theater 7000 Inner City Movement in Philadelphia was able to combine the use of MMI’s interactive 4D seats in a large multi-projector Dome theater, with live action to help underserved children to create, act and perform in live productions.

Joe Kleimanhttp://wwww.themedreality.com
Raised in San Diego on theme parks, zoos, and IMAX films, InPark's Senior Correspondent Joe Kleiman would expand his childhood loves into two decades as a projectionist and theater director within the giant screen industry. In addition to his work in commercial and museum operations, Joe has volunteered his time to animal husbandry at leading facilities in California and Texas and has played a leading management role for a number of performing arts companies. Joe previously served as News Editor and has remained a contributing author to InPark Magazine since 2011. HIs writing has also appeared in Sound & Communications, LF Examiner, Jim Hill Media, The Planetarian, Behind the Thrills, and MiceChat His blog, ThemedReality.com takes an unconventional look at the attractions industry. Follow on twitter @ThemesRenewed Joe lives in Sacramento, California with his wife, dog, and a ghost.
Share
Facebook
Twitter
Linkedin
Email
Print
WhatsApp
Pinterest
ReddIt
Tumblr
Previous articlePolin’s Space Race Awarded IAAPA Brass Ring for Best New Product
Next articleProjecting the holidays at Disney World