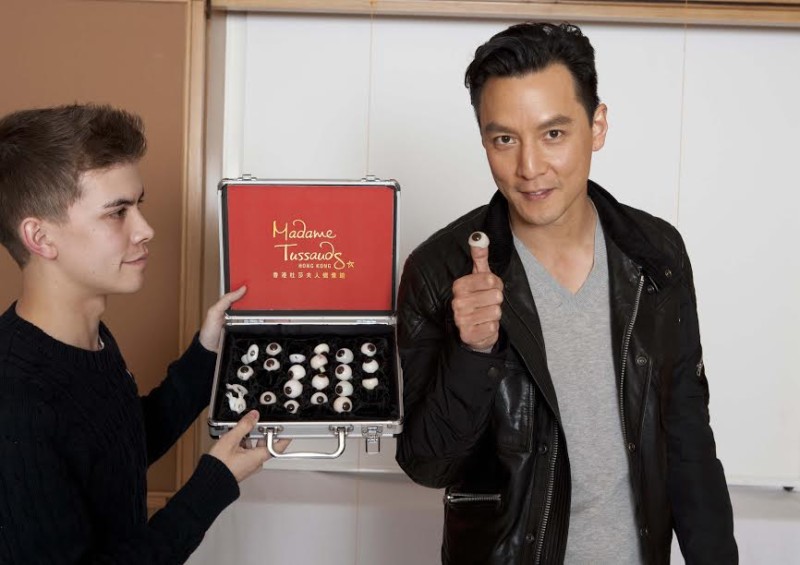 [quote]The studio team were extremely diligent and took very precise measurements of me. Although it was a long process but the whole experience was fun and memorable. I am curious to see the final outcome soon!” — Daniel Wu[/quote]

Hong Kong — With a 16-year career in the film industry and over 60 movies under his belt, Daniel Wu is definitely one Asia’s top stars and will soon join many other top celebrities with their wax figures on display at Madame Tussauds Hong Kong. Now with his own production company, and a series of high-profile film roles in the pipeline, the actor-producer is one of the hottest properties in Hong Kong.

A professional team from the Madame Tussauds UK Studio specifically travelled to Berlin early this year to conduct a detailed sitting process for Daniel, taking precise measurements and hundreds of photos to produce the wax figure. To ensure perfection to the best of their capabilities, Daniel Wu also had his hair, eyes and teeth matched for colour so that an exact wax double can be created.

Despite being a busy dad and having a tight working schedule, Daniel was his normal congenial self for the sitting session, joking and mingling with the team during the sitting and filling the room with merriment. The entire studio team was impressed with his professionalism and enjoyed every
moment working with this true star.

General Manager of Madame Tussauds Hong Kong, Kelly Mak says: “Being an actor, director and producer, Daniel Wu has a strong dedication to the filming industry. He has starred in many iconic movies and has been nominated for various film awards. Guests will soon be able to meet him up close at Madame Tussauds Hong Kong and we are sure his fans would be thrilled!”

Joe Kleimanhttp://wwww.themedreality.com
Raised in San Diego on theme parks, zoos, and IMAX films, InPark's Senior Correspondent Joe Kleiman would expand his childhood loves into two decades as a projectionist and theater director within the giant screen industry. In addition to his work in commercial and museum operations, Joe has volunteered his time to animal husbandry at leading facilities in California and Texas and has played a leading management role for a number of performing arts companies. Joe previously served as News Editor and has remained a contributing author to InPark Magazine since 2011. HIs writing has also appeared in Sound & Communications, LF Examiner, Jim Hill Media, The Planetarian, Behind the Thrills, and MiceChat His blog, ThemedReality.com takes an unconventional look at the attractions industry. Follow on twitter @ThemesRenewed Joe lives in Sacramento, California with his wife, dog, and a ghost.
Share
Facebook
Twitter
Linkedin
Email
Print
WhatsApp
Pinterest
ReddIt
Tumblr
Previous articleChill this Summer with the Stars of Frozen at Disney’s Hollywood Studios
Next articleCalifornia’s Great America Announces 18,000 Square Foot Pavilion to Host 49ers Pregame Rallies and Other Events