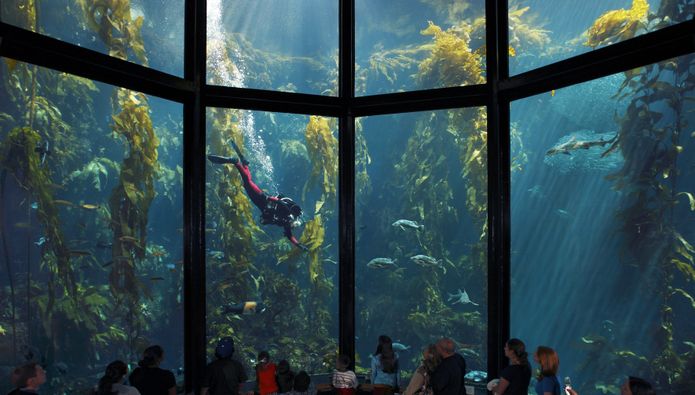 David Rosenberg, a vice president of the Monterey Bay Aquatium, has been elected second vice chairman of the International Association of Amusement Parks and Attractions (IAAPA) by the organization’s board of directors.

He will serve as second and first vice chairman of IAAPA before taking the helm of the global attractions industry trade association as its chairman of the board in 2019. The board made the selection in accordance with IAAPA’s governance guidelines following the recent passing of Al Weber, Jr. Ph.D., who had been elected to the position in September.

“With David as our chairman in 2019, IAAPA will enter its second century with a leader who embodies the membership diversity that now exists in the organization,” said Will Morey, chairman of the IAAPA governance committee and president and CEO of Morey’s Piers in Wildwood, New Jersey. “David brings to the role 26 years of experience in the travel and tourism industry and has been a key member of IAAPA’s leadership team over the last 10 years including serving as a volunteer chair of several IAAPA committees and as a member of IAAPA’s board of directors. He has been a tireless advocate for membership development supporting the initiation of many new programs and member benefits. Given the experience he has gained over the years working in multiple segments of our industry, including amusement parks, hotels, and zoos and aquariums and his strategic insights into creating exceptional guest experiences, we are confident David is ideally suited to chart and lead the association’s course into the future.”

“I’m humbled to be selected to help lead our global association during this exciting time for the worldwide attractions industry,” said Rosenberg. “In the next few years IAAPA will establish its new headquarters office in Orlando as we begin to plan for the next 100 years of the association. I look forward to playing a leadership role in shaping that future.” 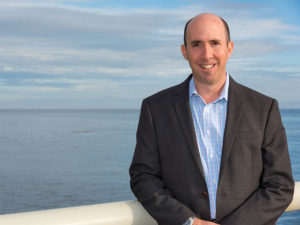 In his role leading the guest experience at Monterey Bay Aquarium, Rosenberg chairs the Visitor Experience Steering Committee, which is responsible for strategic planning and implementation of all aspects of the aquarium visit that is enjoyed by more than 2 million guests annually. He has helped the aquarium, a nonprofit organization whose mission is to inspire conservation of the ocean, become a benchmark for excellence in the global attractions industry. The aquarium is not only a top tourism destination in California, but it also provides free education programs for 90,000 school-children a year, conducts scientific research, facilitates the most recognized sustainable seafood program in the world, and advocates for more informed ocean policies locally and globally.

Rosenberg’s career began at Walt Disney World in Orlando, Florida. He rose to the executive ranks of Hyatt Hotels Corporation at some of their top properties in the United States. In 2007, Rosenberg joined the Monterey Bay Aquarium.

He is highly involved in the hospitality community and served on the executive committee for Monterey County Hospitality Association, an organization representing attractions, golf courses, hotels and resorts throughout Northern California. Additionally, he is a member of an Academic Advisory Committee for California State University, Monterey Bay, and is an active member of the Association of Zoos and Aquariums. He is a past member of the board of directors for “Voices for Children” in Monterey. Rosenberg has also authored articles on methods to enhance the visitor experience and is a sought-after speaker at industry conferences and symposiums throughout the world.

Rosenberg is an active member of IAAPA where he recently served on the board of directors and was chairman of the global membership committee. He has served as chairman of the IAAPA zoos and aquariums committee and was a member of various constituency committees. In 2015, he was awarded the prestigious IAAPA Outstanding Service Award for his contributions to the global attractions industry.

Rosenberg has a bachelor’s degree from the University of Arizona and is an IAAPA Certified Attractions Executive (ICAE).

Joe Kleimanhttp://wwww.themedreality.com
Raised in San Diego on theme parks, zoos, and IMAX films, InPark's Senior Correspondent Joe Kleiman would expand his childhood loves into two decades as a projectionist and theater director within the giant screen industry. In addition to his work in commercial and museum operations, Joe has volunteered his time to animal husbandry at leading facilities in California and Texas and has played a leading management role for a number of performing arts companies. Joe previously served as News Editor and has remained a contributing author to InPark Magazine since 2011. HIs writing has also appeared in Sound & Communications, LF Examiner, Jim Hill Media, The Planetarian, Behind the Thrills, and MiceChat His blog, ThemedReality.com takes an unconventional look at the attractions industry. Follow on twitter @ThemesRenewed Joe lives in Sacramento, California with his wife, dog, and a ghost.
Share
Facebook
Twitter
Linkedin
Email
Print
WhatsApp
Pinterest
ReddIt
Tumblr
Previous articleKennedy Space Center Visitor Complex Presents Holiday Show Projected on Side of Saturn Rocket
Next articleMotiongate Dubai Becomes 62nd Park Worldwide Managed by Parques Reunidos