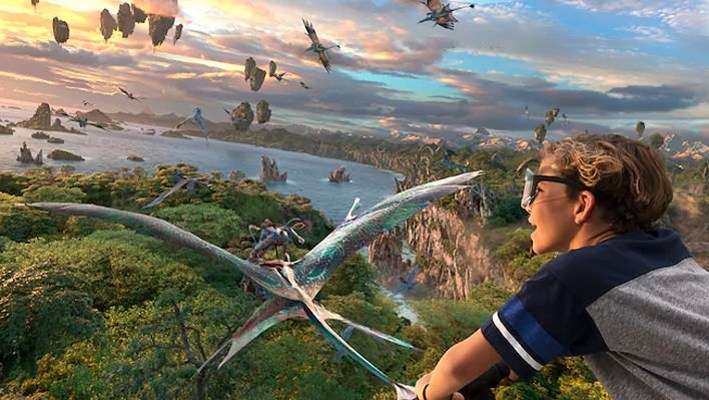 Taken together, the TEA Summit and Thea Awards Gala (April 5-7, 2018) are one big weekend of professional development, networking, education and celebration, revolving around the current slate of TEA Thea Awards recipients, and bringing together hundreds of entertainment professionals from around the globe. This big weekend of events is headlined by the best of the global themed entertainment business – industry superstars, creative and tech pioneers, and top projects all leading the way for international tourism and real estate development.

TEA’s annual Thea Awards are considered the highest honor of the themed entertainment industry. Delegates can register for one or both days of the TEA Summit, the Thea Awards Gala or the full weekend of events. Tickets/more information.

Thea Case Studies Day is a unique opportunity for revelatory, behind-the-scenes peer discussion of how these top-honored, successful projects came to be – challenges, solutions, innovations – and makes the most of the remarkable mix of industry figures who have come to town for the Thea Awards – the project owners, and the creative team that collaborated to design and realize the project and the owner’s vision, and are credited in the official Thea Awards Program.

“This usually results in some of the most interesting discussion about the project taking place anywhere,” said Mackay. “The very process of the diplomatic negotiation, the push-pull of creative/concept/financial/political requirements … these constitute the life blood of getting the vision and the reality to opening day. There are wise and important takeaways from each presentation that apply even beyond our industry.” Roberta Perry, SVP of Edwards Technologies Inc. and a past president of TEA, co-chairs the event with MacKay.

Projects scheduled to be showcased during Thea Case Studies Day are:

Attendees of Thea Case Studies Day are inspired and educated as project owners and creatives share about the creative and practical challenges of bringing a project to reality, how the creative team functioned, breakthrough moments and the success of the project after opening, sometimes making a huge difference in the region or city or property. In themed entertainment, continual reinvestment is a necessity, and as a result many projects are unique, innovative, influential one-off endeavors. The work depends upon a highly collaborative team process. The Thea Awards and Summit are two of the ways that TEA has brought international attention to this unique industry and how it operates, along with other TEA products such as the SATE conference and the TEA/AECOM Theme Index. TEA also operates on the regional level via its four Divisions: Eastern North America, Western North America, Europe & Middle East, and Asia Pacific.

For more information on Thea Case Studies and a list of speakers, visit the TEA Blog. Presentations and speakers are subject to change.