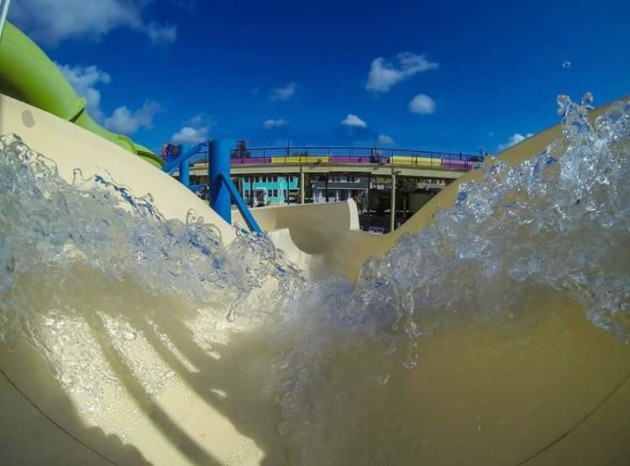 Daytona Beach, FL, USA (March 1, 2016) — On March 3, the public will for the first time have an opportunity to see the changes that United Parks, the new owner and operator of Daytona Lagoon water park, has in store, when it unveils its $2 million-plus vision for a revitalized park at a meeting of the Volusia County Council.

United Parks, which also operates Hydro Adventures in Poplar Bluff, Mo. – and is poised to become the next operator of historic Rye Playland in Westchester County, N.Y. –, will invest more than $2 million over the next two years to upgrade Daytona Beach, Fla.’s premier water park with an overall facelift, new attractions, a broader food selection, and improved amenities. Company CEO Jack Falfas, one of the amusement park industry’s most-respected operators, is overseeing Daytona Lagoon’s revitalization. Falfas’s more than 40 years of industry experience has included a number of significant parkturnarounds, including one that led to a tenfold increase in the profitability of the legendary Knott’s Berry Farm in Orange County, Calif.

“We’re truly excited for the Daytona Beach community to get its first look at what we have planned for Daytona Lagoon,” Falfas said. “The park has created so many great memories for Daytona Beach residents and visitors over the years, and we’ve worked very hard to preserve the park’s original charm while adding new attractions and amenities that will make Daytona Lagoon a must-visit attraction for many years to come.

“Working with Volusia County and the Daytona Beach community has already been an outstanding experience,” Falfas said. “The community deserves a park that’s on par with the region’s other great attractions, and we believe strongly that our commitment to creativity, safety, cleanliness, and attention to detail can take Daytona Lagoon to that level.”

On August 20, 2015, the Volusia County Council approved the lease of United Parks subsidiary, Daytona Lagoon, LLC, to become the new owner and operator of Daytona Lagoon. United Parks closed on the acquisition of the waterpark from DBWP, LLC, effective October 19, 2015.

Joe Kleimanhttp://wwww.themedreality.com
Raised in San Diego on theme parks, zoos, and IMAX films, InPark's Senior Correspondent Joe Kleiman would expand his childhood loves into two decades as a projectionist and theater director within the giant screen industry. In addition to his work in commercial and museum operations, Joe has volunteered his time to animal husbandry at leading facilities in California and Texas and has played a leading management role for a number of performing arts companies. Joe previously served as News Editor and has remained a contributing author to InPark Magazine since 2011. HIs writing has also appeared in Sound & Communications, LF Examiner, Jim Hill Media, The Planetarian, Behind the Thrills, and MiceChat His blog, ThemedReality.com takes an unconventional look at the attractions industry. Follow on twitter @ThemesRenewed Joe lives in Sacramento, California with his wife, dog, and a ghost.
Share
Facebook
Twitter
Linkedin
Email
Print
WhatsApp
Pinterest
ReddIt
Tumblr
Previous articleDuane Wiechman Celebrates 50 Years at Chance Rides
Next article2015 Marked Banner Year for Thinkwell with Fourteen Projects Opened Worldwide