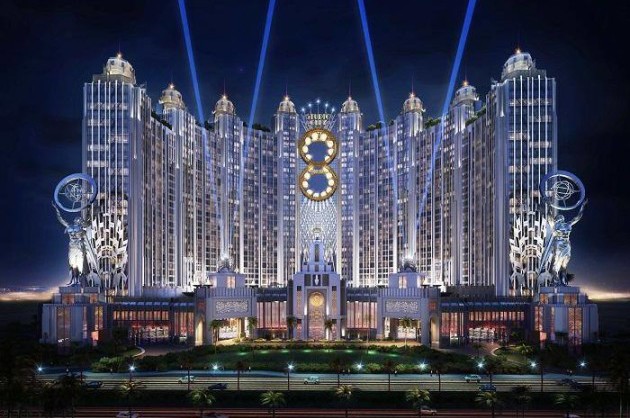 Envisioned by Mr. Lawrence Ho, the US$3.2 billion Studio City is a new cinematically-themed entertainment and leisure destination in Macau that is set to become Asia’s Entertainment Capital, and to take Macau’s entertainment destination proposition to unprecedented new levels.

Mr. Scorsese provided insights on a ‘making of’ sequence from his new special short movie, set around a Studio City storyline, which, in a world first, brings Hollywood stars DiCaprio, De Niro and Pitt together in a film. “The Audition” will premiere at the grand opening of Studio City.

“I am very happy to be talking to our media friends in Beijing and to tell them a little more about the plot of ‘The Audition’,” said Mr. Scorsese. “To put it simply, it is a short film that is all about competition between these masters of movie-acting, each of them going out for the same part in a theoretical movie, supposedly to be directed by me, set around Studio City.

“I cannot tell how much fun I have had working in collaboration with Brett Ratner, with Lawrence Ho and James Packer, and, it goes without saying, with Leo, Bob and Brad. I am looking forward to our picture’s world premiere at Studio City’s grand opening. And I hope that our audience in China will enjoy watching ‘The Audition’ as much as we enjoyed making it.”

The three-day Beijing showcase premiere provides a first opportunity for media and consumers in China to discover the thrilling new leisure entertainment attractions to be experienced at Studio City, the new Asia’s Entertainment Capital.

“As a pioneer in bringing innovative entertainment into Macau, Melco Crown Entertainment’s highly diverse portfolio of leading entertainment partnerships enables us to deliver, within Studio City, more world-class entertainment amenities than any integrated resort in the market.

“We are dedicated to creating a new era of entertainment-driven leisure experiences in Macau, supporting the Central and Macau governments’ stated aim, to further broaden the economic diversification and continued evolution of Macau and its leisure and tourism industries.”

Visitors were introduced to the entertainment and leisure destination lifestyle experiences of Studio City. Key highlights include:

As Asia’s New Entertainment Capital, Studio City will also offer the ultimate in sophisticated hotel, retail and dining experiences, designed to appeal to the wide spectrum of leisure-destination seekers from across China, Asia and around the world. 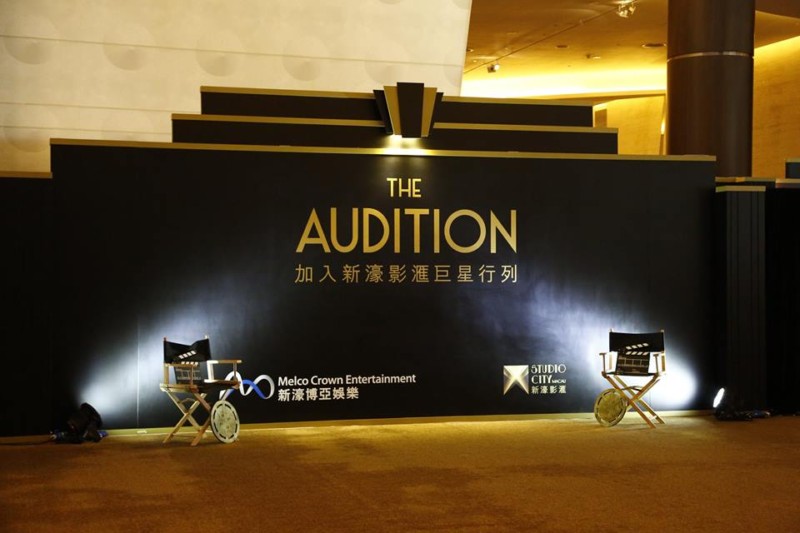 “Beijing is among the top markets in terms of the number of Chinese visitors to Macau in 2014. These are visitors with discerning tastes and a growing demand for world-class leisure experience, which Melco Crown Entertainment’s extensive portfolio of innovative entertainment offerings will satisfy. The city is thus a key market to us,” explained Mr. Ted Chan, Chief Operating Officer of Melco Crown Entertainment. “I hope our China showcase and our exciting Hollywood-inspired entertainment proposition demonstrates the importance we place on meeting the needs and demands of the Chinese leisure destination-seeker.

“We are highly confident that Studio City, with its wide range of entertainment-inspired leisure and lifestyle experiences, is ideally positioned to further enhance the leisure destination appeal of Macau amongst ever-growing demand, not only from China, but also the regional and international leisure-seekers as we work to bring new and unique non-gaming attractions to the region.”

Studio City is ideally located on Cotai, Macau, close to the Lotus Bridge immigration point which connects with Hengqin Island, and a future station-point for the Macau Light Rapid Transit. This Hollywood-themed studio-concept resort is set to become the new Asia’s Entertainment Capital.

Joe Kleimanhttp://wwww.themedreality.com
Raised in San Diego on theme parks, zoos, and IMAX films, InPark's Senior Correspondent Joe Kleiman would expand his childhood loves into two decades as a projectionist and theater director within the giant screen industry. In addition to his work in commercial and museum operations, Joe has volunteered his time to animal husbandry at leading facilities in California and Texas and has played a leading management role for a number of performing arts companies. Joe previously served as News Editor and has remained a contributing author to InPark Magazine since 2011. HIs writing has also appeared in Sound & Communications, LF Examiner, Jim Hill Media, The Planetarian, Behind the Thrills, and MiceChat His blog, ThemedReality.com takes an unconventional look at the attractions industry. Follow on twitter @ThemesRenewed Joe lives in Sacramento, California with his wife, dog, and a ghost.
Share
Facebook
Twitter
Linkedin
Email
Print
WhatsApp
Pinterest
ReddIt
Tumblr
Previous articleWalgreens Boots Alliance Named Key Sponsor of USA Pavilion at EXPO Milano 2015
Next articleNeptune Benson ProStrainer Selected for Revitalization of Longwood Gardens Fountain