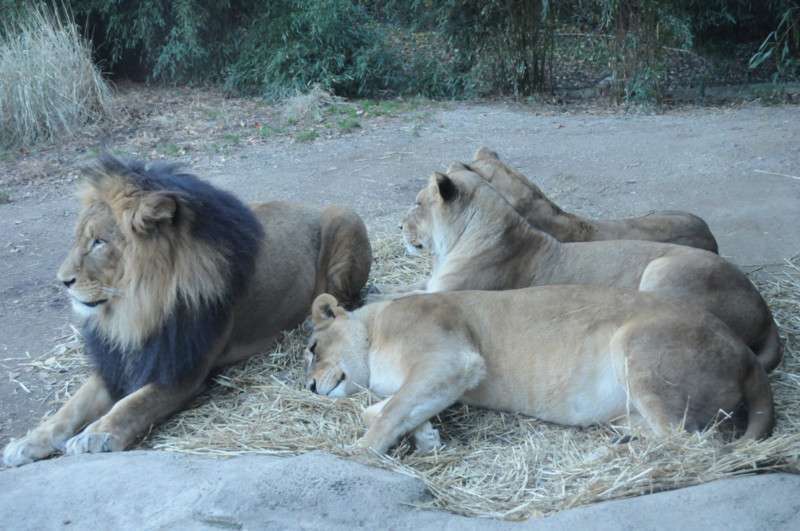 The Cincinnati Zoo features a world-class menagerie of animals from far and wide, including lions, monkeys, manatees, and a baby hippo named Fiona that has recently stolen the hearts of its 1.8 million annual visitors. Emphasizing an innovative approach, the Cincinnati Zoo emphasizes education, outreach, conservation, and giving every visitor a unique experience with wildlife that they would not have anywhere else. What the zoo lacked until recently was a reliable audio system for delivering messages throughout its sprawling campus.

“Innovation is one of our core values and something that we take very seriously,” says Chad Yelton, Vice President Marketing & Communications, Cincinnati Zoo & Botanical Gardens. “It informs everything we do, from our sustainability program and our green initiative to how we build habitats, to the people that we hire and every event that we put on here at the zoo. The desire to innovate drove our search for a better audio and security solution, and that search led us to DEVA.”

In addition to providing pristine sounding music throughout the zoo campus, the new multi-point DEVA system also helps with communication and messaging challenges: “With as many guests as the zoo attracts, we recognized the need for the paging system that could clearly and effectively deliver messages throughout our space,” says Dutch Mulholland, IT / AV Director of the Cincinnati Zoo & Botanical Gardens. In his hunt for a practical solution, Mulholland discovered power of the DEVA wireless multimedia device.

Mulholland’s first exposure to DEVA was at InfoComm three years ago. “I immediately saw the potential of all this in a wireless unit,” he says. “I saw it again there last year and was really impressed with its current capabilities, so we decided to investigate it as a possible solution for our security messaging needs.” Mulholland in his team built a heat map of their wireless access point coverage in the zoo and correlated that with projected DEVA coverage and determined that it would be a viable solution.

For the zoo and Mulholland, coverage is key. “We wanted to have as close to 100% coverage as possible with our audio messaging,” he says. This made DEVA’s wireless capabilities a key selling point. “With our old conventional sound system for emergency paging, it was always a fight to set up wiring, and then we’d deal with having squirrels chew through our cables, or even the horticulture destroying a lot of the cables that are in the ground,” he explains. “We wanted to get away from having our amplifier and signal processing off somewhere and go with something that was all in one and had zero cabling going to it.”

Starting with only two DEVA units to see how they would work with the zoo’s existing network infrastructure. “The first two Devas were a proof of concept, and ran them for a year and tested them on our infrastructure. They worked flawlessly, so we moved ahead with more of the product.” The zoo went up to 50 DEVA units, just in time for its major Festival of Lights holiday event.

Ringing in the Festival of Lights with DEVA

“Festival of Lights is an event that has been going on for 35 years,” says Yelton. “It started out as a small event with a bunch of luminaires lighting the pathways and a couple trees that were lit. Now we have over 3 million lights and displays of all kinds.” With the expansion of the lighting display and growing audiences, the zoo was keen to improve how it distributed its audio during the event.

“One of the big pushes this year was to make sure that our sound quality throughout the park was on point,” Yelton says. “Having music playing really helps give you that warm holiday feeling, which was really important to us to capture.” Playing music with DEVA is both significantly easier to use and more versatile than the antiquated playback system that predated it, which involved starting separate CD players in multiple locations around the zoo.

“With DEVA, there’s so much control and convenience—each unit can be powered on or off at the touch of a button, all remotely,” Yelton says. “We do a tree lighting every year to kick off the Festival of Lights that uses its own music separate from the park music. That used to require having to make phone calls to have music turned on or off by people in different parts of the park. Now we can do that at the touch of an iPad via the web app, which pretty incredible.”

The future is remote

The DEVA Control Panel app is key to unlocking the unit’s flexibility and remote control features. “The app is really great,” says Mulholland. “In the past, we had to go to a closet where our switches and amplifiers were just to turn a zone down or mute it. If we had a problem with something, we wouldn’t know about until it was too late, allowing amplifiers or speakers to burn up. With this app, not only does it allow us to customize our volumes in each zone remotely, which saves a lot of time, but it also allows us to monitor the Devas’ performance.”

Following the Festival of Lights, the Cincinnati Zoo plans to deploy an additional 50 DEVA units throughout the park, including 10 DEVA HD units. “Distributing the additional 50 units around the zoo will allow us to set the base volume of each even lower, ensuring that you visitors won’t be overwhelmed even if they’re standing right below one of the speakers,” Mulholland says. “We will use the DEVA HDs specifically for some of our key exhibits.

Scratching the surface of DEVA

DEVA has already had an immense impact on zoo with this year’s Festival of Lights. “The guests were more in tune with everything because there was good quality sound from DEVA working in concert with the quality lighting,” says Yelton. That impact is sure to grow with the full complement of 100 DEVA units soon-to-be positioned about the park and the power of DEVA System Manager. “With the DEVA app allowing us to mute and unmute, control volume, and deliver specialized playlists and Bluetooth, we’re totally set.”

But the zoo has only scratched the surface of the capabilities of the versatile DEVA. “Our concern here at the zoo has always been the safety of all of our guests, employees, patrons, neighbors,” says John Lusignola, Senior Security Operations Supervisor. “In addition to improving our emergency audio messaging capabilities, DEVA’s camera will allow us to have wireless video surveillance in some areas that might not otherwise have been possible due to limitations with running cabling. Video combined with motion detection and lighting makes DEVA a powerful tool for ensuring a safe zoo experience.”

Joe Kleimanhttp://wwww.themedreality.com
Raised in San Diego on theme parks, zoos, and IMAX films, InPark's Senior Correspondent Joe Kleiman would expand his childhood loves into two decades as a projectionist and theater director within the giant screen industry. In addition to his work in commercial and museum operations, Joe has volunteered his time to animal husbandry at leading facilities in California and Texas and has played a leading management role for a number of performing arts companies. Joe previously served as News Editor and has remained a contributing author to InPark Magazine since 2011. HIs writing has also appeared in Sound & Communications, LF Examiner, Jim Hill Media, The Planetarian, Behind the Thrills, and MiceChat His blog, ThemedReality.com takes an unconventional look at the attractions industry. Follow on twitter @ThemesRenewed Joe lives in Sacramento, California with his wife, dog, and a ghost.
Share
Facebook
Twitter
Linkedin
Email
Print
WhatsApp
Pinterest
ReddIt
Tumblr
Previous article
New DNP Firmware Provides Capability to Print 6×6-Inch Square Prints
Next article
Alcorn McBride Equipment Updates Meteor Crater Interactive Discovery Center