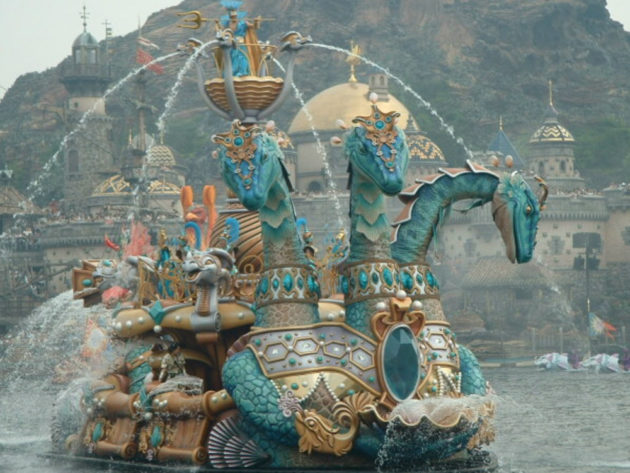 San Bernardino, CA, USA — Garner L. Holt, founder and president of Garner Holt Productions, Inc. (GHP) has been awarded the Disneyana Fan Club’s (DFC) 2016 DFC Disney Legend Award. The Disneyana Fan Club—founded in 1984 as the National Fantasy Fan Club to celebrate its members’ mutual love of all things Disney—presents the annual award to individuals whose accomplishments have helped to make an extraordinary and lasting impact on the entertainment, educational, and cultural legacy of Walt Disney.

According to the DFC, honorees are recognized for their unique artistry, imagination and industry. Recipients are selected for helping to create lasting memories for Disney fans, and based on the lasting impact of their individual contribution to Disney audiences from films to theme parks all over the world and are nominated by their peers, former recipients, and members of the club, and selected by the club’s Legends Committee. 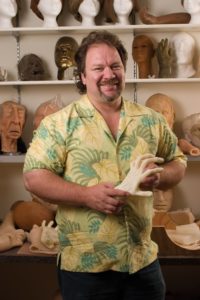 Garner Holt founded the company which bears his name based largely on his love for Disney’s Audio-Animatronics attractions at Disneyland. In 1977, at age 16, he incorporated GHP in California to design and produce animatronic presentations. Since then, GHP has created nearly 5,000 individual animatronic characters for leading theme parks around the world, including work at all six Disney theme park resorts around the world, Universal Studios, Knott’s Berry Farm, and dozens of other theme parks and clients like Hershey, Mattel, Nike, Coca-Cola, McDonald’s, Chuck E, Cheese, Lockheed Martin, and hundreds more. Today, GHP is the primary supplier of animatronic figures for Disney parks worldwide.

“I’m humbled by the DFC’s award,” said Holt. “The entire focus of my company has been to create high-quality entertainment and educational animatronics and attractions in the style of Walt Disney. I’m moved and proud that my company and life’s work has been deemed a major contributor to that great man’s legacy.”

Holt is the lead creative and mechanical designer for GHP’s animatronics, which have included most of Disney’s major attractions throughout the last several decades at parks from the original Disneyland to the upcoming Shanghai Disneyland. The DFC’s Disney Legend Award will be given to Holt at the DFC’s annual convention in Anaheim, CA on July 14.

Joe Kleimanhttp://wwww.themedreality.com
Raised in San Diego on theme parks, zoos, and IMAX films, InPark's Senior Correspondent Joe Kleiman would expand his childhood loves into two decades as a projectionist and theater director within the giant screen industry. In addition to his work in commercial and museum operations, Joe has volunteered his time to animal husbandry at leading facilities in California and Texas and has played a leading management role for a number of performing arts companies. Joe previously served as News Editor and has remained a contributing author to InPark Magazine since 2011. HIs writing has also appeared in Sound & Communications, LF Examiner, Jim Hill Media, The Planetarian, Behind the Thrills, and MiceChat His blog, ThemedReality.com takes an unconventional look at the attractions industry. Follow on twitter @ThemesRenewed Joe lives in Sacramento, California with his wife, dog, and a ghost.
Share
Facebook
Twitter
Linkedin
Email
Print
WhatsApp
Pinterest
ReddIt
Tumblr
Previous articleRio Opens Olympic City Museum featuring Virtual Flyovers of Olympic Host City
Next articleMovie Park Germany to Launch Star Trek Coaster in 2017