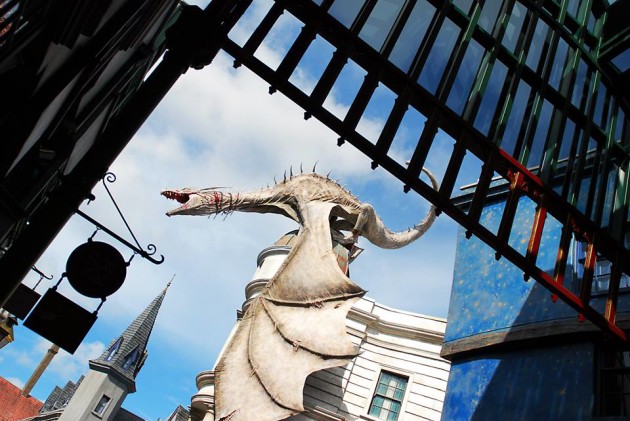 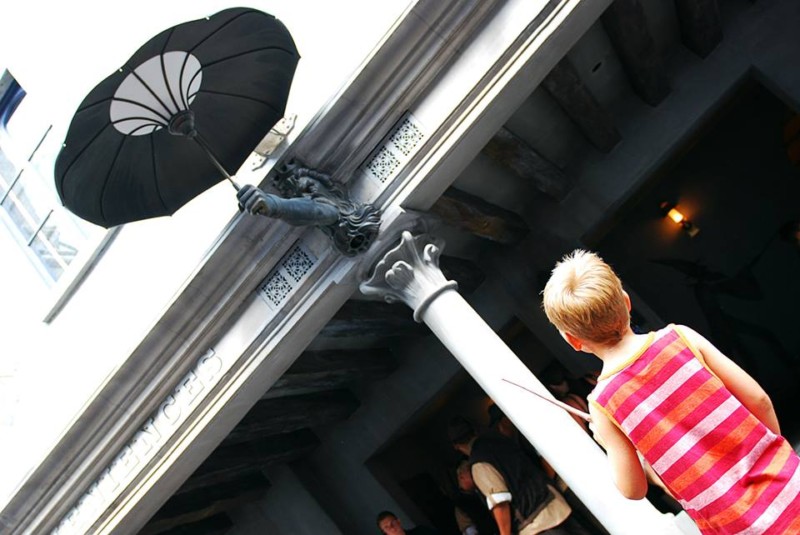 Thea Awards Committee chair Patti Drum (Lexington Design + Fabrication) said, “The Committee has the ability to create a new award name when a project merits this; it is an extremely rare occasion and was deliberated on intensely. Several names were discussed and ‘Paragon’ was decided due to the ‘game changing’ and immersive nature of the experience surpassing any other experience to date. It is the best of the best.” 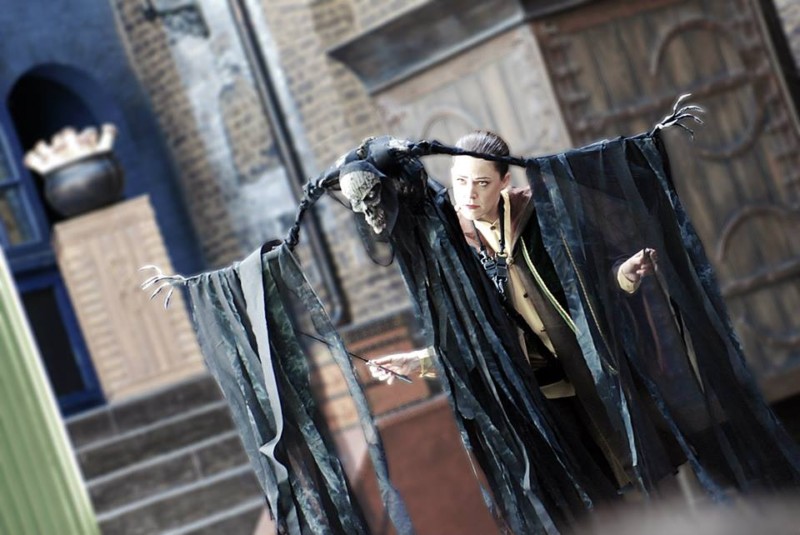 The Paragon Award will be officially presented on March 21 at the Thea Awards Gala, and accepted by Mark Woodbury, President of Universal Creative for Universal Parks and Resorts and Thierry Coup, Senior VP Creative Studio at Universal Parks and Resorts. The annual Thea Awards Gala is an elegant, black-tie dinner affair held at the Disneyland Resort in Anaheim, Calif. USA. TEA’s annual Thea Awards are considered the highest honor of the themed entertainment industry, and the 16 Thea recipients for 2015 span the globe. 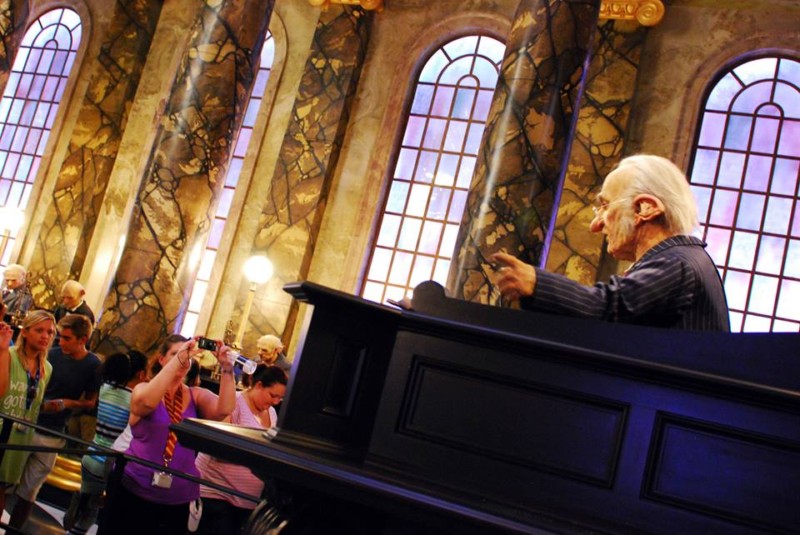 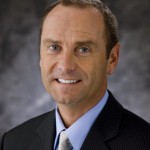 Thierry Coup is SVP of the Creative Studio for Universal Creative and in charge of media production for Universal Parks and Resorts. He has played an integral role in shaping the blockbuster rides and attractions at Universal Orlando Resort since he joined Universal Creative in 1995. Thierry is probably best known for pushing the envelope in the creative design of world-class projects, such as the “Amazing Adventures of Spider-Man” 3D, “Sesame Street 4D movie Magic”,  “King Kong 360 3D” and as the creator of Harry Potter and The Forbidden Journey within Hogwarts castle in The Wizarding World of Harry Potter. 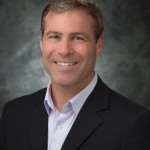 A graduate of the Art Center College, Sameer has 15 years of show production, design and visual effects experience for leading, International firms. With expertise in Industrial and Environmental Design, he has produced numerous exhibits and shows for Universal Studios Japan, NASA, corporate visitor centers and museums world-wide. Sameer joined Universal Creative in 2012 as leader of an ambitious team that created the Interactive wand experience for the Wizarding World of Harry Potter – Diagon Alley. He currently is leading the charge for an all-new R&D group tasked with identifying and applying next generation technologies for future entertainment throughout Universal Parks & Resorts. 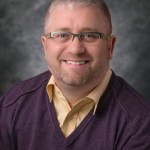 Dale has been with Universal Creative for over 25 years as a key member of the design team that has created some of the industry’s most immersive, compelling and award winning entertainment experiences. Career highlights include blue sky and Project Creative Director for Islands of Adventure, blue sky development for Transformers the Ride, King Kong 360-3D, The Wizarding World of Harry Potter “Hogsmeade,” and many of the early concepts for Universal’s International theme parks.  Most recently Dale was responsible for the blue sky, design development and ultimately Creative Project Director for the Wizarding World of Harry Potter – Diagon Alley. 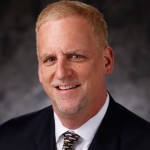 Chris has over 20 years experience as a key member of engineering teams that have created some of the most technically advanced attractions ever developed.  Chris started his career with Disney as part of the team that produced WDW Splash Mountain, Tower of Terror, and Space Mountain for Disneyland Paris. During his tenure with Universal Creative, Chris has been a major contributor to the success of Universal’s most sophisticated ride systems including Harry Potter and the Forbidden Journey, Escape from Gringotts and Transformers. Chris is currently responsible for Ride and Show Control Systems for all of Universal’s new attractions worldwide. 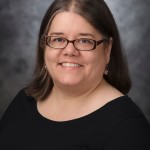 Katy Pacitti joined Universal Creative ten years ago with an extensive background in the theme park, entertainment and technology industries. She has been a key contributor in many blue-sky projects including both Wizarding Worlds of Harry Potter, Transformers The Ride-3D, King Kong 360 3-D and numerous international projects for Universal Studios Japan and Singapore. Most recently she was Producer of the Wizarding World of Harry Potter- Diagon Alley and instrumental in the successful execution of London, Diagon Alley and both train stations. In addition to Katy’s many skills she is considered the resident “expert” of the JK Rowling fiction for Universal Creative. 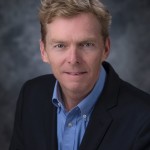 Mark’s introduction to the themed entertainment industry began in 1992 when he worked with the visionary Doug Trumbull on the Luxor Las Vegas project, which ultimately led him to Universal Parks & Resorts. In Mark’s current role as Executive Media Producer for Universal Creative, he has played a key role in the development of many, if not most of Universal’s award-winning attraction films including The Adventures of Spider-Man, Harry Potter and the Forbidden Journey, Harry Potter and the Escape from Gringotts, Transformers the Ride, King Kong 360-3D and The Simpsons. 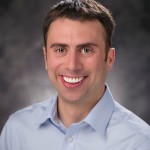 Justin joined Universal Creative after graduating with a BS in Mechanical Engineer from Bucknell University. He quickly advanced through the organization due to his innovative approach and technology expertise. His experience includes development of numerous international and domestic attractions. Most recently he served as lead engineer on the Hogwarts Express attraction and played a major role in the development of the Interactive Wand Experience in The Wizarding World of Harry Potter – Diagon Alley. In addition to his many achievements, Justin is a key member of the technology innovation team responsible for developing next generation entertainment experiences for Universal Parks & Resorts.

Joe Kleimanhttp://wwww.themedreality.com
Raised in San Diego on theme parks, zoos, and IMAX films, InPark's Senior Correspondent Joe Kleiman would expand his childhood loves into two decades as a projectionist and theater director within the giant screen industry. In addition to his work in commercial and museum operations, Joe has volunteered his time to animal husbandry at leading facilities in California and Texas and has played a leading management role for a number of performing arts companies. Joe previously served as News Editor and has remained a contributing author to InPark Magazine since 2011. HIs writing has also appeared in Sound & Communications, LF Examiner, Jim Hill Media, The Planetarian, Behind the Thrills, and MiceChat His blog, ThemedReality.com takes an unconventional look at the attractions industry. Follow on twitter @ThemesRenewed Joe lives in Sacramento, California with his wife, dog, and a ghost.
Share
Facebook
Twitter
Linkedin
Email
Print
WhatsApp
Pinterest
ReddIt
Tumblr
Previous articleOnline Registration Now Open for 2015 Asian Attractions Expo
Next articleChristie Wins Two Major Awards at ISE 2015