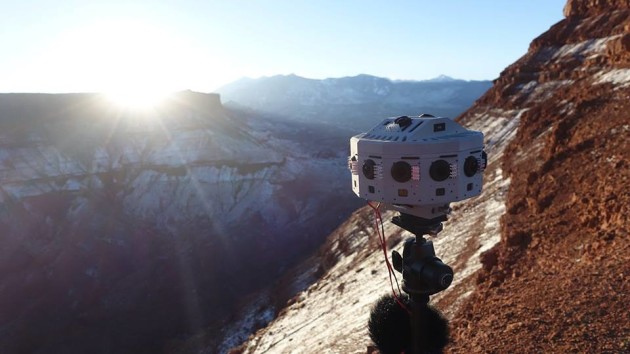 Jaunt leads the industry in innovation through its unrivaled end-to-end solution for creating and distributing premium live-action VR. This latest round of funding will enable Jaunt to significantly scale up VR production, and advance their professional-grade camera hardware and software production tools, delivering content to the widest array of mobile devices and VR hardware in the industry. In addition, Jaunt plans to use the funding to significantly grow their teams in both their Palo Alto headquarters and their new Los Angeles studio.

Additional new investors in the Series C round include leading European media companies ProSiebenSat.1 SE and Axel Springer SE, and The Madison Square Garden Company. They join existing participating investors that include Google Ventures, Highland Capital, Redpoint Ventures, Sky and SV Angel. The new round brings Jaunt’s total funding to over $100 million and positions the company as the best-capitalized player in content creation and technology for cinematic VR. With these new additions, Jaunt’s investor group offers a global network of deep ties to the largest brands, franchises, talent and technologies, across all entertainment and media, as well as partners who add unique perspective and experience as Jaunt continues to expand and innovate.

“This round further illustrates our commitment and dedication to advancing the scope of cinematic VR – for filmmakers, storytellers, and audiences alike,” said Jens Christensen, CEO and co-founder of Jaunt. “With the support of these world-class companies, we will explore new avenues, building on our leadership position to deliver amazing VR experiences using best-in-class tools, technology, and creative teams.”

“Brands, artists, and creatives are looking to reach and interact with their audiences in new innovative ways, and Jaunt’s expertise provides a groundbreaking medium for exploring these new avenues,” said Rick Hess, founder and Co-Managing Partner of Evolution Media Partners. “We look forward to working with Jaunt as they continue to pioneer in this space, giving them access to our wide-reaching network, and expanding on their distribution potential.”

In recent years, advances in technology and mobile devices have made fully-immersive VR possible and accessible to the masses. Jaunt is at the forefront of this content revolution, and is partnering with the leading content creators as well as technology and media companies to take VR to the next level. Jaunt currently works with notable brands and creative artists including The North Face, Rebecca Minkoff, Condé Nast and ABC News, and is looking forward to building relationships with new and innovative creators across a wide variety of verticals.

“We have been closely monitoring the evolution of video technology on the global horizon, and are excited about the potential for VR. It is having implications in areas such as film, television, games, sports, mobile, as well as other entertainment content and experiences where CMC has a profound connection and substantial engagement,” said Ruigang Li, Chairman of China Media Capital. “Jaunt will be an important step in CMC’s foray into this global entertainment technology revolution.”

“When Jaunt launched a little over 2 years ago, VR was the domain of a few enthusiasts like us,” said David Anderman, Jaunt’s Chief Business Officer. “Fast forward to today, with the ability to view VR content on any current smartphone, and a half dozen head mounted displays launching in the next 12 months, the addressable number of users will instantly be in the millions, and quickly grow from there. We look forward to supplying great content to all those users and contributing to the success of VR as a new content medium.”

This funding comes on the heels of Jaunt’s recently-announced 5th generation patent pending camera system, officially named Jaunt ONE, which is built from the ground up for VR, and after two years of testing, pushes the limits of technological innovation. The company also announced Jaunt Studios earlier this year, a new arm of the company focused solely on developing, producing and collaborating on live-action virtual reality experiences from its LA studio.

Fenwick & West and The Raine Group advised Jaunt on the transaction.

*The interest is owned by a wholly owned subsidiary of TWDC.

Joe Kleimanhttp://wwww.themedreality.com
Raised in San Diego on theme parks, zoos, and IMAX films, Joe Kleiman would expand his childhood loves into two decades as a projectionist and theater director within the giant screen industry. In addition to his work in commercial and museum operations, Joe has volunteered his time to animal husbandry at leading facilities in California and Texas and has played a leading management role for a number of performing arts companies. Joe has been News Editor and contributing author to InPark Magazine since 2011. HIs writing has also appeared in Sound & Communications, LF Examiner, Jim Hill Media, and MiceChat. His blog, ThemedReality.com takes an unconventional look at the attractions industry. Follow on twitter @ThemesRenewed Joe lives in Sacramento, California with his fiancé, two dogs, and a ghost.
Share
Facebook
Twitter
Linkedin
Email
Print
WhatsApp
Pinterest
ReddIt
Tumblr
Previous articleOklahoma City Selects PGAV to Evaluate American Indian Cultural Center and its Property
Next articleLucas Museum of Narrative Art Presents Architectural Plans from Ma Yansong and VOA