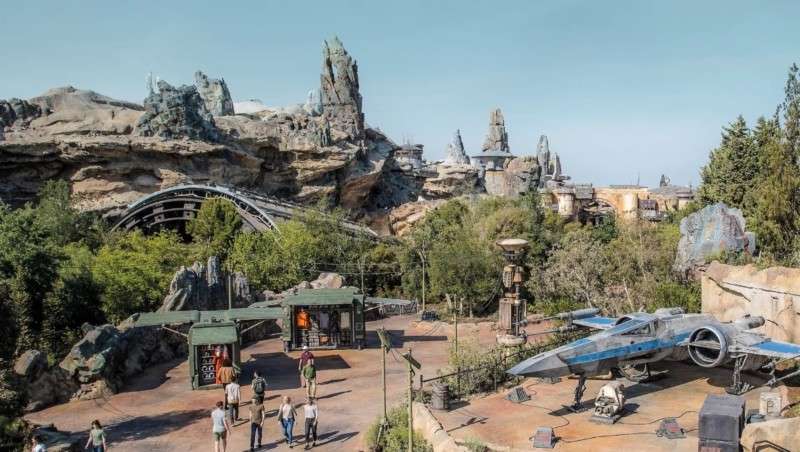 George A. Kalogridis, who has led Walt Disney World Resort since 2013, will take on a new role as President, Disney Segment Development and Enrichment. In this new position, he will be responsible for developing strategic and operational business initiatives while developing and scaling best practices across sites and lines of business. He will also lead the Disney Institute, and serve as strategic advisor to park operators, leveraging his nearly 50 years of experience to help address challenges and pursue opportunities. George was a Cast Member on Walt Disney World’s opening day in 1971, and is uniquely qualified to help welcome the world to Orlando as the official Global Ambassador for Walt Disney World Resort’s 50th Anniversary Celebration.

“This is one of the most exciting times in the history of Disney parks, and I am thrilled that these dynamic leaders will be at the helm of Disneyland and Walt Disney World during this period of unprecedented expansion,” said Chapek. “Josh and Rebecca bring broad-based experience, enthusiasm, and a keen understanding of the importance of the Disney Difference to our Guests. George’s 48 years of experience put him in a perfect position to share best practices across the organization, and serve as a key advisor to leadership.”

Josh D’Amaro comes to Walt Disney World Resort after serving as president of Disneyland Resort since March of 2018, where he delivered record-setting results and oversaw significant investment, including the successful opening of the resort’s largest land expansion, Star Wars: Galaxy’s Edge. During his tenure, D’Amaro led a Cast-first culture, making significant investments in everything from wages and a free education program for hourly cast, to a $10 million child care assistance program for all Cast Members. D’Amaro also worked with the community on critical issues including workforce development and affordable housing. D’Amaro comes to Walt Disney World Resort with a strong background in operations, marketing, and commercial strategy.

“I have been incredibly honored to lead the Disneyland Resort, and humbled to work alongside our amazing Cast Members,” said D’Amaro.  “From the moment I arrived in Orange County, I felt welcomed and proud to engage with this community. Over the past two years, we’ve worked hard to ensure that Disneyland is a great place for our Guests to visit and for our Cast to work. At the same, the Walt Disney World Resort is undergoing one of its most significant transformations in its history. My ties to the Cast of the Walt Disney World Resort and to the Central Florida community run deep, and I look forward to rejoining the team.”

Disneyland Resort’s new president, Rebecca Campbell will relocate to Southern California from London, where she served as president, Europe, Middle East and Africa for The Walt Disney Company’s Direct-to-Consumer & International segment. In this role, Campbell was accountable for Disney’s media and motion picture operations across the region.  Previously, Campbell was president of the ABC-Owned Television Station Group and ABC Daytime. Campbell has also overseen ABC National Television Sales.

“As a lifelong fan of Disney parks, I am thrilled for the opportunity to lead the Disneyland Resort,” said Campbell. “I can’t wait to work closely with my fellow Cast Members to continue to deliver great experiences for our millions of guests, and to ensure that the Disneyland Resort remains a great place to work and is a leading community partner in Anaheim and Orange County. This is a period of incredible investment in the Disneyland Resort, and I am excited to help bring more of the world’s favorite stories from Disney, Pixar, Marvel and Star Wars to life for our Guests.”

In addition to these changes, Michael Colglazier, who leads Disney parks and resorts in Asia, will add Disneyland Paris to his portfolio and take on a new role, president and managing director, Disney Parks International. Michael has been with The Walt Disney Company for more than 30 years, and has a wealth of domestic and international management experience. Disneyland Paris president Natacha Rafalski will report to Michael.

Joe Kleimanhttp://wwww.themedreality.com
Raised in San Diego on theme parks, zoos, and IMAX films, InPark's Senior Correspondent Joe Kleiman would expand his childhood loves into two decades as a projectionist and theater director within the giant screen industry. In addition to his work in commercial and museum operations, Joe has volunteered his time to animal husbandry at leading facilities in California and Texas and has played a leading management role for a number of performing arts companies. Joe previously served as News Editor and has remained a contributing author to InPark Magazine since 2011. HIs writing has also appeared in Sound & Communications, LF Examiner, Jim Hill Media, The Planetarian, Behind the Thrills, and MiceChat His blog, ThemedReality.com takes an unconventional look at the attractions industry. Follow on twitter @ThemesRenewed Joe lives in Sacramento, California with his wife, dog, and a ghost.
Share
Facebook
Twitter
Linkedin
Email
Print
WhatsApp
Pinterest
ReddIt
Tumblr
Previous articleChristie Pandoras Box enables the creation of memorable visuals at 2019 FIBA Basketball World Cup opening ceremony
Next articleIAAPA opens custom designed global headquarters building in Orlando