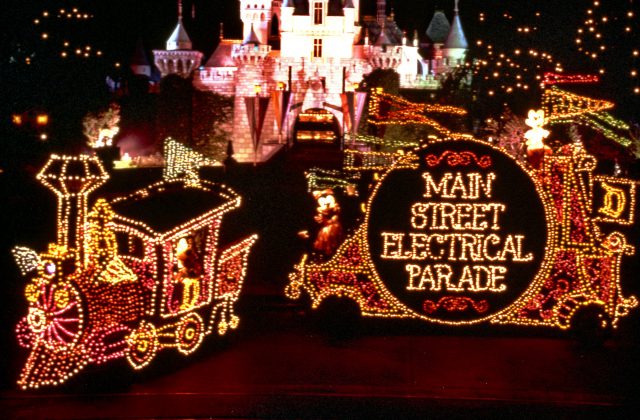 Disneyland Park will see the return of a park classic, The Main Street Electrical Parade, on Friday, Jan. 20, 2017, with all the lights, sounds, music and fun that have made it a beloved icon. With nightly performances through Sunday, June 18, guests will have a limited time to enjoy the parade’s encore performance.

The dazzling and colorful after-dark parade premiered in Disneyland in 1972 and has been seen at Disney Parks around the world. Although its last Disneyland Park performance was in November 1996, and at Disney California Adventure Park in 2010, it has continued to shine brightly in the memories of thousands of guests. 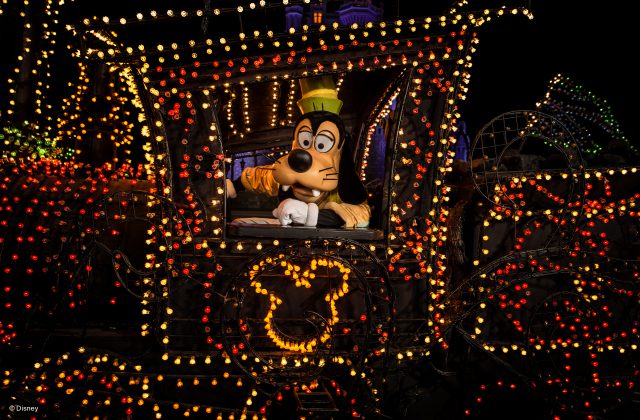 Guests who wish to be among the first to welcome the parade back to Disneyland may purchase a special, separate ticket for an after-hours premiere on Thursday evening, Jan.19. After the park closes, premiere ticket holders will enjoy a night of exclusive access to select Disneyland attractions and select restaurants from 7:30 to midnight, along with an exciting performance of the Main Street Electrical Parade before its official return on Jan. 20. Tickets to the premiere go on sale for Disneyland Resort Annual Passholders on Tuesday, Dec. 6, and to the general public on Tuesday, Dec. 13. They may be purchased at any Disneyland Resort ticket booth or by calling 714-781-INFO (714-781-4636).

Accompanied by treasured Disney tunes interwoven with the distinctive “Baroque Hoedown” synthesized soundtrack, the Main Street Electrical Parade brings a variety of beloved Disney stories to life in parade floats covered in approximately half a million twinkling lights. Mickey Mouse, Minnie Mouse and Goofy lead the way and Cinderella, Peter Pan, Snow White, Pinocchio and Alice in Wonderland are among the characters whose stories unfold along the parade route. Tinker Bell now appears with other fairies on the Peter Pan float.

Some of the parade’s most impressive scenes are the 23-foot-tall Clock Tower looming over Cinderella’s Ball, attended by elegant ballroom dancers in costumes covered with lights; and the 108-foot-long finale unit, a red-white-and-blue tribute to America. Elliot, the smoke-breathing, tail-wagging “Pete’s Dragon,” weighs more than 5,600 pounds and is 16 feet tall, more than 10 feet wide and 38 feet long. Guests will need to keep an eye out for Elliot, who disappears from time to time along the route. 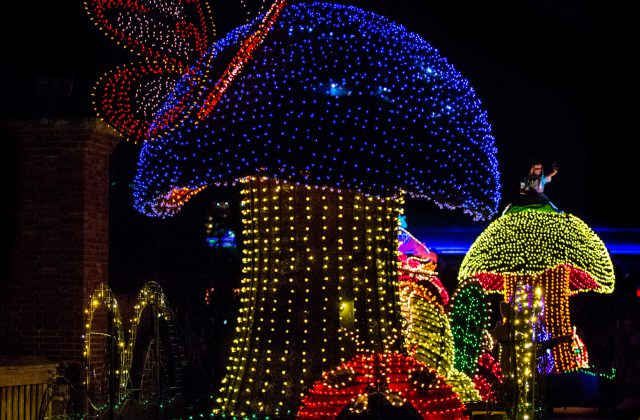 Information about the Main Street Electrical Parade premiere party, happening after hours on Jan. 19, are available on www.Disneyland.com.

Joe Kleimanhttp://wwww.themedreality.com
Raised in San Diego on theme parks, zoos, and IMAX films, InPark's Senior Correspondent Joe Kleiman would expand his childhood loves into two decades as a projectionist and theater director within the giant screen industry. In addition to his work in commercial and museum operations, Joe has volunteered his time to animal husbandry at leading facilities in California and Texas and has played a leading management role for a number of performing arts companies. Joe previously served as News Editor and has remained a contributing author to InPark Magazine since 2011. HIs writing has also appeared in Sound & Communications, LF Examiner, Jim Hill Media, The Planetarian, Behind the Thrills, and MiceChat His blog, ThemedReality.com takes an unconventional look at the attractions industry. Follow on twitter @ThemesRenewed Joe lives in Sacramento, California with his wife, dog, and a ghost.
Share
Facebook
Twitter
Linkedin
Email
Print
WhatsApp
Pinterest
ReddIt
Tumblr
Previous articleTEA Summit Sponsorship Opportunities, Early Bird Thea Award Gala Tickets Now Available
Next articleGroundbreaking Takes Place for Jack Rouse Associates Designed Appleton Estate Rum Tour