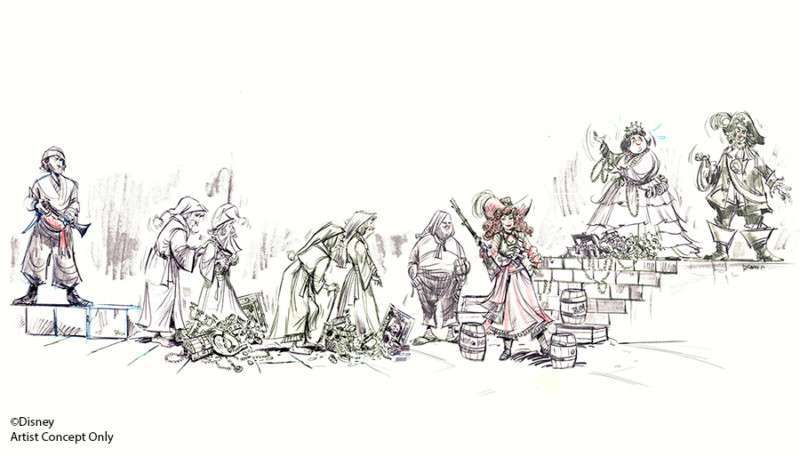 When Pirates of the Caribbean re-opens at Disneyland Paris on July 24, guests will discover new surprises as well as a band of new buccaneers. The blockbuster “Pirates of the Caribbean” films provided the inspiration for the park’s Imagineering team to come up with new twists and turns in its story, and a chance to introduce new characters and magic to this classic attraction.

Captain Barbossa, from the blockbuster films, will appear in the attraction for the first time, joining a skeletal crew in a scene unique to Disneyland Paris. Also, ghostly visages of Davy Jones and Blackbeard will warn that “dead men DO tell tales!” 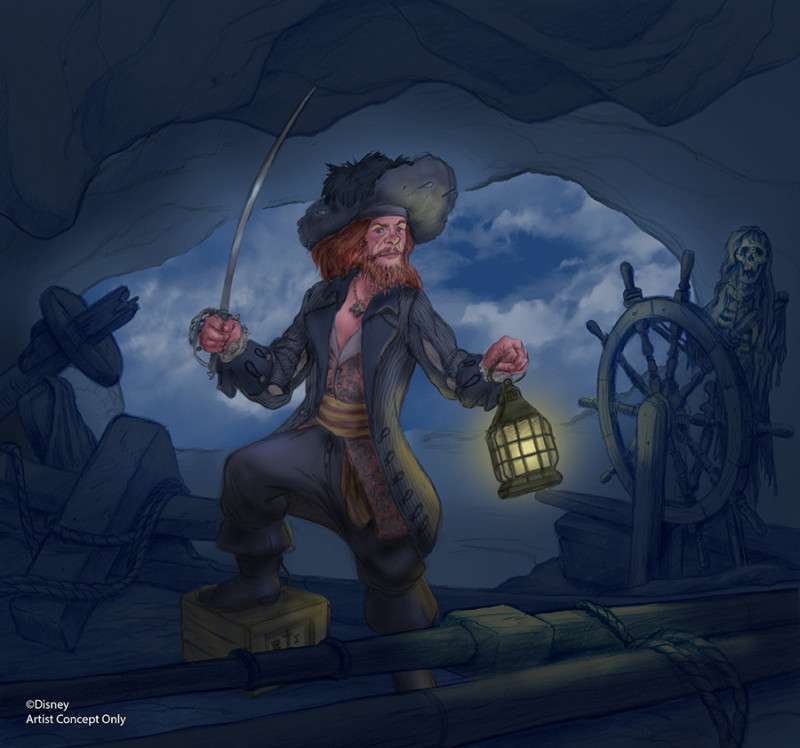 Throughout the attraction, Disneyland Paris has enhanced the show with new Audio-Animatronics figures, costumes, special effects, lighting and sound, including some of the now-classic musical themes from the films. Of course, the classic “A Pirates Life for Me!” song will continue to underscore the attraction.

You’ll even discover that a familiar character is playing a new role joining the pirates ranks and helping the local townspeople “unload” their valuables at the Mercado auction. In the U.S., this famous redhead will appear in a similar scene at the Magic Kingdom Park and Disneyland park in 2018 following a previously scheduled refurbishment.

Disneyland Paris guests will also discover some changes to the Blue Lagoon Restaurant, re-opening as Captain Jack’s. Captain Jack won the restaurant in a wager and is now welcoming pirates of all ages to relax over a drink and hot meal. The interior of the restaurant has been re-themed and the establishment has been staffed with a fun-loving band of pirates.

The adventures set sail on July 24 in Adventureland at Disneyland Paris.

Joe Kleimanhttp://wwww.themedreality.com
Raised in San Diego on theme parks, zoos, and IMAX films, InPark's Senior Correspondent Joe Kleiman would expand his childhood loves into two decades as a projectionist and theater director within the giant screen industry. In addition to his work in commercial and museum operations, Joe has volunteered his time to animal husbandry at leading facilities in California and Texas and has played a leading management role for a number of performing arts companies. Joe previously served as News Editor and has remained a contributing author to InPark Magazine since 2011. HIs writing has also appeared in Sound & Communications, LF Examiner, Jim Hill Media, The Planetarian, Behind the Thrills, and MiceChat His blog, ThemedReality.com takes an unconventional look at the attractions industry. Follow on twitter @ThemesRenewed Joe lives in Sacramento, California with his wife, dog, and a ghost.
Share
Facebook
Twitter
Linkedin
Email
Print
WhatsApp
Pinterest
ReddIt
Tumblr
Previous article
Game of Thrones Touring Exhibition to Showcase Largest Public Display of Props and Costumes from Hit Series
Next article
Wanda Group to Sell 91% Stake in Chinese Attraction Holdings