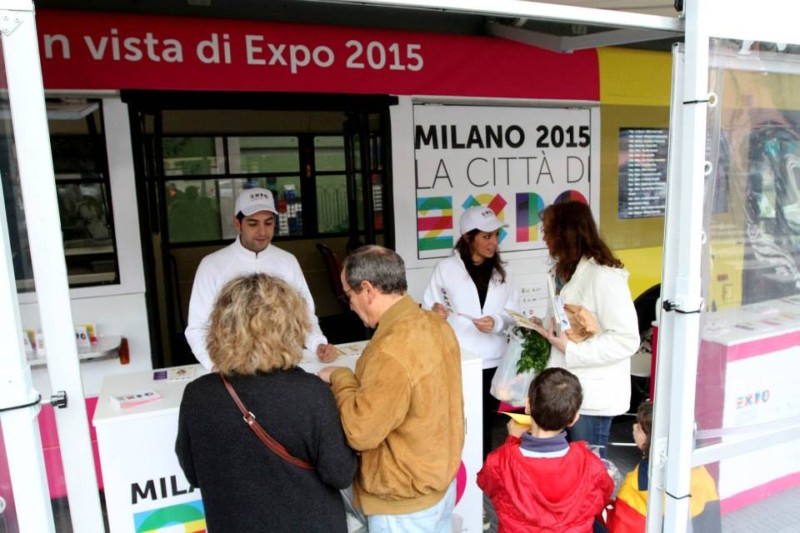 Milan, Italy — The official mascot of Expo Milano 2015 will be sketched by Disney Italia. The news has been announced in New York by Expo Milano 2015 CEO Giuseppe Sala during his mission in the US.

The famous American company, leader in the media, show business and entertainment sectors, has won the tender notice for the development, the promotion and the commercialization of Universal Exposition’s Intellectual Property.

The character that has been created by The Walt Disney Company Italia for Expo Milano 2015 will become the first ambassador of 2015 event in the world. It will be reproduced and differentiated in various typologies of merchandising products and will represent the cheerful and funny face – in a perfect Disney style – of the Universal Exposition’s theme “Feeding the Planet, Energy for Life”.

“Disney Italia – has explained Expo Milano 2015 CEO Giuseppe Sala – has won a very interesting tender notice, to which many important companies, among the leaders in the entertainment world, have participated in. The design of the Universal Exposition’s mascot needs an original creativity’s effort and an incredible communicative capacity. I would like to thank Disney Italia for the hard work and the crucial contribute to Universal Exposition success, thanks to the character designed. With a strong experience in the entertainment sector, Disney Italia has presented a very impressive proposal, which will certainly win Expo Milano 2015 visitors love”.

The Expo Milano 2015 official mascot will be presented in the following weeks, during a dedicated event.

Joe Kleimanhttp://wwww.themedreality.com
Raised in San Diego on theme parks, zoos, and IMAX films, InPark's Senior Correspondent Joe Kleiman would expand his childhood loves into two decades as a projectionist and theater director within the giant screen industry. In addition to his work in commercial and museum operations, Joe has volunteered his time to animal husbandry at leading facilities in California and Texas and has played a leading management role for a number of performing arts companies. Joe previously served as News Editor and has remained a contributing author to InPark Magazine since 2011. HIs writing has also appeared in Sound & Communications, LF Examiner, Jim Hill Media, The Planetarian, Behind the Thrills, and MiceChat His blog, ThemedReality.com takes an unconventional look at the attractions industry. Follow on twitter @ThemesRenewed Joe lives in Sacramento, California with his wife, dog, and a ghost.
Share
Facebook
Twitter
Linkedin
Email
Print
WhatsApp
Pinterest
ReddIt
Tumblr
Previous article
Spontaneous Fantasia at the Fujitsu Planetarium
Next article
Disney’s Jungle Cruise Getting Holiday Makeover on Both Coasts