Springtime at Disneyland Paris Belongs to Pirates and Princesses 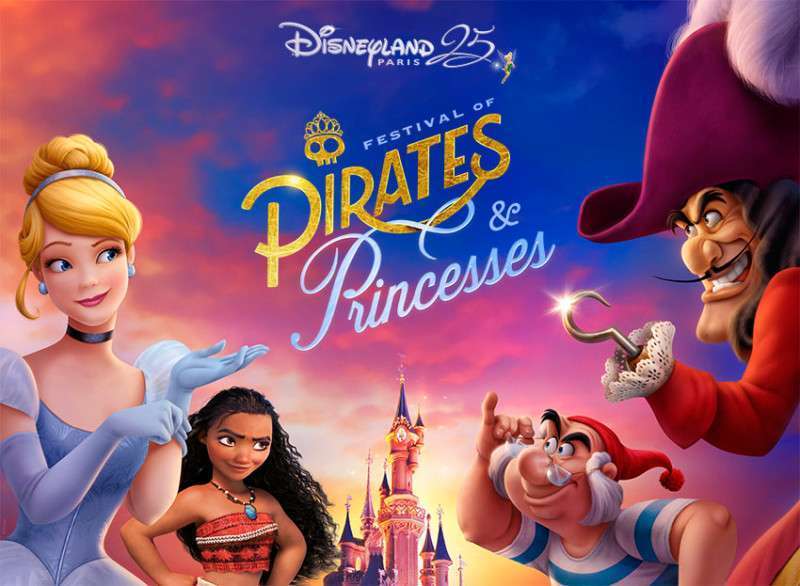 This spring, Disneyland Paris guests can choose their side—Pirates or Princesses. Guests will experience shows and attractions, meet Disney Characters, have their faces painted, get dressed up and enjoy a variety of entertainment at Disneyland Paris Park. This will help them create their very own adventure story, with them starring as the hero. They can choose to be one side or decide to be both with the park’s brand-new “Festival of Pirates and Princesses,” one of the highlights of the 25th Anniversary celebrations that are coming to a close in September 2018.

Disney Pirate or Princess: Make your Choice! is the latest show coming to Disneyland Paris in spring 2018 and it involves more than 85 performers. Show director Christophe Leclercq has created a wholly interactive and unrestricted show: “This is the first time we have ever immersed our guests so fully in an outdoor show. They decide on their team and they experience a different story depending on the choice they make.”

The two worlds will merge several times a day. Setting off from opposite ends of the Parade route, both the Pirates float and Disney Princesses float stop halfway and immerse guests in a musical celebration. Then, the floats will head to Central Plaza where they’ll come together for a spectacle full of guest interaction.

On the blossoming, spring-color Princesses float, guests will see the heroes of our childhood, like Cinderella and Belle, as well more recent favorites, like Rapunzel. Leclercq says, “There will be nine Disney Princesses in total, as well as Moana—and they will be joined by none other than Mickey Mouse!” They will be surrounded by a troupe of dancers in costumes bursting with flowers and other natural sculptures and will be celebrating the Fantasyland® world, where dreams come true. 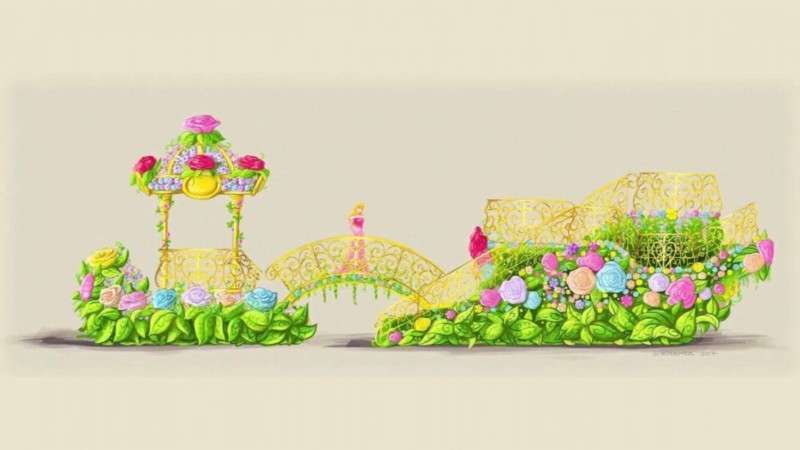 On the Pirate side, a huge galleon will sail down Main Street, U.S.A.®, as though it were on the ocean’s peaceful waves. Captain Hook and Mr Smee will be on-board, up against Peter Pan and Wendy… as well as Minnie Mouse in her best buccaneer outfit! According to Leclercq, “New Characters also join this crew, including the hero from Disney Junior’s Jake and the Never Land Pirates, who will sail by on the hull of his ship!”. An acrobatic crew of pirates can be seen leaping from one mast to another or up into the air, making this spring cruise a joyful, musical adventure celebrating the spirit of Adventureland®. 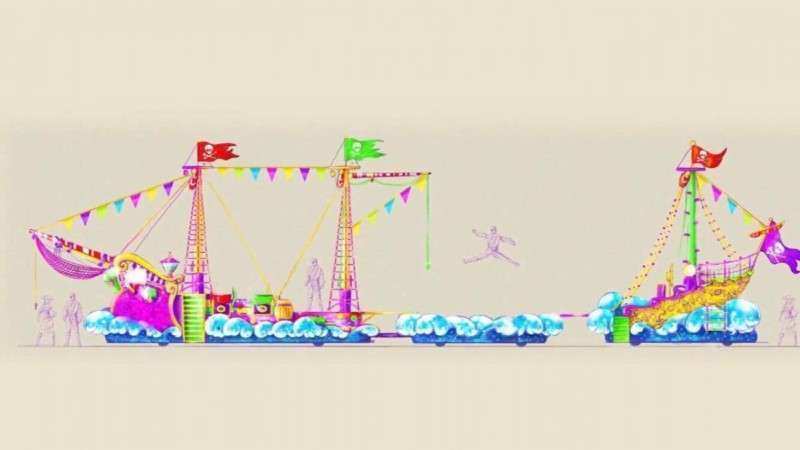 Next, it is on to Central Plaza, in front of Sleeping Beauty Castle, where everyone converges. Guests are then invited to choose a side and take part in one of the two routines, Pirates or Princesses, along with their favourite Disney Characters, all to the same playful melody, paying homage to Disneyland® Paris Park. “And because the brand-new show will be on a couple of times every day, nothing is stopping you from coming back and switching sides later in the day! Both adventures have a little something everyone!” Christophe adds.

Pirates and Princesses play a key role in Disneyland® Paris’s 25th Anniversary celebrations, which are still in full swing until September 2018. Every day, Disney Stars on Parade, created especially for the 25th Anniversary, transports guests into Disney tales, exploring unique worlds with Peter Pan, Disney Princesses and Princes and a multitude of other Disney Characters. The night-time show Disney Illuminations transforms Sleeping Beauty Castle into a giant multimedia screen, where the stories of The Little Mermaid and Frozen come to life. For the first time, sequences from live action films such as Pirates of the Caribbean are also included. Guests can witness an engaging sea battle, including cannon shots fired by Jack Sparrow’s legendary Black Pearl.  Jack Sparrow has recently joined the adventure in Adventureland’s Pirates of the Caribbean, along with Captain Barbossa and a crew of new pirates.

EXPLORE DISNEYLAND® PARK: THE BEST PLACE TO BECOME A PRINCESS OR PIRATE

Younger guests who dream of looking like their favorite heroes can find costumes in a number of shops throughout Disney Parks all year long. Le Coffre du Capitaine (Adventureland®) is the ideal hideout for those who want to become the perfect pirate, while La Chaumière des Sept Nains (Fantasyland®) crowns anyone who wants to be a real princess. Exclusively at Disneyland® Hotel, guests can become a Princess for a Day and undergo a fairy-tale transformation! Face-painting stands can be found throughout Disneyland Park and provide the ideal opportunity for guests to have their face painted in some of the most fantastic artistic creations.

A host of Disney characters will be around for photographs3with all the pirates and princesses at their meeting point at Pirates’ Beach, among others, near Captain Hook’s galleon, or in the Princess Pavilion, a location reserved for the greatest Disney heroines where guests can experience enchanting encounters.

Foodies have the opportunity to dine at Cinderella’s royal table, which is decorated for a princess, in Auberge de Cendrillon (Cinderella’s Royal Inn), or head to Captain Jack’s – Restaurant des Pirates3, home to pirates on the lookout for exotic cuisine, in a Caribbean beach-tavern setting.

Joe Kleimanhttp://wwww.themedreality.com
Raised in San Diego on theme parks, zoos, and IMAX films, InPark's Senior Correspondent Joe Kleiman would expand his childhood loves into two decades as a projectionist and theater director within the giant screen industry. In addition to his work in commercial and museum operations, Joe has volunteered his time to animal husbandry at leading facilities in California and Texas and has played a leading management role for a number of performing arts companies. Joe previously served as News Editor and has remained a contributing author to InPark Magazine since 2011. HIs writing has also appeared in Sound & Communications, LF Examiner, Jim Hill Media, The Planetarian, Behind the Thrills, and MiceChat His blog, ThemedReality.com takes an unconventional look at the attractions industry. Follow on twitter @ThemesRenewed Joe lives in Sacramento, California with his wife, dog, and a ghost.
Share
Facebook
Twitter
Linkedin
Email
Print
WhatsApp
Pinterest
ReddIt
Tumblr
Previous articleNational Blues Museum’s Dion Brown to Head National Underground Railroad Freedom Center
Next articleChristie Boxers Light Up Obscura Digital’s Award-Winning Antarctic Dome