Dollywood’s Season of Showstoppers Kicks Off with Festival of Nations 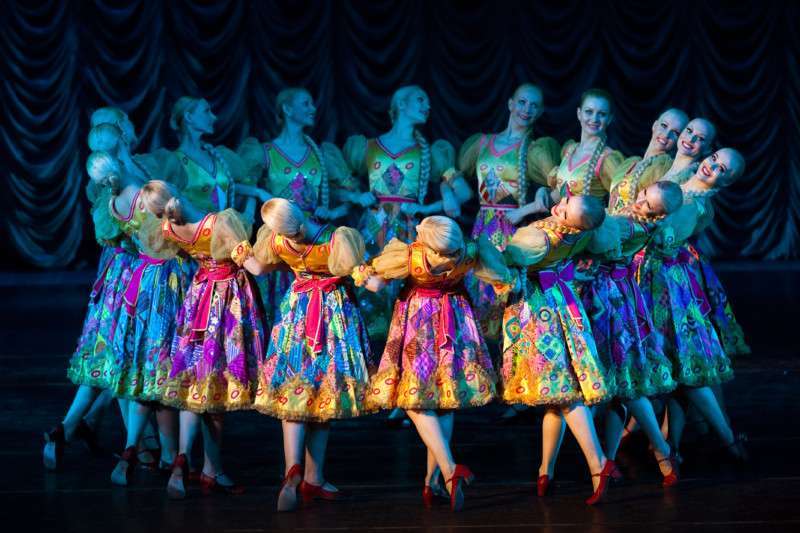 Dollywood‘s annual Festival of Nations kicks off the park’s new season with a multi-cultural event featuring world-renowned talent. The celebration takes place March 16-April 9 and lets guests take a trip around the world without leaving the Smokies.

This event marks the beginning of Dollywood’s “Season of Showstoppers” with cultural music, food, and crafts that immerse the entire family in festive fun.

Grammy award winners Ladysmith Black Mambazo have transcended musical barriers to produce awe-inspiring projects with artists such as Paul Simon, Stevie Wonder, and even Dolly Parton herself. The group, which sings of peace, love and harmony, is in its sixth decade, and has produced more than 60 albums during its existence. They won their fifth Grammy in January, this time for Best World Music Album. The group gets its name from a combination of Ladysmith, South Africa (the group’s hometown), the color of oxen (one of the strongest farm animals), and the Zulu word for “chopping axe” (a symbol of the group’s vocal strength). Ladysmith Black Mambazo songs have been featured in multiple motion pictures, and the group even traveled to Norway with Nelson Mandela to perform when he received the Nobel Peace Prize. Guests can find this talented group at the Showstreet Palace Theater.

Founded in 1960, the National Dance Company of Siberia (pictured above) has wowed audiences around the globe with colorful and expressive dance, traditional folk music and vivid costumes. This renowned dance company brings their amazing performance to life for guests in a must-see display of talent and passion. High energy, dazzling colors and authentic Siberian customs combine for an astonishing visual masterpiece. The National Dance Company of Siberia is located in the park’s largest theater, DP’s Celebrity Theater.

Los Vivancos is comprised of seven Spanish brothers who traveled the world before studying at the prestigious Barcelona Dance Conservatory. Drawing from their years of study, Los Vivancos have created an eclectic style that combines flamenco, ballet, martial arts, street dance, theater and acrobatics into one thrilling, non-stop performance that truly showcases their charisma and flair. The brothers have served as guest performers on ABC’s Dancing with the Stars. Their show, The Flamenco Kings featuring Los Vivancos, is located in Pines Theater.

JigJam – This quartet hails from the heart of Ireland and blends the best of traditional Irish music with the unique sound of American bluegrass to create a genre of music affectionately known as “Celtgrass.” The group has been humorously described as “the best Irish group so far in bluegrass.” Thanks to their gregarious personalities and entertaining antics, this show is an upbeat, foot-stomping good time Dollywood guests won’t want to miss. Location: Back Porch Theater

Atahualpa – Hailing from Ecuador, Atahualpa combines native Incan instruments with contemporary backups to celebrate the history and culture of the Andes Mountains. Atahualpa’s mix of songs includes contemporary music, South American dance rhythms, as well as the traditional music of the Andes. Through their sharing of music, culture and heritage, Atahualpa hopes to promote brotherhood, friendship and peace to all the people of the world. Location: Showstreet Gazebo

Zebra Stelzentheater – Zebra Stelzentheater features German stilt dancers in original costumes who perform while roaming the streets of Dollywood. They are always looking for guest interaction, so be on the lookout for fun. This lively troop is always on the search for new friends! Location: Roaming

Joe Kleimanhttp://wwww.themedreality.com
Raised in San Diego on theme parks, zoos, and IMAX films, InPark's Senior Correspondent Joe Kleiman would expand his childhood loves into two decades as a projectionist and theater director within the giant screen industry. In addition to his work in commercial and museum operations, Joe has volunteered his time to animal husbandry at leading facilities in California and Texas and has played a leading management role for a number of performing arts companies. Joe previously served as News Editor and has remained a contributing author to InPark Magazine since 2011. HIs writing has also appeared in Sound & Communications, LF Examiner, Jim Hill Media, The Planetarian, Behind the Thrills, and MiceChat His blog, ThemedReality.com takes an unconventional look at the attractions industry. Follow on twitter @ThemesRenewed Joe lives in Sacramento, California with his wife, dog, and a ghost.
Share
Facebook
Twitter
Linkedin
Email
Print
WhatsApp
Pinterest
ReddIt
Tumblr
Previous articleWorld expo update: 170 countries sign up for Dubai 2020, France drops bid to host Expo 2025, and more from James Ogul
Next articleDreamWorks TrollsTopia Brings “Glitter-rific” Fun to Universal Studios Singapore

FlyRide Opens at Beyond The Lens! in Pigeon Forge