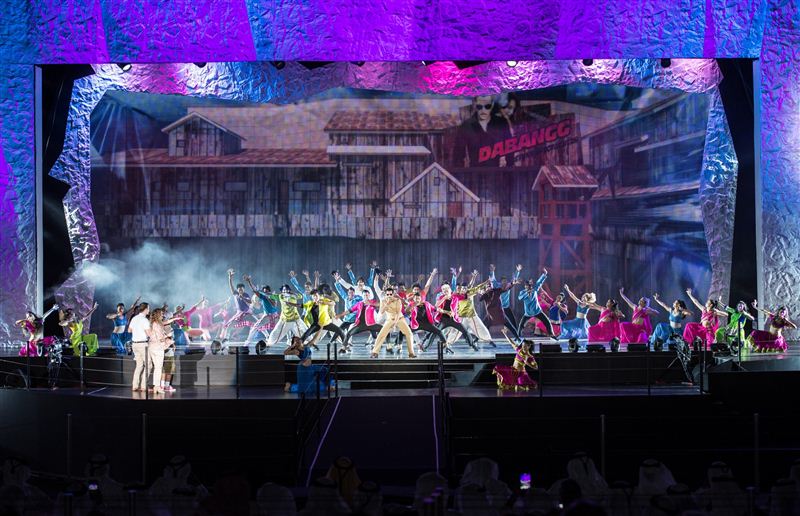 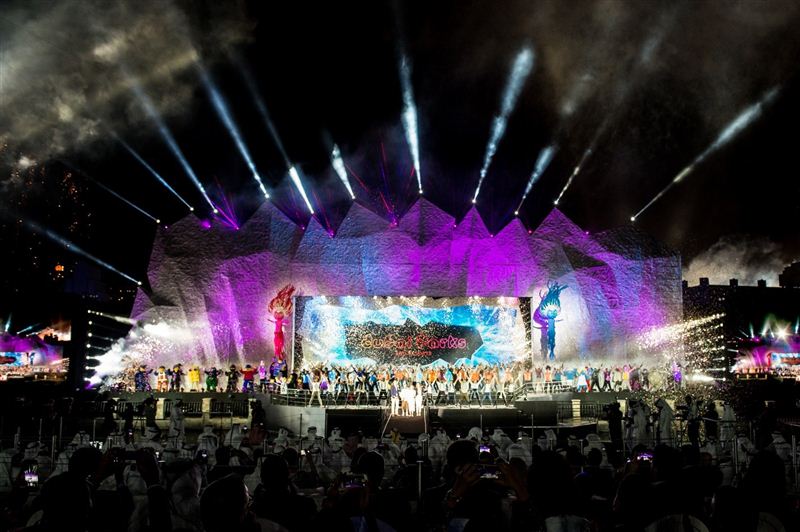 The entire destination is connected by Riverland™ Dubai – a uniquely themed retail and dining district, and guests will be able to stay at the Lapita™ Hotel, a Polynesian themed family hotel part of the Marriott Autograph Collection.

The event showcased its theme parks in a special show involving the dancers and actors from Dubai Parks and Resorts’ live entertainment team, who perform in shows such as the Bollywood musical, Jaan-e-Jigar and Step Up All In, inspired by the Step Up film franchise.

Award-winning composer Alan Menken, whose film scores include The Little Mermaid and Beauty and the Beast, performed the resorts’s signature tune, All the Wonders of the Universe, with his daughter Anna Rose, written by Menken for Dubai Parks and Resorts.

VIEW THE COMPLETE OPENING CEREMONY ON THE INPARK YOUTUBE CHANNEL

Raed Kajoor Al Nuaimi, CEO DXB Entertainments, owners of Dubai Parks and Resorts, said: “The honour to be able to deliver Dubai Parks and Resorts to the people of Dubai, the UAE and the entire Middle East is like no other honour one man can have. Being responsible for this project from planning to delivery has been a gift, and today, it is my turn to deliver a gift back to you. I hope you and your families will treasure and enjoy our parks for generations to come.”

Joe Kleimanhttp://wwww.themedreality.com
Raised in San Diego on theme parks, zoos, and IMAX films, InPark's Senior Correspondent Joe Kleiman would expand his childhood loves into two decades as a projectionist and theater director within the giant screen industry. In addition to his work in commercial and museum operations, Joe has volunteered his time to animal husbandry at leading facilities in California and Texas and has played a leading management role for a number of performing arts companies. Joe previously served as News Editor and has remained a contributing author to InPark Magazine since 2011. HIs writing has also appeared in Sound & Communications, LF Examiner, Jim Hill Media, The Planetarian, Behind the Thrills, and MiceChat His blog, ThemedReality.com takes an unconventional look at the attractions industry. Follow on twitter @ThemesRenewed Joe lives in Sacramento, California with his wife, dog, and a ghost.
Share
Facebook
Twitter
Linkedin
Email
Print
WhatsApp
Pinterest
ReddIt
Tumblr
Previous article
Six Flags Announces Waterpark and General Manager for First China Property
Next article
Aquatic Development Group Designs Quebec’s First Indoor Waterpark