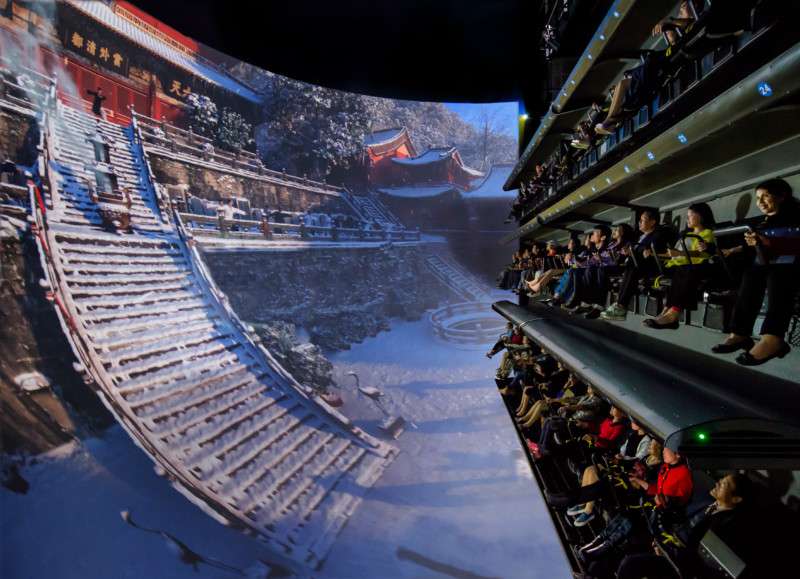 Empire Industries Ltd. has announced that its wholly owned subsidiary, Dynamic Attractions Ltd. will be opening a new Ride Development Centre. It has also appointed a new executive team.

Dynamic’s new assembly facility will open next month. The new 50,000 square foot factory will be a part of its 9 acre Ride Development Centre in Vancouver. It will be used to assemble sophisticated ride systems featured in the company’s attractions at major tourist destinations and international theme parks.

Last year the company completed more than twice as many attractions than any previous year. 2017 has already surpassed its previous annual record for contracts to build new attractions.

The new executive appointments are part of the company’s strategy to be a leader in delivering themed attractions globally. All six executives will report to Guy Nelson, the CEO of Empire Industries Ltd. 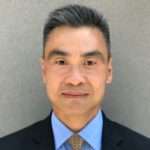 Over the past 21 years, Mr. Hao Wang held increasingly responsible executive leadership positions at Multimatic Inc., a global, high performance, automobile design, engineering and manufacturing company headquartered in Ontario. For the past five years, Mr. Wang was Vice President of Asia Pacific, where he led the creation of Multimatic’s production operations in China and presence in South Korea, India and the ASEAN region.

“The themed attractions market is growing at a thrilling speed,” states Mr. Nelson. “With Hao leading the ride system design and manufacturing for Dynamic Attractions, we’re better positioned to successfully execute the complex contracts we have been awarded and expect to continue to receive in this exciting market. Hao is an entrepreneurial leader with global experience and we anticipate his expertise will help our execution team reach a new level of performance.” 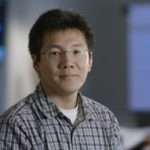 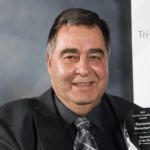 Mr. Peter White-Robinson joined Empire in 2013 as Executive Vice President of Media-Based Attractions and recently took on the COO role of Dynamic Structures to work with Dr. Zhou in the leadership of this globally competitive, precision fabrication business unit. Mr. White-Robinson’s management skills are well honed after undertaking a management buy-out of Fitzroy Engineering in 1991 and growing it from 100 employees and NZD $14 million to a profitable group of companies employing 900 and a NZD $120 million turnover. The Fitzroy group of companies was involved in the design, fabrication and project management for numerous industrial projects in New Zealand as well as being the founder of an award winning, superyacht fabrication Company with 200 employees. He sold his various businesses between 2011 and 2013 and moved to Canada.

Mr. Paul Poirier is being promoted from Vice President of Operations, the executive role he has been employed at for the past 18 months. This position has been created specifically to focus on generating more strategic sales with industry leading theme park clients globally. Mr. Poirier was the team leader on the recent USD $120 million contract award. He will also be in charge of managing and growing the Parts and Service division. He has experience in this area from his time as Vice President of Global Delivery for CAE’s civil simulator products, responsible for program management, customer support and post delivery services. His almost 20 years of experience in manufacturing management greatly add to his depth of knowledge of manufactured, complex products and working with customers on major build programs. His experience dovetails with the company’s focus on supplying ‘concept to operation’ solutions in the themed attraction market.

Mr. Brian Peebles has been promoted to Senior Vice President, Co-Ventures for Empire. In this role, he will lead the company’s new initiative to have an ownership stake in some of the proprietary attractions the company produces. The co-ventures initiative is designed to put the company’s proprietary products in prime tourist locations and retain an ownership interest in the co-venture. Mr. Peebles has over two decades of operational experience in theater co-venture partnerships. He was Senior Vice President at Simex-Iwerks Entertainment, a company he co-founded. He was responsible for the installation of over 200 theater sales and 14 co-venture theater partnerships in theme parks and tourist destinations around the world. Mr. Peebles joined Empire Industries Ltd. in 2015 in the role of Vice President, Special Projects. 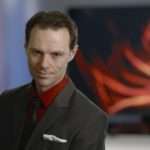 Mr. George Walker has been promoted to Senior Vice President, Creative, where he will lead all the creative, value added contributions of converting our ride systems into attractions for clients, with a particular focus on turning our co-venture ride systems into world class attractions. Mr. Walker joined Dynamic Attractions in 2015 as the company’s first Creative Development Director. He led the creation of the Unlimited Attractions™ business unit and the opening of the Orlando Attractions Demonstration Centre. He also created the company’s newest award winning product, the Dynamic Motion Theater. Prior to joining Dynamic Attractions, he was Creative Director for Ferrari World in Abu Dhabi, where he oversaw an eight-attraction expansion that includes Dynamic’s first SFX Coaster: ‘MISSION: Ferrari,’ opening later this year. Mr. Walker’s background includes creating innovative projects for Disney, Universal, Warner Brothers, Six Flags and MGM.

“Empire has changed significantly,” stated Mr. Nelson. “Our themed attractions business has shown tremendous growth, and we needed to enhance our leadership team to continue to capitalize on the market opportunities and to deliver on the key success factors needed to address this growing market. Moreover, our Dynamic Structures business unit is also facing tremendous opportunities in its business globally. With these promotions and additions to our executive leadership team, we have greatly enhanced our operational and creative leadership for the global markets we are leaders in. They also reflect Empire’s commitment to increase our capacity to manage this growth.”

The executive changes are effective immediately with the exception of Mr. Wang, who will officially join the company immediately after the transition from Multimatic Inc., all subject to the approval of the TSX Venture Exchange.

Joe Kleimanhttp://wwww.themedreality.com
Raised in San Diego on theme parks, zoos, and IMAX films, InPark's Senior Correspondent Joe Kleiman would expand his childhood loves into two decades as a projectionist and theater director within the giant screen industry. In addition to his work in commercial and museum operations, Joe has volunteered his time to animal husbandry at leading facilities in California and Texas and has played a leading management role for a number of performing arts companies. Joe previously served as News Editor and has remained a contributing author to InPark Magazine since 2011. HIs writing has also appeared in Sound & Communications, LF Examiner, Jim Hill Media, The Planetarian, Behind the Thrills, and MiceChat His blog, ThemedReality.com takes an unconventional look at the attractions industry. Follow on twitter @ThemesRenewed Joe lives in Sacramento, California with his wife, dog, and a ghost.
Share
Facebook
Twitter
Linkedin
Email
Print
WhatsApp
Pinterest
ReddIt
Tumblr
Previous articleSoCal Celebrates Halloween Early with Year 2 of Midsummer Scream July 29 & 30
Next articleEuro Attractions Show to Feature Most Extensive Education Program in Events’ History