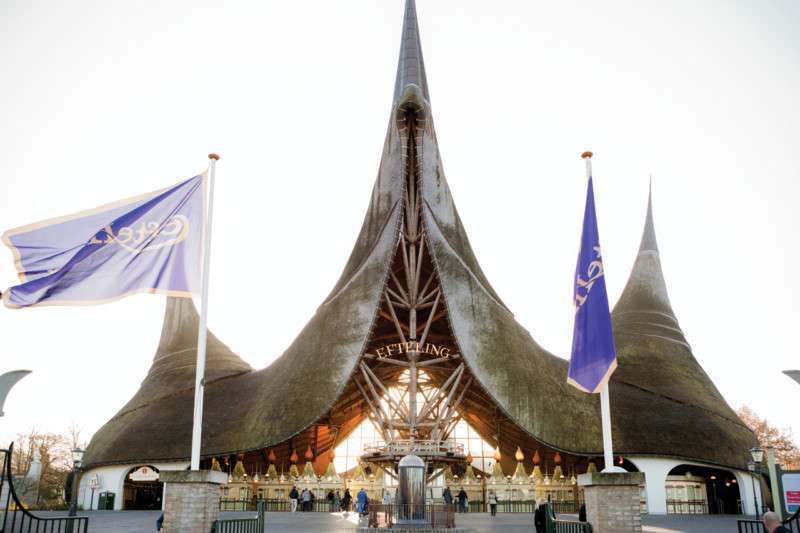 This increase has been driven by significant investments made in the park in 2017 including the launch of the new family dark ride Symbolica and the opening of its third accommodation offering, Holiday Village Efteling Loonsche Land.

According to Fons Jurgens, President and CEO of Efteling: “Since 2014, Efteling has had a clear vision for 2020: to become an international destination welcoming five million visitors per year. We have achieved this milestone earlier than expected. The investments made in the last year, such as the new family attraction Symbolica and overnight accommodation, have started to show results. In 2018, we will continue to work towards increasing the appreciation and satisfaction of our guests, in order to continue encouraging those five million guests to visit our park again. That is our new objective!”

In 2017, UK visitors were up by 26.2% compared to the previous year, while Belgium, Germany and France also represented a significant proportion of Efteling’s international market. Efteling has seen visitor numbers more evenly distributed throughout the year, due in part to a 25% increase in overnight guests at Efteling in 2017 compared to 2016. This is also attributed to the extension of the annual Summer Festival, which takes place in July and August, to include Fridays as well as Saturdays when the park stays open until 11pm.

Efteling aims to grow towards 2020 in phases. The second phase was completed in 2017 with the arrival of the new Symbolica dark ride and the opening of Holiday Village Efteling Loonsche Land, and the third phase will be completed by 2020 with the opening of a new attraction as part of plans to expand the park by eight hectares.

Joe Kleimanhttp://wwww.themedreality.com
Raised in San Diego on theme parks, zoos, and IMAX films, Joe Kleiman would expand his childhood loves into two decades as a projectionist and theater director within the giant screen industry. In addition to his work in commercial and museum operations, Joe has volunteered his time to animal husbandry at leading facilities in California and Texas and has played a leading management role for a number of performing arts companies. Joe has been News Editor and contributing author to InPark Magazine since 2011. HIs writing has also appeared in Sound & Communications, LF Examiner, Jim Hill Media, and MiceChat. His blog, ThemedReality.com takes an unconventional look at the attractions industry. Follow on twitter @ThemesRenewed Joe lives in Sacramento, California with his fiancé, two dogs, and a ghost.
Share
Facebook
Twitter
Linkedin
Email
Print
WhatsApp
Pinterest
ReddIt
Tumblr
Previous articleInternational Attraction Leaders Tour Japan During Eighth IAAPA Leadership Conference
Next articleFrom Previz to Preshow, Holovis Brings Alton Towers’ Terrifying Wicker Man to Life