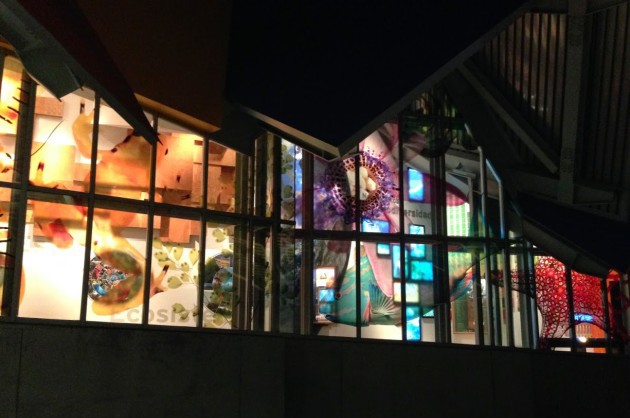 Los Angeles, CA, USA (April 8, 2015) — Electrosonic has designed, fabricated and installed audio-visual systems in one of the most unique museums in the world, the Biomuseo in Panama City, Panama. Situated on the Amador Causeway, at the entrance to the Panama Canal in Latin America’s only Frank Gehry-designed building, the Biomuseo will offer eight permanent art and science galleries on the origin of the isthmus and its impact on the planet’s biodiversity.

In the early design stages of the project, Electrosonic’s Design Consulting team worked with Kubik Inc, the project design/build and management group, on the development of each gallery, whose fabrication and installation ultimately changed little over time. “About 95 percent remained the same, so when Electrosonic executed the concept design, it all worked very smoothly,” reports Electrosonic project manager Steve Calver. 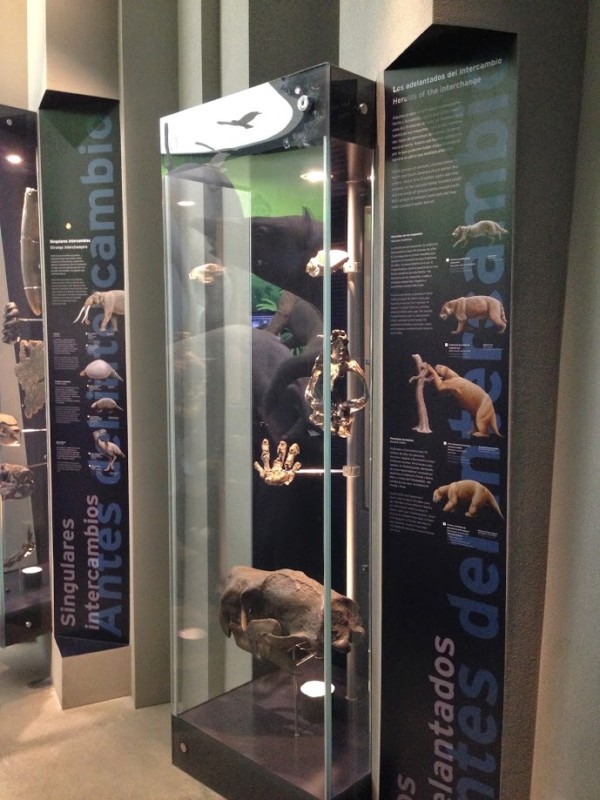 The first five galleries, based on the original concept design provided by Bruce Mau Design, flow in a sequential manner reminiscent of a queue line. Visitors enter the Biomuseo at the Gallery of Biodiversity where an explosion of life immediately captures their attention. On the walls, a nine-panel Samsung LCD monitor system is stacked horizontally and vertically in custom frames. A looping montage of flora and fauna, with ambient surround sound, is synchronized by a Dataton WATCHOUT system so the monitors can display breathtaking individual content or portions of a sweeping single image. A Sunrise LED ticker reminds visitors how many people currently live on the planet. 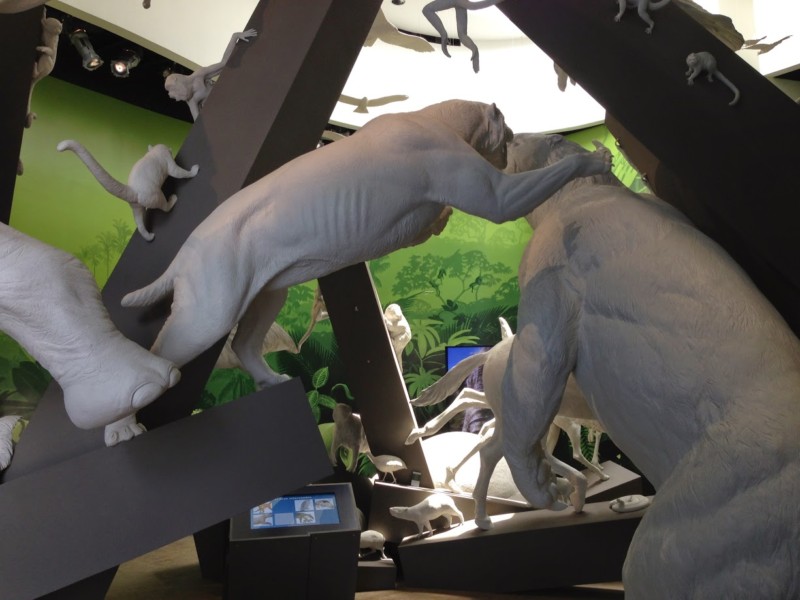 The gallery leads to the appropriately titled Panamarama Theatre, a three-story, cube-shaped projection space where ten screens, on all sides and above and below a glass ceiling and floor, immerse visitors in the natural wonders of the country’s ecosystems. They watch as stunning nature cinematography shows leaf cutter ants marching under the floor, a lush jungle trail, a down river sailing expedition, a beautiful Pacific Ocean beach and the underwater domain of whales. 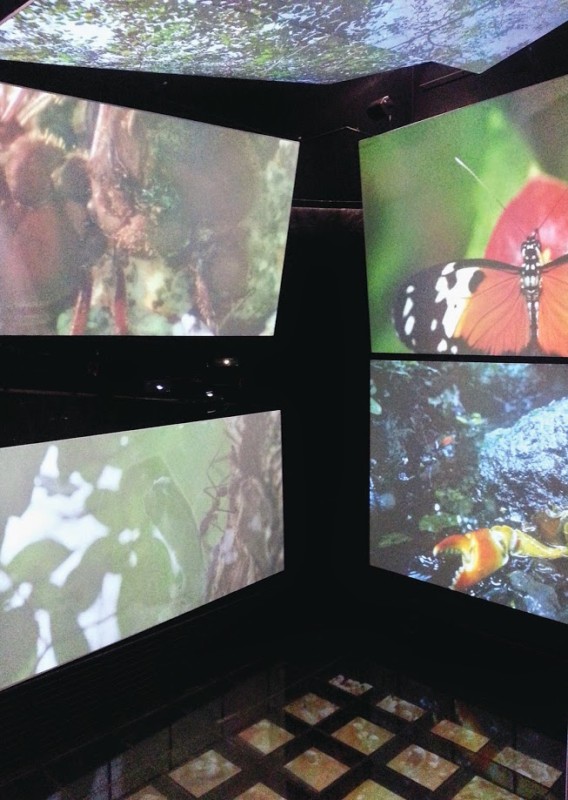 “None of the screens are parallel or perpendicular,” says Calver. “They are hung at different angles and in different directions, so we used Panasonic projectors and custom mirror bounce mechanisms from Elliott Metal Fabrication to display the images.” Kubik provided the screens. The image playback, along with warping, masking, positioning and audio playback, was accomplished with a custom 10-channel 7thSense HD server. The video presentation is driven from a custom, 10-channel 7thSense video server and QSC audio system. A Medialon touch panel manages visitor flow and show operation. 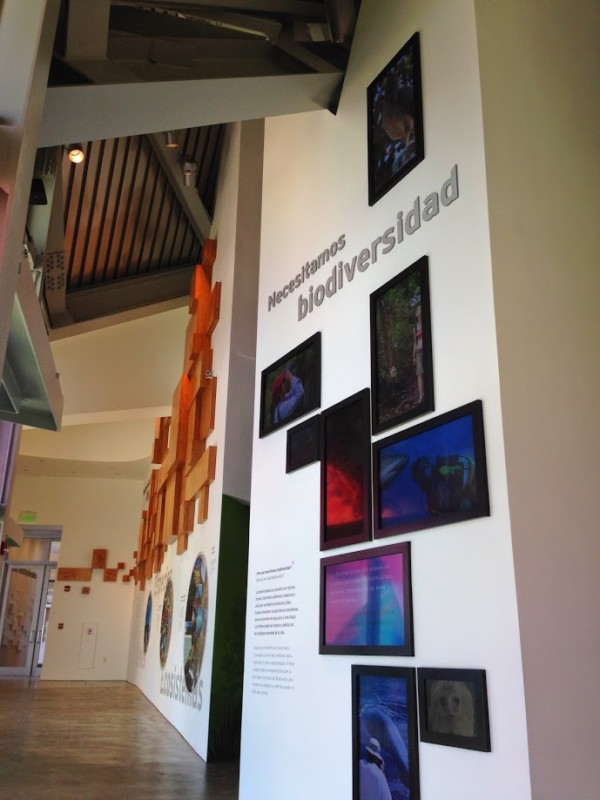 The Panamarama Theatre exits into Building the Bridge, which explains how tectonic forces formed the isthmus. The gallery is dominated by three 34-foot high rock formations with interactives on geological topics by Richard Lewis Media Group.

The last gallery, Worlds Collide, examines the exchange of species between North and South America when a stampede of animals began almost 3 million years ago. Life-size white models of the creatures – from otters to mammoths – fill the space along with Richard Lewis Media Group interactives built into the architectural structure. 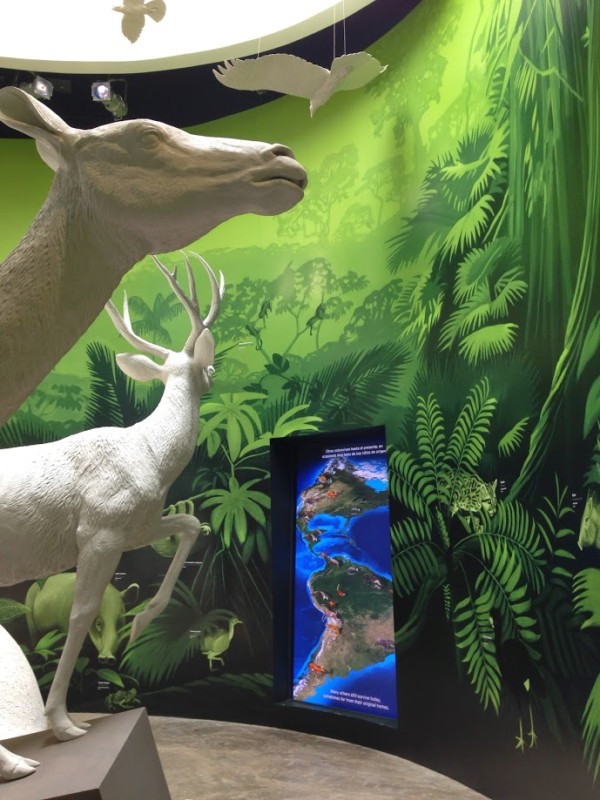 The control room equipment racks are laid out in parallel rows of three racks. “A large breakout cabinet acts as a centralized location where everything that comes into the museum can terminate without all the racks having to be in place,” Calver explains. “Since the Biomuseo has been several years in the making, this has allowed us to manage the process of cabling and terminating, testing and verifying without worrying if the rack of equipment had arrived. We’re very happy with how this has worked out.” 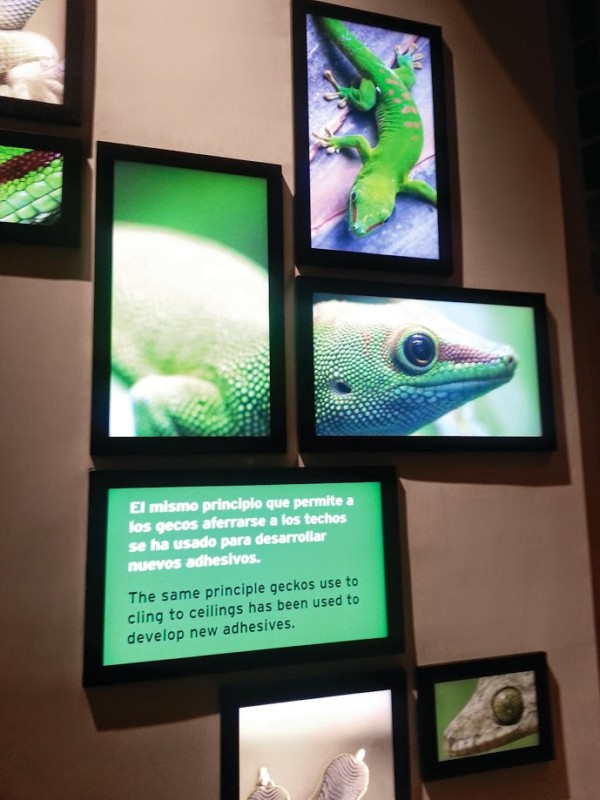 “We really enjoyed working on the Biomuseo,” says Calver. “It was nice to work at a less frantic pace, which allowed us to execute a very complex set of exhibits in a way that came off really well.”

Joe Kleimanhttp://wwww.themedreality.com
Raised in San Diego on theme parks, zoos, and IMAX films, InPark's Senior Correspondent Joe Kleiman would expand his childhood loves into two decades as a projectionist and theater director within the giant screen industry. In addition to his work in commercial and museum operations, Joe has volunteered his time to animal husbandry at leading facilities in California and Texas and has played a leading management role for a number of performing arts companies. Joe previously served as News Editor and has remained a contributing author to InPark Magazine since 2011. HIs writing has also appeared in Sound & Communications, LF Examiner, Jim Hill Media, The Planetarian, Behind the Thrills, and MiceChat His blog, ThemedReality.com takes an unconventional look at the attractions industry. Follow on twitter @ThemesRenewed Joe lives in Sacramento, California with his wife, dog, and a ghost.
Share
Facebook
Twitter
Linkedin
Email
Print
WhatsApp
Pinterest
ReddIt
Tumblr
Previous articled3 Media Servers Achieve Real Time Projection Mapping at Dubai Event
Next articleTEA NextGen Brings its Members Face to Face with TEA Member Companies at GibGab Events