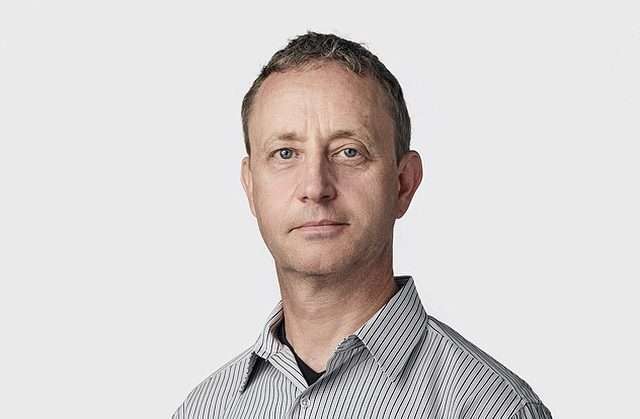 InfoComm International will honor Jim Bowie, the retiring President and CEO of Electrosonic, with the Mackey Barron Distinguished Achievement Award at InfoComm 2017 in Orlando.  Each year the trade association representing the commercial AV industry worldwide recognizes outstanding AV professionals for their contributions, leadership and commitment to excellence. The Mackey Barron Distinguished Achievement Award is the highest honor bestowed upon an industry member by InfoComm International for a lifetime in pro AV.

Bowie will receive the award in a ceremony at InfoComm 2017’s Center Stage at the Orange County Convention Center on Wednesday, June 14 at 2 p.m.

“I’m honored to receive this recognition from InfoComm and grateful for the many outstanding people I’ve worked with over these past 30 years,” Bowie says. “As I end this chapter of my career, it’s gratifying to see InfoComm and Electrosonic bringing so many young people into this industry.”

In announcing the award InfoComm cited Bowie for a 30-year career in AV and his roles as a pioneering systems engineer and CEO of Electrosonic.  Bowie has been active with InfoComm for years supporting training programs and the Certified Technology Specialist (CTS) program.  Bowie launched an apprenticeship program at Electrosonic in 2009, which was recently rebranded as START (Systems Technology & Resource Training).  The one-year paid training program, featuring rotations in each of Electrosonic’s core departments, is instrumental in introducing fresh talent to the company.

Bowie joined Electrosonic’s London headquarters as an engineer in 1987 and moved to the US in 1992 to open the company’s flagship Burbank office.  He has been responsible for some of Electrosonic’s signature technical achievements in the theme park industry and led the company through years of profitability as President/CEO.  Electrosonic celebrated an exceptional year in 2016, and the momentum continues in 2017 with expanded engineering and project management teams and infrastructure growth in Burbank and Orlando.

When Bowie retires at the end of June he will remain engaged with the company as Senior Advisor to the Board of Electrosonic Group.

Joe Kleimanhttp://wwww.themedreality.com
Raised in San Diego on theme parks, zoos, and IMAX films, InPark's Senior Correspondent Joe Kleiman would expand his childhood loves into two decades as a projectionist and theater director within the giant screen industry. In addition to his work in commercial and museum operations, Joe has volunteered his time to animal husbandry at leading facilities in California and Texas and has played a leading management role for a number of performing arts companies. Joe previously served as News Editor and has remained a contributing author to InPark Magazine since 2011. HIs writing has also appeared in Sound & Communications, LF Examiner, Jim Hill Media, The Planetarian, Behind the Thrills, and MiceChat His blog, ThemedReality.com takes an unconventional look at the attractions industry. Follow on twitter @ThemesRenewed Joe lives in Sacramento, California with his wife, dog, and a ghost.
Share
Facebook
Twitter
Linkedin
Email
Print
WhatsApp
Pinterest
ReddIt
Tumblr
Previous articleLuna Park Celebrates 90th Anniversary of Coney Island Cyclone
Next articleChristie Illuminates Three Asian Attraction Expo Booths