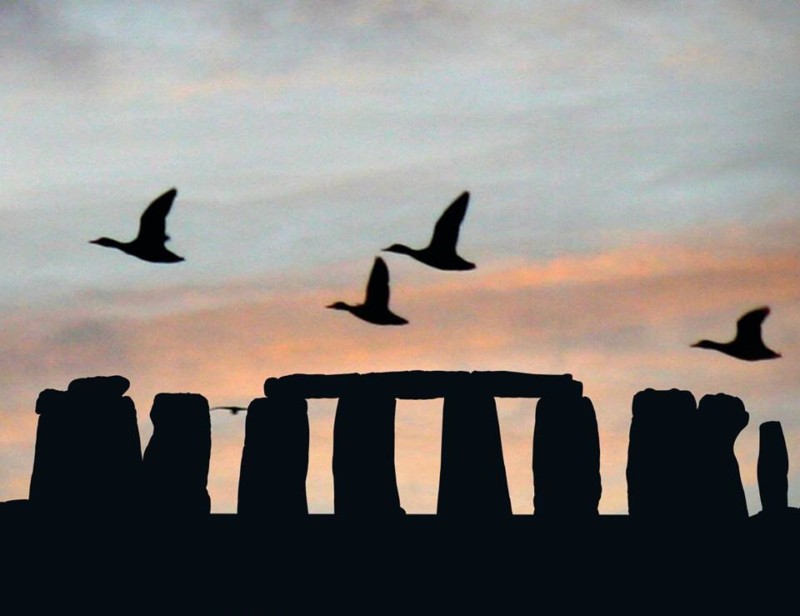 [quote]Electrosonic brought a can-do attitude to this complex and high profile project. This was essential in getting the exhibition open on time and working well.” — Robert Campbell, Stonehenge Head of Interpretation [/quote]

Los Angeles, CA, USA (March 19, 2014) – Since its opening on the 18th December 2013, the new Stonehenge exhibition and visitor centre has welcomed over 50,000 visitors. The centre makes dramatic use of high resolution projection technology to help visitors learn about one of the world’s most important prehistoric monuments. Electrosonic was responsible for the audio-visual systems design and integration.

The centre, located 1.5 miles from Stonehenge itself, is the first phase of English Heritage’s £27-million project to transform the visitor experience of this iconic site. To date, it is their largest ever capital investment project.

The visitor centre uses audio-visual technology extensively to give visitors an enthralling introduction to the legend of the stones, exploring the history and debate surrounding this ancient monument. One of the main highlights is the ‘Standing in the Stones’ exhibit, a 360-degree virtual experience. Installed by Electrosonic, the exhibit lets visitors stand in a virtual Stonehenge as it is today and in the past. The three-minute film, based on state-of-the-art laser scan images of the stone circle, transports viewers back in time through the millennia, enabling them to experience the summer and winter solstices.

An exhibit like ‘Standing in the Stones’ requires great care in execution. An important part of its development was the ability to preview it in a full scale mock-up at Electrosonic’s workshop at its head office in Kent. This procedure helped the producers, Centre Screen Productions, assisted by Studio Liddell, check the content at full size, whilst ensuring English Heritage could be confident in the outcome and be aware of audience circulation issues.

Visitors move from ‘Standing in the Stones’ into the next exhibition area housing more audio-visual elements. The ‘Meaning’ section includes four portrait format 32-inch LCDs showing a linear programme on the debate around the ‘Meaning of Stonehenge’. ‘Landscape’ the largest audio-visual element, is a giant image of the Stonehenge World Heritage Site projected onto a wall screen which shows how people changed the over the pre-historic period by building different monuments. The exhibit uses three Panasonic PT-DX610ELKsingle chip DLP™ projectors with XGA resolution and nominal 6500 lumen output sourced from a 7the Sense Delta server via Atlona extenders.

The visitor centre also contains an education space which is equipped with appropriate room control and audio-visual facilities. The space can be divided into two, one half has a ceiling mounted Panasonic VW435NEA LCD projector with WXGA resolution, and the other half has an 87-inch Smartboard touch screen. Room control is by a Crestron MC2E controller and wall panels allow the connection of “Bring Your Own” sources.

Electrosonic engineered the AV system under a direct contract with English Heritage.

Joe Kleimanhttp://wwww.themedreality.com
Raised in San Diego on theme parks, zoos, and IMAX films, InPark's Senior Correspondent Joe Kleiman would expand his childhood loves into two decades as a projectionist and theater director within the giant screen industry. In addition to his work in commercial and museum operations, Joe has volunteered his time to animal husbandry at leading facilities in California and Texas and has played a leading management role for a number of performing arts companies. Joe previously served as News Editor and has remained a contributing author to InPark Magazine since 2011. HIs writing has also appeared in Sound & Communications, LF Examiner, Jim Hill Media, The Planetarian, Behind the Thrills, and MiceChat His blog, ThemedReality.com takes an unconventional look at the attractions industry. Follow on twitter @ThemesRenewed Joe lives in Sacramento, California with his wife, dog, and a ghost.
Share
Facebook
Twitter
Linkedin
Email
Print
WhatsApp
Pinterest
ReddIt
Tumblr
Previous articleShanghai Disney Resort Announces Entire Land to Be Dedicated to Pirates of the Caribbean
Next article$60 million Digital Media-Based Waterpark Planned for Toronto