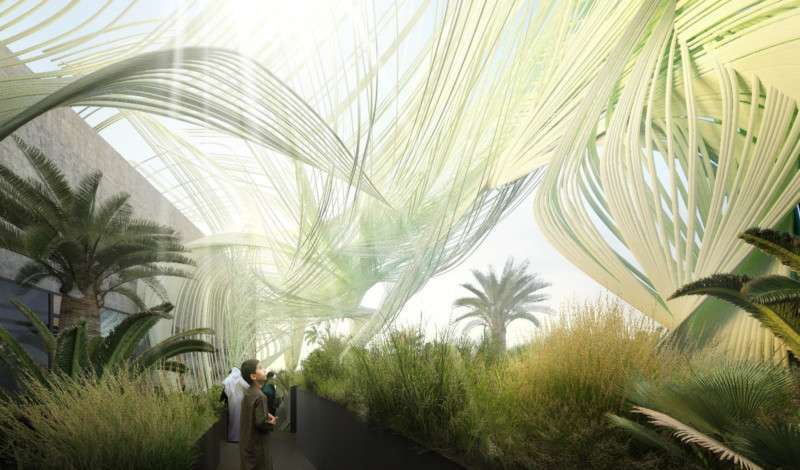 The Czech Republic national pavilion at the Expo 2020 Dubai will be built based on the architectural design of young Czech architects from the company Formosa AA Inc., who are also doctoral students at the CTU in Prague, Faculty of Architecture. It will be built by a consortium of the companies – MCI Prague Inc. and a Swiss company NÜSSLI. Similar to Expo 2015 Milan, the Czech Republic will only rent the pavilion from its creators – it will cost 84 million crowns.

The expert committee, comprised of the architects Eva Jiřičná, Miroslav Řepa, Zdeněk Lukeš, Michael Klang, David Vávra and representatives of the academic, artistic and business communities – Tomáš Matuška, Jan Kukla a Radek Špicar, were intrigued by the original concept of an organic structure growing around the cubic lines of the exhibition space.

“I think, that the winning design is the only one that unifies an architectural solution of the pavilion with the main idea of the exposition, that the Czech Republic wants to present,” said the internationally renowned architect and a member of the expert committee Eva Jiřičná. 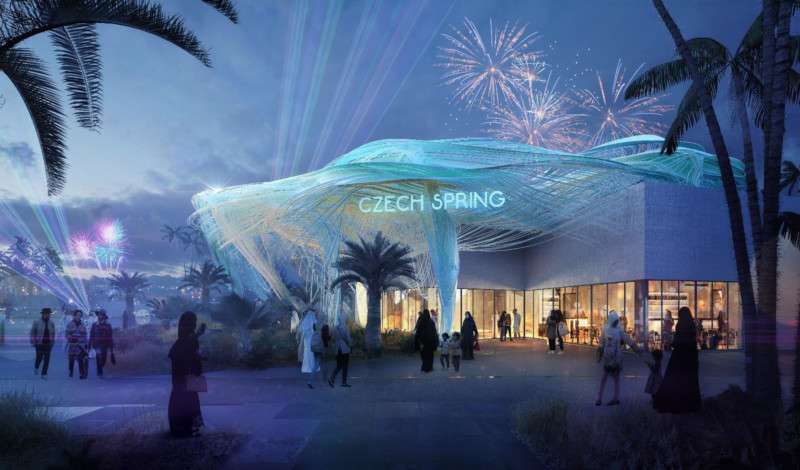 The technological core of the national exposition will be the S.A.W.E.R. system, which creates water out of the air using solar energy and cultivating the desert with subsurface cultures created by the scientists from the Czech Academy of Sciences and from the Czech Technical University. The art exhibition will be a massive installation of designer glass, which the company Lasvit, based on the design by Maxim Velčovský, will make at their own expense. The pavilion will also provide room for a Czech Restaurant and for 14-day long rotating exhibits.

“It is sad that, even with an event as large as the General World Exposition, someone delivers the project, that architects and structural engineers worked on for many weeks, after the official deadline – the law does not allow us to do anything else than eliminate these designs, which unfortunately happened to several Czech and foreign interested parties,” said the General Commissioner Jiří František Potužník about the tender.

The Czech pavilion will be in the “Sustainability” zone on a lot with the area of 2 200 square meters and, similarly to the Expo 2015 in Milan, it will be one of the first pavilions near one of the main entrances to the exhibition grounds. The organizers state that the World Exposition which will take place from the 20th of October until the 10th of April, will be visited by 25 million people – 70% of which will be foreigners.

Joe Kleimanhttp://wwww.themedreality.com
Raised in San Diego on theme parks, zoos, and IMAX films, InPark's Senior Correspondent Joe Kleiman would expand his childhood loves into two decades as a projectionist and theater director within the giant screen industry. In addition to his work in commercial and museum operations, Joe has volunteered his time to animal husbandry at leading facilities in California and Texas and has played a leading management role for a number of performing arts companies. Joe previously served as News Editor and has remained a contributing author to InPark Magazine since 2011. HIs writing has also appeared in Sound & Communications, LF Examiner, Jim Hill Media, The Planetarian, Behind the Thrills, and MiceChat His blog, ThemedReality.com takes an unconventional look at the attractions industry. Follow on twitter @ThemesRenewed Joe lives in Sacramento, California with his wife, dog, and a ghost.
Share
Facebook
Twitter
Linkedin
Email
Print
WhatsApp
Pinterest
ReddIt
Tumblr
Previous article
Chimelong Group developing themed resort for Hainan Province
Next article
Jora Vision designs Exotic World as first of Walibi Belgium’s new themed worlds

Saudi Entertainment and Amusement Expo returns to Riyadh May 28-30, 2023