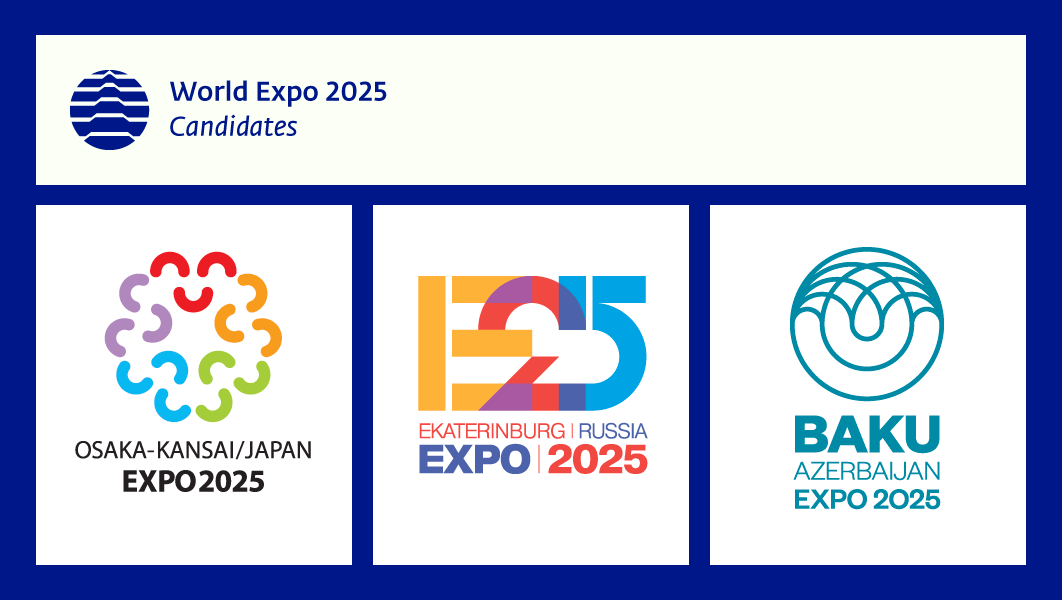 The Bureau International des Expositions (BIE) announces that Japan (Osaka), Russia (Ekaterinburg) and Azerbaijan (Baku) are moving into the final stage of the World Expo 2025 candidature process, which will end with the election of the host country in November 2018.

During the 163rd General Assembly of the BIE on June 12, Member States gave their approval to the recommendations of the Executive Committee, which considered all three Expo projects to be viable and in line with BIE regulations. These recommendations were based on the findings of Enquiry Missions carried out in the three candidate countries in March and April 2018.

The task of the Enquiry Missions was to assess and validate the feasibility and viability of each Expo project, notably assessing the motivations behind the Expo bid, the attractiveness of the proposed Expo theme, the proposed site and its planned re-use after the Expo, levels of local and national support for the project, expected participation, and the financial feasibility plans.

“The Enquiry Missions have allowed us to determine the soundness of each World Expo project. We are happy to see the three of them move into the next phase of the bidding process, during which each candidate will promote their Expo vision to win the hearts and minds of the 170 Member States of the BIE”, commented Vicente G. Loscertales, the Secretary General of the BIE.

Following the approval, Japan, Russia and Azerbaijan will present their respective Expo projects to delegates on the second day of the General Assembly on Wednesday June 13. The three countries will continue to promote their respective Expo projects until the 164th General Assembly of the BIE in November 2018, when Member States of the BIE will vote to determine the host country of World Expo 2025.

Joe Kleimanhttp://wwww.themedreality.com
Raised in San Diego on theme parks, zoos, and IMAX films, InPark's Senior Correspondent Joe Kleiman would expand his childhood loves into two decades as a projectionist and theater director within the giant screen industry. In addition to his work in commercial and museum operations, Joe has volunteered his time to animal husbandry at leading facilities in California and Texas and has played a leading management role for a number of performing arts companies. Joe previously served as News Editor and has remained a contributing author to InPark Magazine since 2011. HIs writing has also appeared in Sound & Communications, LF Examiner, Jim Hill Media, The Planetarian, Behind the Thrills, and MiceChat His blog, ThemedReality.com takes an unconventional look at the attractions industry. Follow on twitter @ThemesRenewed Joe lives in Sacramento, California with his wife, dog, and a ghost.
Share
Facebook
Twitter
Linkedin
Email
Print
WhatsApp
Pinterest
ReddIt
Tumblr
Previous articleILM’s Rob Bredow named as keynote presenter at SIGGRAPH 2018
Next articleUSA Pavilion at Expo 2017 Astana releases Final Report