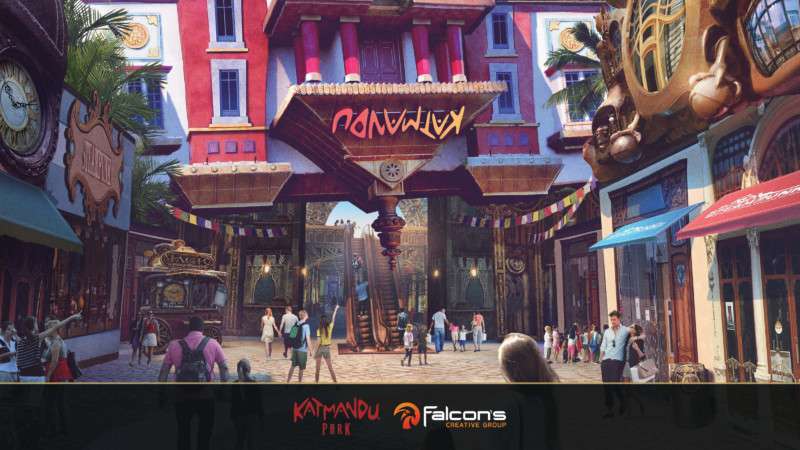 Katmandu Group, a privately held company based in Orlando with operations in Mallorca and Tenerife, Spain, announced that they have reached an agreement with Falcon’s Creative Group, also based in Orlando, to produce a series of Katmandu branded attractions beginning with a new entertainment venue in Punta Cana, Dominican Republic. The initial plans include two new attractions from Falcon’s Licensing (a Falcon’s Creative Group company) within Katmandu that will help launch the country’s first-ever theme park, entertaining millions of visitors and residents alike.

Set to open in late 2020, Katmandu, Punta Cana will feature its signature attraction, Quest for the Multiverse, in an all-new updated form powered by Falcon’s renowned storytelling and attraction development expertise. In addition, Falcon’s Licensing will premiere its Suspended Theater®, providing guests with a thrilling flying theater experience that will set new standards for immersive entertainment. This system forges an unique experience that is family friendly, yet thrilling, immersive, practical, and accessible. This is the only flying system available featuring patented Reveal Technology®. Falcon’s will also develop a cutting-edge dark ride based on The Legend of Katmandu, which will bring sophisticated technology and storytelling traditionally only seen at much larger theme parks.

As Katmandu’s development partner, Falcon’s Creative Group will also play a pivotal role in enhancing every guest experience throughout the park. Guests will be able to enjoy 36 holes of Expedition Golf presented as only Katmandu can, with themed holes winding around a mountainous Nepalese landscape. Additional plans include numerous interactive rides, theater-based attractions, and an enormous multi-story ninja playground filled with climbing nets and obstacle courses that get adrenaline flowing. Guests will also enjoy a multitude of restaurants & cafes as well as an abundant offering of nighttime entertainment throughout.

“Katmandu Group is extremely excited about our relationship with Falcon’s Creative Group and proud to be working with such a talented group of individuals,” said Dan Jensen, President of Katmandu Group.