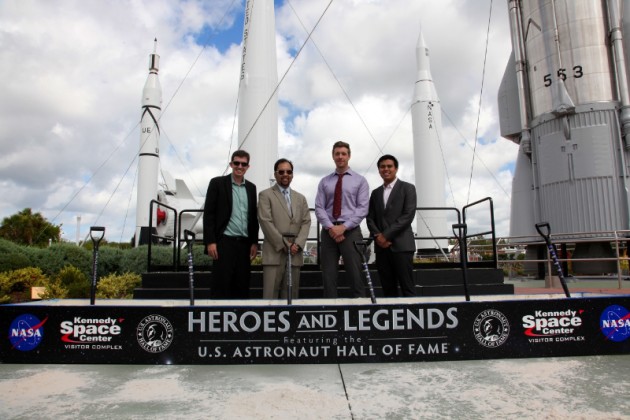 “We are beyond thrilled to further collaborate with Delaware North and NASA at Kennedy Space Center Visitor Complex in developing this inspiring new experience,” says President and Chief Creative Officer, Cecil D. Magpuri. “We also are excited to be a part of yet another milestone in NASA’s rich history.”

This new attraction will bring guests to the center stage for a unique experience in which they will be immersed in the enthralling stories of NASA’s legendary astronauts. Heroes and Legends will be an homage to the service of the brave pioneers of our generation who forever changed the trajectory of the world.

Joe Kleimanhttp://wwww.themedreality.com
Raised in San Diego on theme parks, zoos, and IMAX films, InPark's Senior Correspondent Joe Kleiman would expand his childhood loves into two decades as a projectionist and theater director within the giant screen industry. In addition to his work in commercial and museum operations, Joe has volunteered his time to animal husbandry at leading facilities in California and Texas and has played a leading management role for a number of performing arts companies. Joe previously served as News Editor and has remained a contributing author to InPark Magazine since 2011. HIs writing has also appeared in Sound & Communications, LF Examiner, Jim Hill Media, The Planetarian, Behind the Thrills, and MiceChat His blog, ThemedReality.com takes an unconventional look at the attractions industry. Follow on twitter @ThemesRenewed Joe lives in Sacramento, California with his wife, dog, and a ghost.
Share
Facebook
Twitter
Linkedin
Email
Print
WhatsApp
Pinterest
ReddIt
Tumblr
Previous articleTEA/AECOM 2014 Theme and Museum Indexes Released, Available for Download Here
Next articleMorgan’s Wonderland Awarded TripAdvisor Certificate for Fourth Consecutive Year