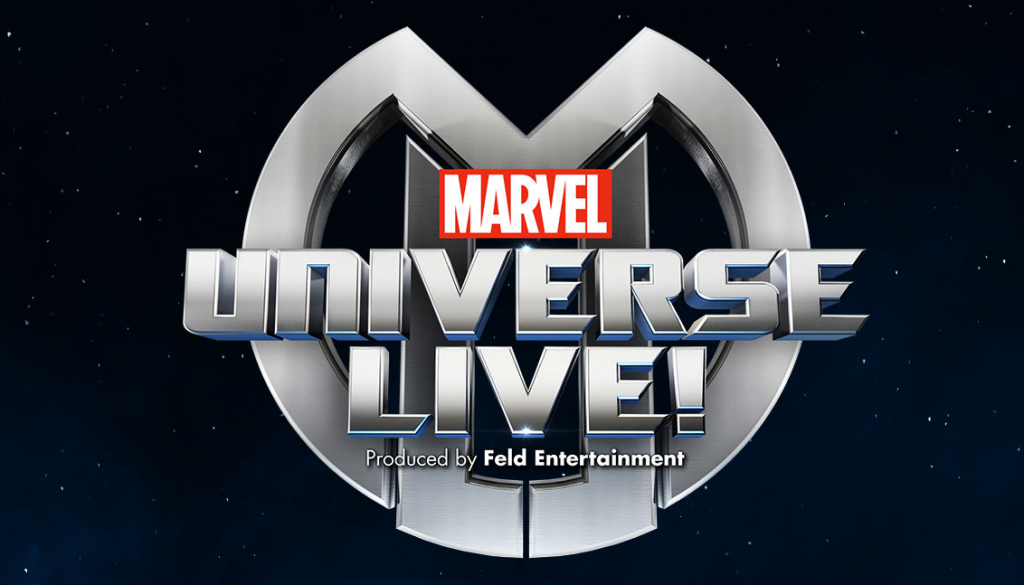 “For Marvel Universe LIVE!, we have assembled an accomplished creative team to develop these characters in a truly authentic production for the millions of Marvel fans around the world,” said Juliette Feld.  “This touring event will be the most technically advanced live show to date, and will bring the Marvel Universe and its bigger-than-life Super Heroes and Super Villains to life before a live audience for the first time.”

Marvel’s chief creative officer Joe Quesada added, “Marvel Universe LIVE! is going to blow people’s minds.  I have personally been involved and collaborating with the unmatched talent and expertise of the Feld team.  The way in which they will be bringing the Marvel Universe to life is truly mesmerizing and there is no doubt in my mind it will be a can’t miss event for Marvel fans of all ages.  I am excited to have the opportunity to share the show’s vision first with our die-hard fans at New York Comic Con.”

Marvel Universe LIVE! will bring Marvel’s most iconic heroes and fearsome villains to life like never before during a live-action arena spectacular that will tour 85 North American cities in its first two years.  Officially kicking off in July 2014, Marvel Universe LIVE! will redefine the live show experience by integrating a Marvel character driven story with state-of-the-art special effects, pyrotechnics, aerial stunts, martial arts and countless other show elements.

Joe Kleimanhttp://wwww.themedreality.com
Raised in San Diego on theme parks, zoos, and IMAX films, InPark's Senior Correspondent Joe Kleiman would expand his childhood loves into two decades as a projectionist and theater director within the giant screen industry. In addition to his work in commercial and museum operations, Joe has volunteered his time to animal husbandry at leading facilities in California and Texas and has played a leading management role for a number of performing arts companies. Joe previously served as News Editor and has remained a contributing author to InPark Magazine since 2011. HIs writing has also appeared in Sound & Communications, LF Examiner, Jim Hill Media, The Planetarian, Behind the Thrills, and MiceChat His blog, ThemedReality.com takes an unconventional look at the attractions industry. Follow on twitter @ThemesRenewed Joe lives in Sacramento, California with his wife, dog, and a ghost.
Share
Facebook
Twitter
Linkedin
Email
Print
WhatsApp
Pinterest
ReddIt
Tumblr
Previous article
Dollywood Releases Stats and Ride Video for FireChaser Express
Next article
Children’s Museums of Indianapolis Haunts a Time Warp Full of 50 Years of Fear